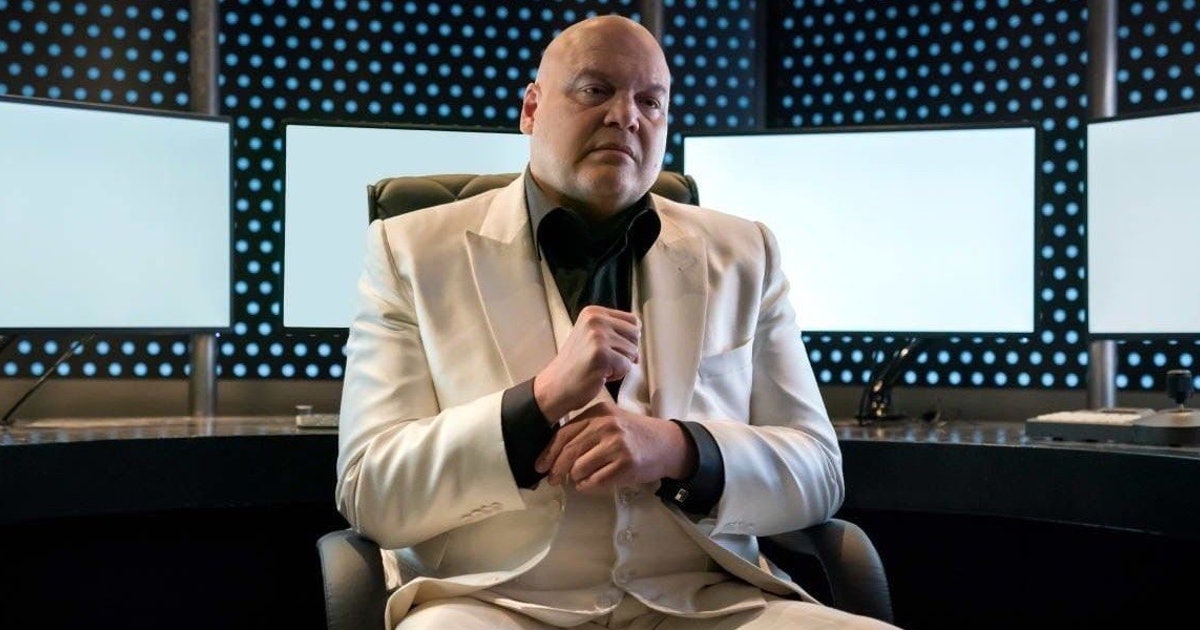 Kingpin’s next big role after ‘Hawkeye’ has already been revealed

Hawkeye Episode 5 ends with a massive moment for the Marvel Cinematic Universe: the return of Wilson Fisk, better known as Kingpin (Vincent D’Onofrio). The character hasn’t been seen in live-action form since Netflix’s Daredevil series came to an end in 2018, and fans have been asking Marvel to bring D’Onofrio back ever since.

Hawkeye just gave them what they wanted. While the character’s presence in the series has been limited so far, he’s expected to play a sizable role in the Disney+ show’s sixth and final episode. Odds are the Hawkeye finale won’t be the last time we see D’Onofrio’s Kingpin in the MCU either.

In fact, Hawkeye Episode 5 actually sets up his role for one upcoming Marvel project.

The King’s Return — During his parking lot confrontation with Maya Lopez (Alaqua Cox), Clint Barton (Jeremy Renner) informs her that he was in the Tracksuit Mafia warehouse the night her father was killed because he’d been tipped off by an informant within the gang. “Your boss wanted your father dead,” he tells Maya, planting a seed in her mind that doesn’t take long to sprout.

In her very next scene, Maya questions her lifelong friend, Kazi Kazimierczak (Fra Fee), about why he wasn’t in the warehouse with her father when he died. When Kazi’s nervous answer fails to satisfy her doubts, she hops on her motorcycle and rides off into the night.

This might all seem insignificant in the grand scheme of things. However, Maya’s growing distrust for the Tracksuit Mafia and those she’s long considered her closest allies will likely serve as the foundation for Marvel’s Echo series, which D’Onofrio’s Kingpin will almost surely have a role in when it hits Disney+.

Echoes of the Past — Echo, one of Marvel’s many upcoming titles, will focus entirely on Alaqua Cox’s Maya Lopez. In the comics the character adopts the “Echo” moniker because of her ability to copy the fighting styles of others and, much like in Hawkeye, the comic version of Maya loses her father at a young age.

In the comics, her father is killed on the orders of Wilson Fisk, who then takes Maya in as his adopted daughter. At first, Hawkeye Episode 3 seemed to throw that origin story out the window when it showed Ronin killing Maya’s father, William (Zahn McClarnon). However, the show’s fifth episode reveals the full story behind William’s death — Clint did kill him, but only because he’d been sent by someone who wanted Ronin to take out William and cripple his Tracksuit Mafia outfit.

In other words, Hawkeye has opened the door for Wilson Fisk to still be responsible for William Lopez’s death. That’s important because Fisk’s involvement in the death of Maya’s father plays a major role in her comic book story. Fisk tells her that Matt Murdock is the one who killed her father, which sends her on a mission to kill Murdock that nearly succeeds.

While Hawkeye has remixed Maya’s story by having Clint not only kill her father but also tell her about the Kingpin’s possible involvement, the Disney+ series has still laid all the necessary groundwork for a comics-esque conflict to play out between Maya and Fisk in Echo.

The Inverse Analysis — It’s always possible that Marvel’s immediate plans for Wilson Fisk after Hawkeye involve projects unrelated to Echo. Fisk has so many connections to different operations and villains throughout the Marvel universe that he has the potential to be someone who pops up in a wide number of films and TV shows.

However, the one Marvel title that seems the most likely to feature Fisk in a prominent role is undoubtedly Echo. Kingpin is simply too important of a character in Maya Lopez’s story for him not to appear in a spin-off series that’s all about her, which is why Hawkeye has already done so much to set up a pre-existing relationship between the two characters within the MCU.

The good news is that D’Onofrio’s Fisk isn’t the only Daredevil character expected to appear in Echo. Charlie Cox’s Daredevil is also rumored to have a role in the highly anticipated Disney+ series, which would revive a great dynamic from their time on Netflix.

Hawkeye is streaming now on Disney+.

Hawkeye Episode 5 ends with a massive moment for the Marvel Cinematic Universe: the return of Wilson Fisk, better known as Kingpin (Vincent D’Onofrio). The character hasn’t been seen in live-action form since Netflix’s Daredevil series came to an end in 2018, and fans have been asking Marvel to bring D’Onofrio back ever since. Hawkeye…

Hawkeye Episode 5 ends with a massive moment for the Marvel Cinematic Universe: the return of Wilson Fisk, better known as Kingpin (Vincent D’Onofrio). The character hasn’t been seen in live-action form since Netflix’s Daredevil series came to an end in 2018, and fans have been asking Marvel to bring D’Onofrio back ever since. Hawkeye…