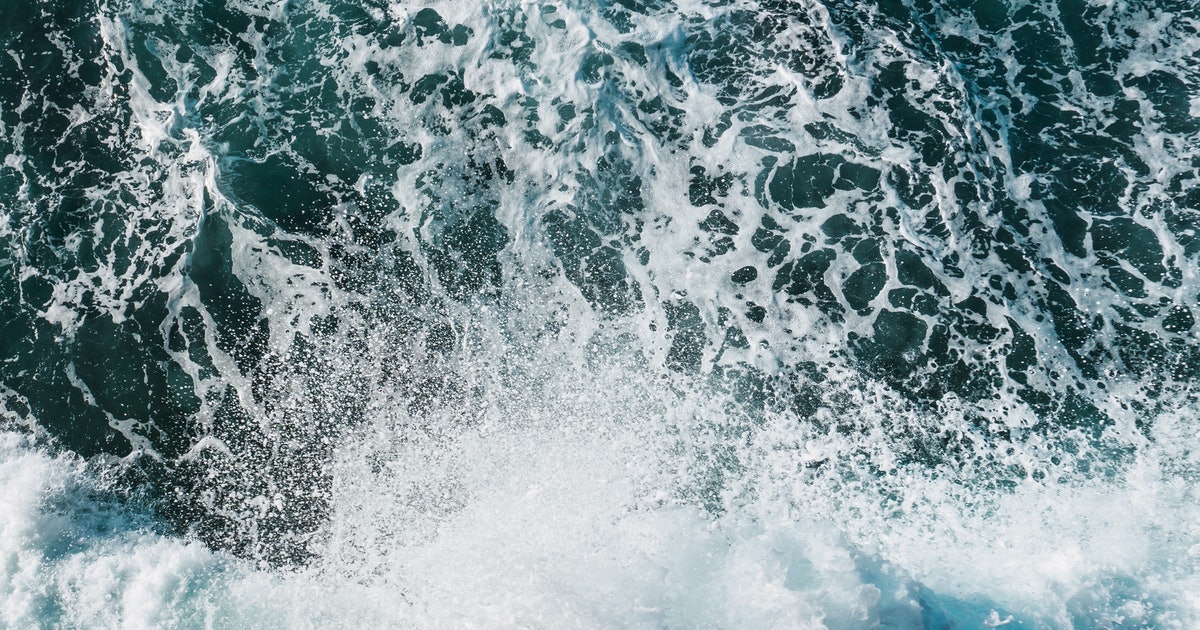 Have you ever walked on a beach in the snow? One of my favorite winter-time memories is of walking on the beach near my house on Islay, a Hebridean island off the coast of Scotland, and the snowflakes falling gently down into the sea foam and carpeting the dunes. It is magical. The sea is magical. Humans, however, are less so, and our desire for plastics threatens to ruin both my own and your transcendental beach experiences.

I’m Claire Cameron, an editor at Inverse. Today’s top story should make you worried about the health of the Earth as if you did not have enough to worry about today. But hey! It is Friday, breathe in. It is seven days until the James Webb Space Telescope launches, breathe out. I hope you feel as centered as I do (not at all).

This is an adapted version of the Inverse Daily newsletter for Friday, December 17, 2021. Subscribe for free and earn rewards for reading every day in your inbox. ✉️

Scientists have discovered chemicals known as PFAAs are being transported across long distances via sea spray — entering the atmosphere and affecting human health.

The findings have serious implications for understanding how these toxic chemicals make their way into the atmosphere and affect human health, especially for coastal communities.

The data pose serious concern for not just casual beachgoers and coastal residents, but to a majority of humans — sea spray sends the toxic chemicals hundreds of kilometers into the atmosphere. A fraction of PFAAs — such as from manufacturing production — will continue to circulate between the oceans and atmosphere in a horrific loop.

“And, because they never degrade, even if we manage to eliminate the use of PFAAs, past emissions will likely keep haunting us for quite a long time,” the researchers grimly conclude.

Read this next: Hemp plants can suck PFAS, aka “forever chemicals” out of the ground

You depend on bees. Bees pollinate all of our staple food crops — that deli sandwich you’re eating? Thank bees for the bread flour. Oh, and the slaw too. And the cold cuts or the cheese (bees pollinate the food crops that cows, pigs, and other animals eat, too). But this critical creature is declining — fast.

If you feel like you’ve heard this one before — bees are declining, save bees — then allow us to take it a step further. Older research showings big drops in bee numbers also tend to focus on one region or species. American honeybees are particularly popular research subjects, for example. But a recent report argues there is a global decline in wild bee populations.

Here’s why it matters.

A lyre identified in Kazakhstan bears striking resemblance to the famed Sutton Hoo lyre of medieval Europe — but there are hundreds of years and thousands of miles separating these two instruments.

The Anglo-Saxon lyre is one of the most iconic musical instruments of medieval Europe — however, the Kazakhstan lyre suggests the instrument was played across the world for hundreds of years prior to the Anglo-Saxons coming on the scene.

Around the time both lyres were created, travelers would have been exchanging goods along what was called the Silk Road. But ultimately, this is a period of European history we know very little about — for a long time, archaeologists have called this era the Dark Ages. But the lyres’ similarities suggest it was perhaps not so dark, after all.

See the lyres for yourself.

Read this next: How do you unwrap a mummy? New technique doesn’t need human hands

The idea is based on the climate model of planets, which estimates that while planets that lie outside of their star’s habitable zone can’t sustain enough water, some may be warm enough to have liquid water if there’s enough carbon dioxide in their atmosphere.

The carbon dioxide would lead to the warming of the planet’s atmosphere in what is known as the greenhouse effect, the same effect that is warming our own planet with the rise of industrialization.

The study also suggests that land planets would have a much drier atmosphere compared to a planet with large amounts of water on its surface. This would lead to a wider habitable zone for land planets, according to the study.

Here’s how they tested it.

Have you ever walked on a beach in the snow? One of my favorite winter-time memories is of walking on the beach near my house on Islay, a Hebridean island off the coast of Scotland, and the snowflakes falling gently down into the sea foam and carpeting the dunes. It is magical. The sea is…

Have you ever walked on a beach in the snow? One of my favorite winter-time memories is of walking on the beach near my house on Islay, a Hebridean island off the coast of Scotland, and the snowflakes falling gently down into the sea foam and carpeting the dunes. It is magical. The sea is…