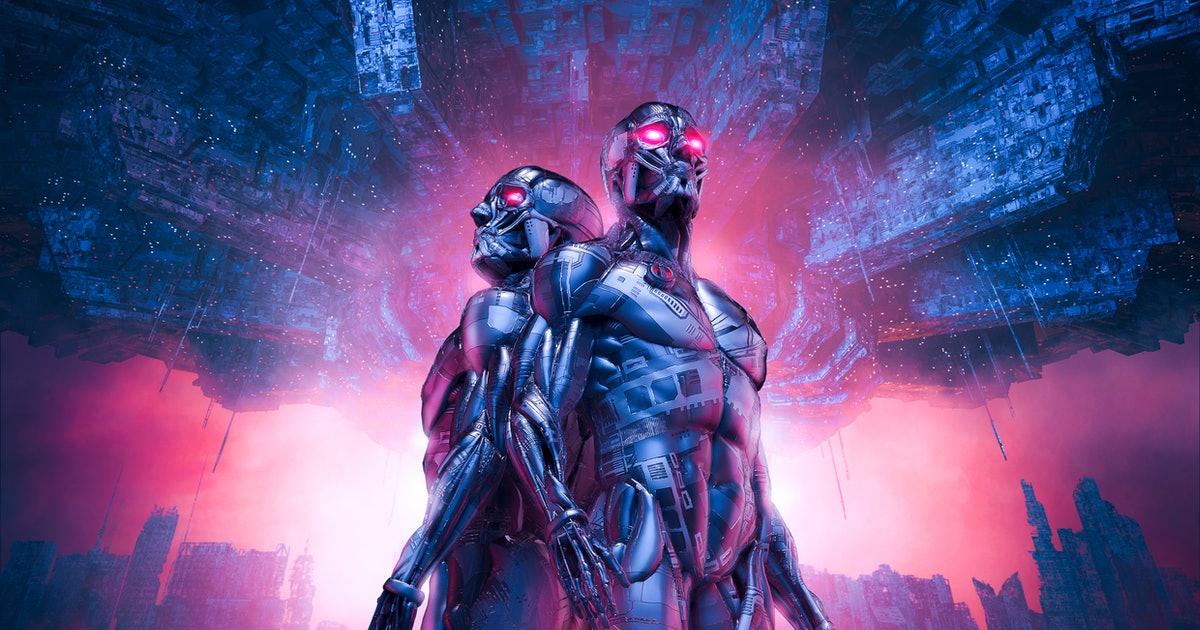 In 1999, the Wachowskis released the first movie in an epic sci-fi trilogy: The Matrix. Our world — if it’s really our world —has never been the same since.

The Matrix keenly foresaw the debates unfolding today around the role of AI in society, the enormous scope of virtual reality, and the potential threat of autonomous robots.

So with Neo (and Trinity) returning in The Matrix Resurrections, there’s never been a better time to ask: will super-intelligent machines soon take over human society?

Maybe not, but there are still plenty of reasons to be concerned by AI. Philip Brey, a professor of philosophy and ethics of technology and head of the SIENNA project’s AI and robotics team, tells Inverse that we may be looking for danger in the wrong places.

The worry “that AI systems could consider themselves superior to humans and use this as an excuse to take control and subjugate the human race” is “speculative science fiction,” Brey says, “The threat of machines taking control does not strictly depend on them being superintelligent.”

Scary stuff… but it’s not all bad. So sit back and plug into the simulation as we break down the three biggest scientific questions raised by the original Matrix trilogy:

In the Matrix, machines look, speak, and behave much like humans — just with a slightly robotic lilt to their voice and lightning-fast reflexes, of course.

But that hyper-realistic depiction is a far cry from real-life technology, which isn’t exactly on par with the movie’s robotic counterparts.

“With the current algorithms, AI would never replicate the uniqueness of the human brain,” Alysson Muotri, a professor of cellular and molecular medicine at UC San Diego, tells Inverse.

Muotri studies the complexity of the human brain. He explains that AI is “even better than humans” when it comes to identifying things based on prior training. Train an algorithm to recognize enough faces, and it’ll become really good at recognizing faces — though AI facial recognition technology can also have dangerous biases.

But the main challenge preventing AI from becoming like humans is that they “cannot continuously learn and adapt to an unseen situation,” Muotri says.

“AI would never replicate the uniqueness of the human brain.”

British mathematician Alan Turing invented the Turing test, which challenges a robot to convincingly present as a human in a text conversation. While some modern chatbots could be taken as an argument that robots have passed as humans, most neuroscientists aren’t convinced — yet.

“AI can fool you in a simple conversation based on a dataset or formula,” Muotri says, “but if you increase the complexity of the conversation just a bit, you can detect that the other part is not human.”

2. Is it possible to download data to your brain?

In one of the coolest scenes in The Matrix, Neo gets strapped into a machine that strangely resembles a real-life brain-machine interface — a device that connects the human mind to a machine using implants and electrical impulses.

“No human being would learn karate from scratch.”

Naturally, the movie left a big impression. “ I thought it was really one of the best sci-fi movies I saw,” Nicolelis says.

But that doesn’t mean it’s scientifically realistic. The human brain learns by association — so, going out and doing things, not by downloading information like a computer.

“You cannot directly download or upload content” to the brain, Nicolelis says. “No human being would learn karate from scratch.”

1. Will machines take over humans in the future?

“The matrix is a computer-generated dream to keep us under control,” Morpheus tells Neo, blowing both his mind and that of audiences around the world.

The Matrix reflects a fear that science-fiction writers have been heralding since the days of Arthur Clarke: the domination of man by its own creation.

Humans have long wondered whether robots will achieve consciousness — the uniquely human awareness of one’s own existence. It’s the first step to robots taking over as in The Matrix, and as AI algorithms become increasingly sophisticated in recent years, it’s easy to see it as an imminent concern.

“Algorithms are harming us indirectly…”

But while filmmakers like the Wachowskis may be concerned with robot domination, AI ethicists think we can relax a little. Robots will only seize control in the far-off future — if ever.

“For the foreseeable future — say, the next 20-50 years — AI ethicists are not too worried about machines being conscious or more intelligent than humans,” Brey says.

But you don’t need superintelligent robots to be worried about machines taking over. Brey says there are three reasons to be concerned about AI control even today.

Houtan Jebelli, an assistant professor of architectural engineering at Penn State University whose work focuses on improving communication between robots and humans on construction sites, says most robots have “predefined scenarios” that limit their functions to specific tasks that help humans — like a Zoomba cleaning your floor.

But he also adds, “If the robots reach the point that they can define a new scenario — a new action without human intervention — that may cause some potential risk.”

“… they are shaping human behavior.”

But Nicolelis proposes an even more chilling idea: The machines have already taken over, we just don’t realize it yet.

Modern society now depends on algorithms that dominate every aspect of our life, recommending the products we buy, which friends we talk to, who we date, and even dominating our stock-market-driven economy.

“Algorithms are harming us indirectly,” Nicolelis says. “They are shaping human behavior.”

The Matrix trilogy is streaming now on HBO Max and Hulu.

In 1999, the Wachowskis released the first movie in an epic sci-fi trilogy: The Matrix. Our world — if it’s really our world —has never been the same since. The Matrix keenly foresaw the debates unfolding today around the role of AI in society, the enormous scope of virtual reality, and the potential threat of…

In 1999, the Wachowskis released the first movie in an epic sci-fi trilogy: The Matrix. Our world — if it’s really our world —has never been the same since. The Matrix keenly foresaw the debates unfolding today around the role of AI in society, the enormous scope of virtual reality, and the potential threat of…

Is Earth’s long-lost twin lurking in the outer Solar System?

A satisfying ending and a promising beginning