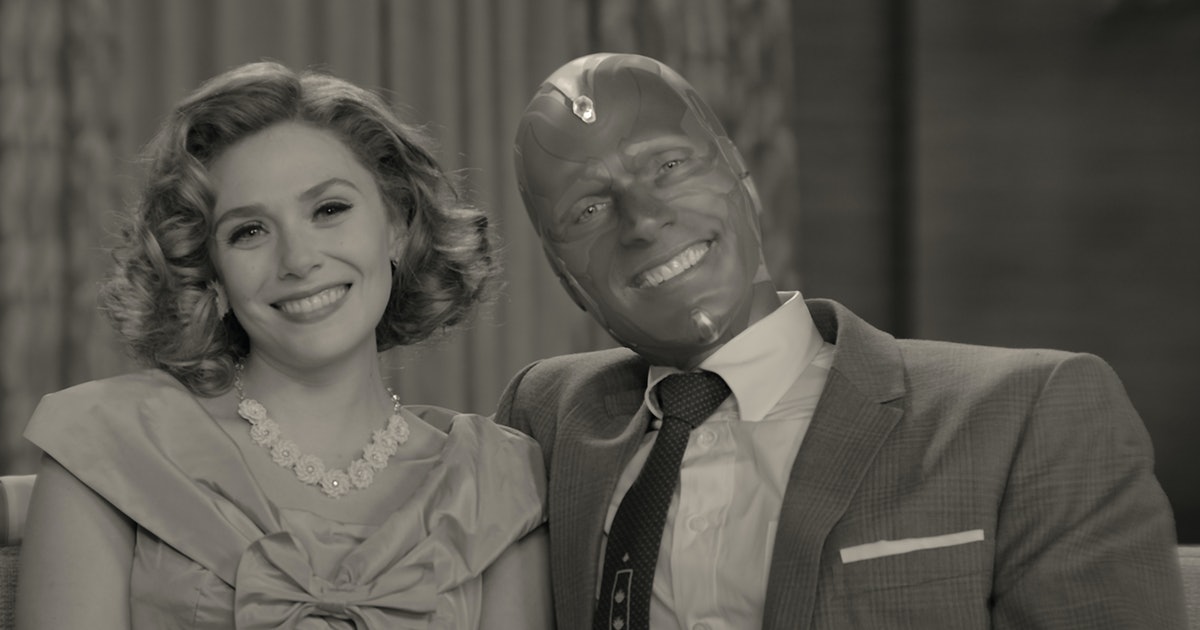 Marvel’s most overlooked character of 2021 needs a spinoff ASAP

Standing in a stretch of suburban New Jersey, an FBI agent surveys a ghost town. He isn’t suave like James Bond or square-jawed like Jack Reacher. But with the quick flash of a card, his confident self-identification, “James E. Woo, FBI” ensured Marvel fans they’ve met someone they won’t soon forget. Again.

Played by sitcom veteran Randall Park, Jimmy Woo is a different kind of hero to a universe filled with them. Originally a bumbling obstacle for Paul Rudd in the charming but toothless Ant-Man and the Wasp, Park’s second turn as Agent Woo – a once-obscure character whose history predates Marvel itself – restored his comic book swagger while never sacrificing a sense of humor. Only Randall Park could pull off a magic trick like that.

SCENE STEALERS is a countdown that salutes the unforgettable small-screen characters of the year. Jimmy Woo is #19.

Woo’s return to the Marvel Cinematic Universe was in WandaVision, one of the first buzzy shows in 2021 and still a standout in the uniformed MCU. With its loving spoofs of bygone TV and tearful musings on grief and loss, WandaVision was the perfect re-entry into the expanding universe after Avengers: Endgame. For half the time, there was Jimmy Woo, watching along with us and asking the same questions fans have with Darcy (Kat Dennings) and Monica (Teyonah Parris).

Who is Jimmy Woo?

Only Randall Park could be a hero and comic relief in a single entity. For many, his face was a familiar one. He was “Asian Jim” in one of the all-time best cold opens to The Office, and smug Danny Chung, a political rival to Julia Louis-Dreyfus in Veep. His empathetic but absurdly hysterical dictator Kim Jong-Un in 2014’s The Interview nearly started a conflict with North Korea. Pretty wild for a guy who used to spit bars on MTV. (In case you’re wondering, he’s still got venom.)

But it was his role as goofy, loving Louis in ABC’s Fresh Off the Boat that took Park’s career to a new level. Admittedly the sitcom, based on chef Eddie Huang’s memoir, softened Eddie’s father from real life (The New Yorker’s Emily Nussbaum observes he was “a cruel bully”) into a typical TV dad. But the role made Park a revelation. He could play authoritative and funny at once. That’s a useful skillset for Jimmy Woo, who dreams of saving the day but lacks the superpowers necessary to do so.

Jimmy Woo has never needed powers, though. In comics, Jimmy Woo debuted in 1956, years before publisher Atlas Comics adopted its new, more familiar name: Marvel. Like other pulp heroes of the day, Jimmy Woo was a cool-as-ice secret agent who took on evil masterminds. In the years immediately after WWII, anti-Asian racism was ubiquitous in everyday American thinking. Yet there were Jimmy Woo comic books, giving readers a hero anyone could look up to – not a single radioactive spider needed.

Jimmy Woo claimed space in a time and industry allergic to an Asian American presence. So too did Randall Park. Speaking to Polygon, Park lamented that the sitcoms he loved didn’t resemble a life he knew. “I was obsessed with sitcoms,” Park said. “It wasn’t until I got older that I started to think like … I don’t think there was a single Asian person the entire time.”

“A hero anyone could look up to — not a single radioactive spider needed.”

Park would later tell the stories he wished he enjoyed. “[After] becoming an actor and seeing how rare it was to see an Asian lead on anything, it felt like … I could get my career to a place and that this industry will be at a place where a show like Fresh Off the Boat would exist. And then it happened.”

Evolving from joke role to shot-caller, Jimmy Woo’s dexterity is good for more than just card tricks. After Marvel became the House of Ideas, Jimmy Woo stayed in the universe and led the Agents of Atlas, a Guardians of the Galaxy-esque unit of misfits authorized by the FBI. I don’t have to speculate a theoretical spin-off show like that, because the MCU did it for me. As Monica tells Jimmy in Episode 9 as he’s laying down orders in a town fresh from chaos, “Authority looks good on you, Jimmy.”

Before Shang-Chi, there was Jimmy Woo. Now, when anti-Asian racism is as commonplace as it was when Jimmy Woo’s first comics hit stands, the need for warm, funny, and most of all, noble lead Asian American protagonists like Jimmy Woo is more critical than ever. Sure, Jimmy Woo may not have the flashiest superpowers, or any powers at all, but what makes him special is no less impressive. It’s all in the wrist.

WandaVision is streaming now on Disney+.

Standing in a stretch of suburban New Jersey, an FBI agent surveys a ghost town. He isn’t suave like James Bond or square-jawed like Jack Reacher. But with the quick flash of a card, his confident self-identification, “James E. Woo, FBI” ensured Marvel fans they’ve met someone they won’t soon forget. Again. Played by sitcom…

Standing in a stretch of suburban New Jersey, an FBI agent surveys a ghost town. He isn’t suave like James Bond or square-jawed like Jack Reacher. But with the quick flash of a card, his confident self-identification, “James E. Woo, FBI” ensured Marvel fans they’ve met someone they won’t soon forget. Again. Played by sitcom…