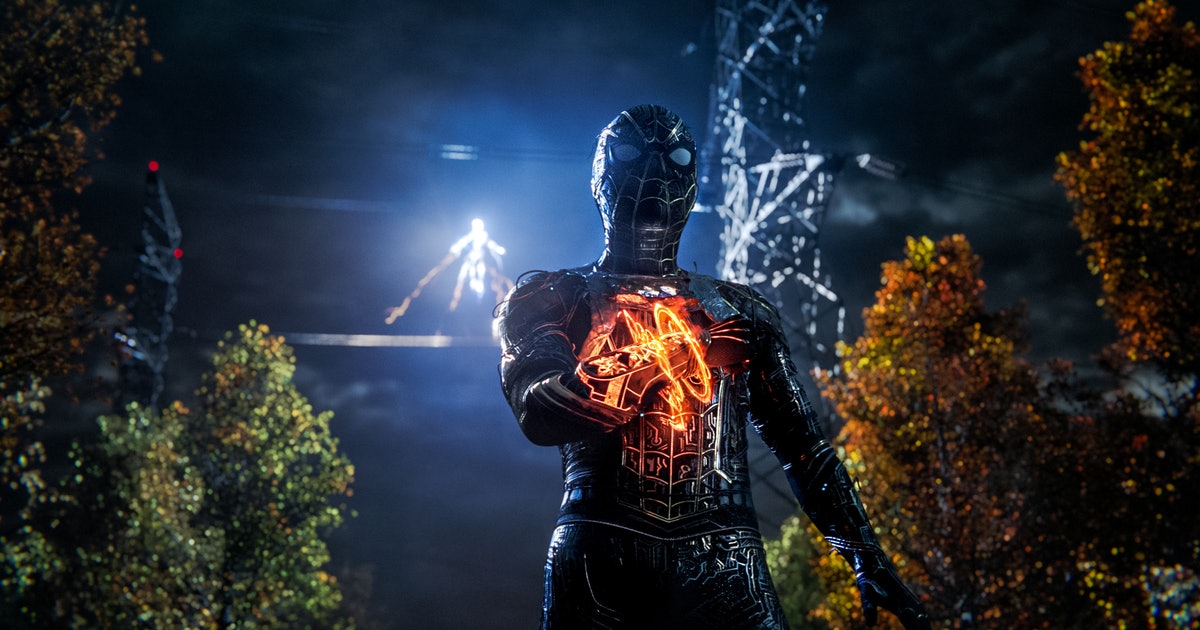 Turn back now if you wish to avoid being spoiled on all the guest appearances in Spider-Man: No Way Home. The biggest movie of the holiday season contains plenty of surprises, so don’t say we didn’t warn you.

Warning: Spoilers for Spider-Man: No Way Home ahead.

In Spider-Man: No Way Home, the multiverse cracks open thanks to Peter Parker (Tom Holland), who wishes to erase all public knowledge that he’s Spider-Man. A spell cast by Doctor Strange (Benedict Cumberbatch) goes awry, inviting strangers from throughout the multiverse to come spilling into the Marvel Cinematic Universe.

But it’s not just those beings who show up for the movie. There’s a lot of surprise faces in Spider-Man: No Way Home; some are prominent figures from the MCU, while others are just recognizable from something else you’ve seen. To alleviate those distracting, “Where do I know them from?” questions, consider this comprehensive list your aid.

Outside of the main characters, here are all the important faces you need to know about in Spider-Man: No Way Home, in order of appearance.

Appearing via recycled footage from Spider-Man: Far From Home, it’s actually Jake Gyllenhaal’s now-deceased Mysterio who opens No Way Home. Sadly for Gyllenhaal’s fans, this is the only time the actor’s surprisingly hot Mysterio appears in the movie, and it’s nothing you haven’t seen already.

Faces might change across the multiverse, but J. Jonah Jameson is still played by J.K. Simmons in the MCU. Reprising his brief role in Far From Home, Jameson returns in a smaller capacity than fans might think. He’s a loud thorn in Spider-Man’s side, rubbing salt in Spidey’s wounds when the web-slinger suffers his greatest losses yet.

Based on how the movie ends, however, it’s not impossible to imagine Peter Parker working at Jameson’s InfoWars-esque Daily Bugle in the name of paying his rent.

Representing the Department of Damage Control is Agent Cleary, played by Arian Moayed. Introduced in 2017’s Spider-Man: Homecoming back when Marvel had plans for a Damage Control television series, the Department returns in No Way Home and sets its sights on the now-unmasked Peter Parker.

No Way Home features Moayed in a small role limited to the opening of the movie. If you’ve been scratching your head wondering about Moayed’s familiarity, you probably know him best as Stewy, Kendall Roy’s friend/rival/friend again on HBO’s Succession.

As revealed in the trailer, Wong does show up in No Way Home. We learn that Wong is the new Sorcerer Supreme (thanks to a hilarious technicality), so expect that to matter in the future of the MCU. So weird that Wong is also competing in underground fight clubs, no?

The leaks… they be true!

Yes, for the first time ever, the Marvel Netflix-verse (yuck) is now fully connected to Marvel’s theatrical side with Charlie Cox back in his role as Matt Murdock, a blind lawyer who moonlights as the vigilante Daredevil. And to be clear, he is Daredevil. Despite not wearing the red horns in the movie, Matt makes a really interesting save from a brick thrown in Peter’s kitchen. As he puts it himself, he’s a very good lawyer.

Will the rest of the Defenders follow their friend into the MCU? Time will tell.

This is advertised in everything from the trailers to his own movie poster, but yes, Alfred Molina reprises his incredible Doc Ock from 2004’s Spider-Man 2. Unofficially the leading face of the movie’s influx of villains, Otto Octavius is just as theatrical and complex as he was all those years ago, all thanks to a very committed Alfred Molina.

Exhibiting the same commitment as Molina, Willem Dafoe hasn’t lost a step in his unforgettable portrayal of Green Goblin in 2002’s Spider-Man. Dafoe also exhibits some new shades as Norman Osborn, which is almost enough to make you feel for him. And then the punching begins, and you remember just what sort of monster the Green Goblin has been all along.

Hailing from 2012’s The Amazing Spider-Man is Rhys Ifans, who returns to voice his mutated Lizard in No Way Home. It’s not until the end of the movie that we actually see Ifans as Dr. Curt Connors, and even then there are extreme shades of the Doctor Who 50th anniversary special at play in its recycling and cutting of old B-roll footage as if it were something new. It’s made even more obvious with a character a little further down this list.

Shocker! He’s back. (No, not the Shocker.) Jamie Foxx returns from 2014’s The Amazing Spider-Man 2 as a cooler, more handsome, and more comic book accurate Electro. And in what is probably one of the most interesting ways of connecting universes, Electro thirsts for the energy contained in Tony Stark’s power supply.

Like the other villains, Max ends up “cured” of his villainy. And in the end, he gets closure with Andrew Garfield’s Spider-Man that the 2014 film never delivered. More on that later.

Thomas Haden Church does return as his Sandman from 2007’s Spider-Man 3. Unfortunately, in another disappointment, he’s almost always in his Sandman form until the end, when yet more existing footage from Spider-Man 3 is recycled after Flint is “cured” of his Sandman state. For the rest of the film, Church lends his voice, but sounds so unrecognizable that I actually thought they recast the role and didn’t tell anyone.

The Spider-Man who was not seen going for a costume fitting in Atlanta and who felt like more of a longshot to appear here was Andrew Garfield, who actually arrives just moments before Tobey Maguire makes his big entrance. Despite Garfield’s public disappointment about his movies, his supporting role in No Way Home takes on an affectionate tone that gives Garfield and his fans all the closure they could want, including a tender callback to one of his greatest failures.

Despite looking like a “cool youth pastor” for most of his appearance, Tobey Maguire does return as his fondly remembered Spider-Man to help Tom Holland get through his own troubles — and to protect him from making a grave mistake of which there’s no turning back from.

Like Garfield, Maguire has plenty to laugh about with his iteration of Spider-Man, from his organic webbing to the lack of Avengers anywhere in his universe. Sadly, it’s never pizza time.

Unfortunately, Eddie Brock and his companion Venom sit out most of No Way Home’s shenanigans, but they do make themselves known at a Mexican bar in the film’s mid-credits scene. We see Eddie and Venom try to make sense of the MCU’s incredibly dense history, including characters like the Hulk and Thanos. Sadly, they’re re-blipped(?) back to their universe after Doctor Strange successfully casts the final spell to erase Peter Parker from public existence. But Venom does leave behind an interesting parting gift.

Without a Richmond jersey on and his luscious hair held back in a pony tail, you’d probably have a hard time recognizing the bartender who’s subjected to Eddie Brock in the credits scene. But if you’ve got an Apple TV+ subscription, you might know him as Cristo Fernández, best known as human golden retriever Dani Rojas in Ted Lasso. To borrow Dani’s words, “Marvel is life!”

Spider-Man: No Way Home is in theaters now.

5 from the Charlie Cox show you need to watch ASAP