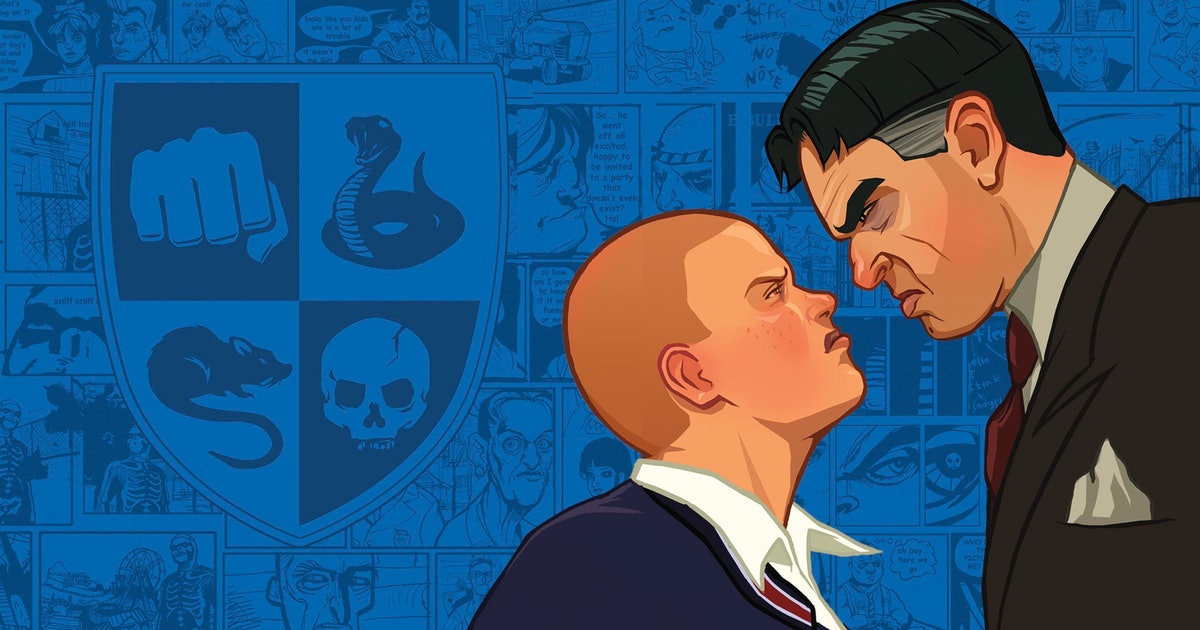 One of the most overlooked games from Grand Theft Auto developer Rockstar Games is 2006’s Bully, which has developed somewhat of a cult following since its release. Despite its positive reception, Rockstar has yet to announce a sequel, as it focuses on GTA Online and presumably GTA 6, instead. That doesn’t mean Bully 2 is completely off the table though. In fact, it’s possible the game is in development right now, and there are leaks and rumors that seem to corroborate its existence. With that in mind, let’s dive into what we know about the potential sequel.

It’s been 15 years since Rockstar released Bully in October 2006. The title revolved around 15-year-old rebel James “Jimmy” Hopkins as he tries to gain clout amongst the different cliques in his posh prep academy. Bully never quite amassed the level of fandom the Grand Theft Auto series garnered, but it’s largely considered to be a cult classic, selling 1.5 million copies as of 2008.

Thanks to a series of leaks from credible insiders, it seems increasingly likely that Bully 2 might become a reality after all.

When is the Bully 2 release date?

The bottom line is that Rockstar has yet to announce Bully 2, so there is no release date for the long-rumored sequel. It was supposedly gearing up to launch in 2020, according to YouTuber SWEGTA, but that never came to be.

Based on rumors and leaks, it’s possible Bully 2 will at least be revealed soon, though, that could mean it won’t launch until holiday 2022 at the earliest.

When will the Bully 2 announcement happen?

Tom Henderson, who is credited with providing many accurate leaks in the past — including ones pertaining to Splinter Cell and Battlefield — explained that Bully 2 was originally supposed to be revealed at The Game Awards 2021.

Bully 2 was expected as a potential surprise reveal at The Game Awards last week after some people have been shown some material alluding to a reveal soon. Information is a bit blurry at the moment, and I have to be quite vague here, but if I hear more I will report on it. Some people saw a “Playable version” just a couple of weeks prior to TGAs (not the canned version). Like I said – Information is blurry at the moment. But I thought it was worth reporting on as there’s something definitely “going on” to do with the series.

Later, on December 14, 2021, Henderson provided an update, stating “I’m actually more confident than yesterday in regards to something happening with the Bully franchise.”

Given Henderson’s positive track record, it’s possible the sequel is at least in the works. Whether or not it sees the light of day is another story.

Where is the Bully 2 setting?

The original Bully primarily took place in the fictional Bullworth Academy and the surrounding town set in the New England area of the United States. Jimmy is sent to the boarding school for a year while his mother and her new husband go on their honeymoon. According to the Bully 2 subreddit, this time gamers will get a taste of Jimmy’s home life.

Jimmy is said to move in with his stepfather in an entirely new town that has yet to be named. There could even be a summer camp setting, which might make up one of the chapters in the potential game.

When does Bully 2 take place?

The sequel is said to take place directly after the original, so not that much time should pass between the two titles. A specific year isn’t mentioned in the original Bully but seeing as the teens Jimmy hangs around don’t carry smartphones it’s safe to say the story takes place either in the ‘90s or early ‘00s.

Who are the Bully 2 characters?

Since Jimmy is expected to leave Bullworth Academy, a whole new set of characters will be introduced.

His mother and stepfather will likely play a similar role as the Bullworth administration did in the original, adults the Jimmy needs to avoid as he gets involved in mischief. Other than that, Reddit claims he’ll have some unnamed step-siblings to deal with.

Aside from his family, two leaked character design sheets were tweeted out by Bully 2 Info an account dedicated to rumors about the game. The images claim to show two side characters that Jimmy meets in the story, named Nick and Abe.

Nick is portrayed as an overweight, awkward geek while Abe is described as a wannabe war veteran who lives in the woods that is “armed to the teeth and completely psychotic, but turns out to be fake” and actually dodged the draft.

Both characters are seen in outfits that seem to align with a potential summer camp setting. Nick has a life vest on while Abe is a survivalist with what seems to be boy scout badges pinned to his chest.

Bully 2 could take the franchise where it has never gone before, but a lot remains unknown about the game and without an official announcement we can’t be sure the game will ever come to fruition.

But with so much evidence surfacing, and with Bully celebrating its 15th anniversary, it would seem like a natural next release for Rockstar. Especially after it revived Red Dead Redemption almost a decade later.

One of the most overlooked games from Grand Theft Auto developer Rockstar Games is 2006’s Bully, which has developed somewhat of a cult following since its release. Despite its positive reception, Rockstar has yet to announce a sequel, as it focuses on GTA Online and presumably GTA 6, instead. That doesn’t mean Bully 2 is…

One of the most overlooked games from Grand Theft Auto developer Rockstar Games is 2006’s Bully, which has developed somewhat of a cult following since its release. Despite its positive reception, Rockstar has yet to announce a sequel, as it focuses on GTA Online and presumably GTA 6, instead. That doesn’t mean Bully 2 is…

The 22 biggest video game questions I need answered in 2022