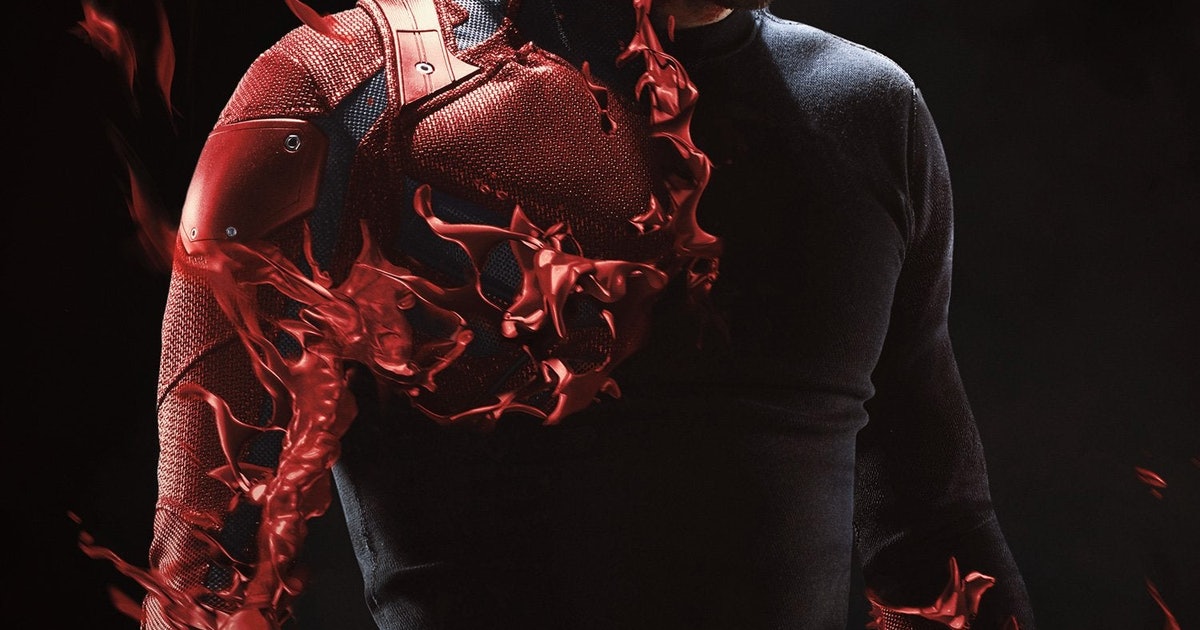 5 from the Charlie Cox show you need to watch ASAP

He might not be exactly the same as he was before, and the format of his return will be different, but Matt Murdock is getting a new lease on life in the Marvel Cinematic Universe, with Charlie Cox reprising the role of the blind lawyer and masked vigilante he inhabited for three seasons and one miniseries in Netflix’s Daredevil and The Defenders.

With Daredevil officially back as of Spider-Man: No Way Home — and rumored to appear again in She-Hulk — there’s never been a better time to get reacquainted. If you don’t have time to rewatch the entire Netflix series, here are five episodes that demonstrate the show’s impact, why fans are so excited for Daredevil’s return, and my own hopes for the character and his supporting cast now that they’re operating under the guidance of Kevin Feige and the MCU proper.

Sure, the first episode of Daredevil introduced us to Matt Murdock, told his origin story, set up his supporting cast of Foggy Nelson (Elden Henson) and Karen Page (Deborah Ann Woll), and cemented his role as a vigilante in Hell’s Kitchen; but I’d argue it was the second episode that made fans take notice. In a rather straightforward episode, Daredevil confronts a gang of Russian mobsters to save a kidnapped boy. What this episode is most famous for is the three-minute hallway fight scene. Every Marvel/Netflix show and future Daredevil season tried to replicate this scene. They all failed.

It’s not simply that the fight is brutal. It shows just how exhausting fighting is. We watch as Matt Murdock, clad in black with white boxing gauze wrapped around his hand, lands and takes punch after punch. He gets winded and gets back up again. He’s an underdog boxer, much like his father was.

The scene is not only a showcase of Matt’s capabilities but his vulnerabilities as well —something we don’t often get in superhero media. There’s a very real sense that Daredevil might not make it. The very notion that our hero could meet his maker fighting nobodies in a dirty building is the kind of glamourless stakes I’d love to see implemented in Daredevil’s return.

The second season of Daredevil introduced Frank Castle (aka, The Punisher, played by Jon Bernthal), a character who I much prefer as a cautionary figure rather than a superhero. Borrowing from Garth Ennis’ Punisher Max, Bernthal’s anti-hero is a severely damaged individual who feels frighteningly real.

The episode opens with Matt Murdock chained up with a gun duct-taped to his hand, a hostage of The Punisher. What follows is a fascinating back and forth between two characters who see their roles in the city, and as vigilantes, very differently. Much like the interrogation room scene in The Dark Knight, this episode gives us a fascinating look into the psyche of two characters who are mere steps away from being the same. It then pushes them both to extremes to define themselves and their missions from each other.

The Punisher urges Daredevil to make more permanent efforts to stop crime — by killing criminals. “I think that this world, it needs men who are willing to make the hard call,” Castle says. “I think you and me are the same!”

Daredevil disagrees, but this argument doesn’t simply come down to words. Murdock gets a chance to put his words into action after he escapes Punisher and knocks him unconscious, dragging him through an army of Dogs of Hell members with one hand (his other is still duct-taped). The ensuing fight is one of the most creative in the series and proves the lengths Daredevil will go through not to kill, even if it is the most difficult way to accomplish his mission.

The Season 2 finale of Daredevil goes full Frank Miller with Daredevil, Elektra (Elodie Yung), Stick (Scott Glenn), and The Punisher facing off against the ninjas of The Hand in a hospital. It all culminates in an epic rooftop battle.

This may be the biggest that the series goes in terms of full-scale superheroics. It’s also the most rewarding for comic book fans who finally get to witness iconic moments in live-action:

“A Cold Day in Hell’s Kitchen” feels like the show fully in its element and embracing the blend of martial arts and mysticism that made Miller’s Daredevil such an iconic book in the ‘80s.

While the episode may feel busy, especially compared to the Season 1 finale, it showcases how Daredevil works as a blockbuster character. It’s an episode filled to the brim with fights, reveals, betrayals, and redemptions that complicate Matt Murdock’s life both in and out of costume.

For those wondering how Daredevil would fit alongside the rest of the Avengers, this episode is proof that the character could hold his own among the team and has a personal life worthy of the big screen.

A bit of a wild card, “Karen” doesn’t feature Daredevil until the end of the episode, when he’s forced to make a choice to either go after Fisk or save the life of Karen Page.

So why is it one of the best episodes of the series? It emphasizes the fact that the success of Daredevil doesn’t just come down to Matt Murdock. His effect on the show’s supporting characters is just as important. While fans have primarily focused their energy on the hope for Cox and D’Onofrio’s return, I’m equally focused on seeing Henson’s Foggy Nelson and Woll’s Karen Page. They were both just as crucial to the show.

“Karen” is a reminder of this truth. A long-suffering comic book character used as a punching bag for years, she went through assault, violence, drug addiction, HIV, and, finally, death. In Daredevil, Karen is given the spotlight and fully fleshed out as a complicated human being worthy of being saved by Daredevil, even if that means sacrificing his mission.

“She becomes a stronger character because of her hardships.”

Woll is something of an underrated actor in Daredevil. She consistently manages to add layers to a character who began in the comics as a secretary and love interest, but evolved on Netflix into a force for justice as a journalist and lawyer.

Told mostly through flashbacks, the episode reveals her troubled life in a small town as a directionless young woman. Karen deals with the death of her mother and dates a drug dealer. She makes several mistakes that end up with her brother’s death too.

But these mistakes don’t define her. And in a reversal from Kevin Smith’s Guardian Devil arc, Karen isn’t killed by Dex (Wilson Bethel), the Proto-Bullseye. Instead, she becomes a stronger character because of her hardships. So as exciting as the potential of seeing Daredevil interact with Spider-Man, Yelena, or the Hulk is, I hope that Karen and his supporting cast get the justice they deserve as well.

The series finale of Daredevil is one for the ages. I’ve been purposefully light on Kingpin-centric episodes on this list. That’s because I’ve been saving the big boy for this episode, in which Wilson Fisk and Daredevil come to blows — and it is brutal!

Fisk marries his one true love Vanessa (Ayelet Zurer), but before their honeymoon can transpire, the celebration is interrupted by the arrival of Dex and Daredevil. The bloody battle results in Fisk paralyzing Dex, and a back-in-black Daredevil beating Fisk within an inch of his life as the Kingpin implores him to deliver the finishing blow.

“Come on! Kill me!” Kingpin demands.

The struggle to resist fulfilling that command is all over Daredevil before he relents and says, “No! God knows I want to, but you don’t get to destroy who I am. You will go back to prison and you will live the rest of your miserable life in a cage knowing you’ll never have Vanessa, that this city rejected you. It beat you! I beat you!”

There is something personal and primal in the concluding conflict between Murdock and Fisk. The episode, particularly that final exchange, is such an impressive showcase of Cox and D’Onofrio’s performances. If it wasn’t clear before, this crystalizes why fans want these actors to return to these roles, rather than be recast. They fully inhabit the characters to the point where their battle, whether through words or violence, is frightening in its intensity. Nothing is left on the table.

The finale — even if it wasn’t written to be a series finale — wraps up most of the thematic threads the show spent three seasons exploring. We find out how far Matt Murdock was willing to go with his war on crime, and whether Fisk could ever truly sacrifice his criminal empire for true love.

The damage that ensues puts both characters almost exactly back where they started: Daredevil re-committed to his vow for justice without killing, and the Kingpin alone and willing to sacrifice everything for love. Yet just because that final confrontation was so powerful, don’t believe for a minute that I wouldn’t jump at the chance to see both characters clash again. Whether the MCU continues the narrative of the Netflix show or reboots with the same actors, my hope is that the relationship between these two pillars of justice and crime will remain as personal as ever.

THANKS FOR READING AND, AS ALWAYS, KEEP YOUR MIND IN THE GUTTER!

The Devil of Hell’s Kitchen rises again. He might not be exactly the same as he was before, and the format of his return will be different, but Matt Murdock is getting a new lease on life in the Marvel Cinematic Universe, with Charlie Cox reprising the role of the blind lawyer and masked vigilante…

The Devil of Hell’s Kitchen rises again. He might not be exactly the same as he was before, and the format of his return will be different, but Matt Murdock is getting a new lease on life in the Marvel Cinematic Universe, with Charlie Cox reprising the role of the blind lawyer and masked vigilante…

One essential feature makes this the EV to beat