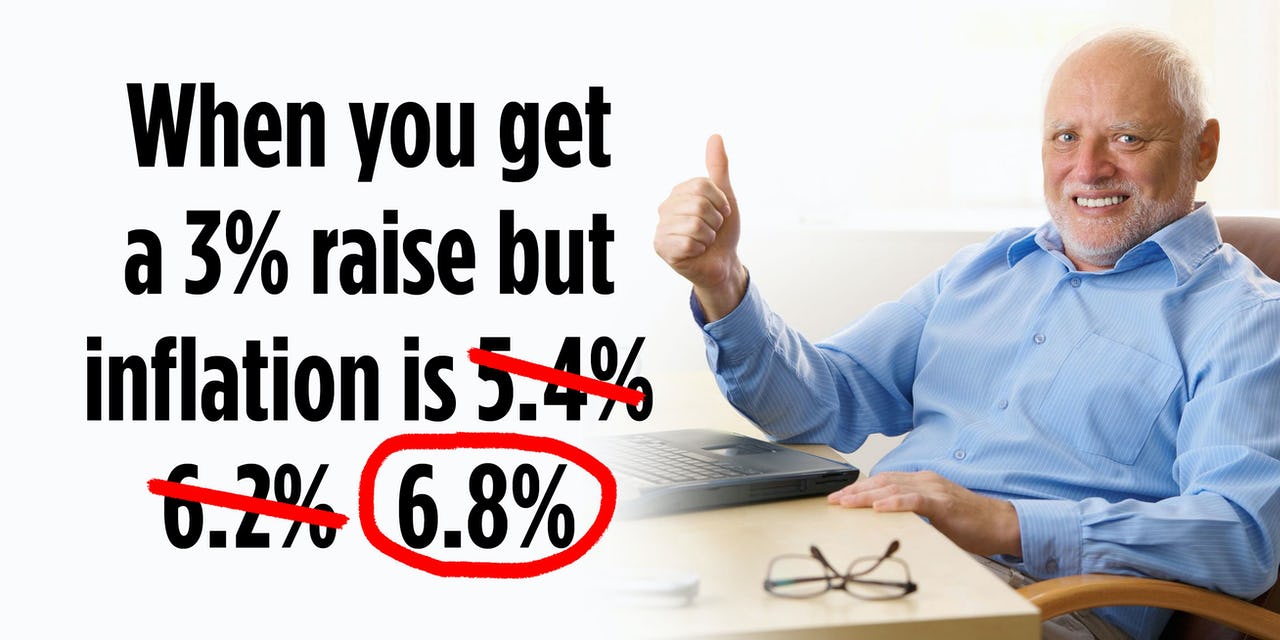 Biden and Pelosi predict victory in ‘22, but voters blame them for rising prices.

“We’re going to win in 2022,” Joe Biden promised the Democratic National Committee at its holiday party. “I wanna tell my Republican friends: Get ready, pal! You’re gonna [be] in for a problem!”

Nancy Pelosi agrees: “Our country could not be … better served than with this most experienced, capable hands than yours, President Biden,” she said. “He’s just perfect. The timing couldn’t be better.”

Both of these swamp dinosaurs are putting their best face on what is increasingly likely to be a big electoral defeat in the 2022 midterms. Presidents typically don’t fair well in their first midterms, and Biden might exceed them all in failure. Why? To quote a prominent Democrat strategist, “It’s the economy, stupid.”

We’ve written ad nauseam about inflation, employment, and the supply chain, all of which are an utter mess right now thanks to last year’s COVID shutdown and the ensuing rampant government spending and interference. Federal spending soared from an already-high 21% of GDP before the pandemic to more than 30% in the last two years. Besides being largely composed of unconstitutional redistribution schemes, economically speaking, this has been a disaster. Politicians goosed demand without the supply to match it.

Political analyst Paul Mirengoff puts it this way: “Inflation is reality’s ‘F-you’ to a central element of liberal hubris — the view that the government can do whatever the hell it wants by way of spending, energy policy, etc. and suffer no bad economic consequences.”

Biden, of course, wants more of the same with his Build Back Better boondoggle. He even has the gall to claim that it’ll “reduce inflation, not increase it.” Democrats like Joe Manchin, on the other hand, see the inflationary mess created by the American Rescue Plan earlier this year and aren’t keen to double down on it.

When Biden isn’t pitching more government spending, he’s doing things like having his EPA tweak the Renewable Fuel Standard to require more ethanol in our gas. Other than eroding older car engines and destroying lawn equipment while decreasing miles per gallon, as well as raising both gas and food prices even further, what’s not to like?

The Federal Reserve is the other big culprit. The Fed targets inflation of about 2% and, not long ago, Chairman Jerome Powell warned about the economic challenge of low inflation. Well, inflation is now 6.8%, the worst since 1982. The producer price index, which measures wholesale prices, is up a record 9.6%.

In what might be the understatement of the year, Powell said Wednesday, “The inflation that we got was not at all the inflation we were looking for.”

For months, Powell and others insisted that inflation was “transitory.” It wasn’t until last month that he finally conceded that it’s “persistent.” No kidding, Sherlock.

On Wednesday, the Federal Reserve announced that it will substantially taper off on its bond buying, as well as projecting that interest rates will rise three times next year, not once as it predicted in September.

Even at 2%, inflation is a highly regressive tax on the American people. High inflation means we get numbers like real wages decreasing 2.3%. Workers certainly feel that pinch like a vise gripping their wallets. That makes the economy a huge issue for voters, and The Hill reports on some shocking poll numbers:

In addition to those expressing concern about inflation and high costs, 46 percent of respondents to the poll said whatever they named as their top issue has been negatively impacted by the federal government in the past few months.

That is the highest degree of blame voters have placed on the federal government regarding their top concern since former President Obama’s administration.

Perhaps that’s because the federal government is doing more to interfere with the economy than it has since Obama. Is it too much to hope that the American people are finally waking up to the virtues of constitutionally limited government? Maybe if everyone keeps feeling the pain in their bank accounts, it could happen.

By NATE JACKSON December 16, 2021 in Economy Biden and Pelosi predict victory in ‘22, but voters blame them for rising prices. “We’re going to win in 2022,” Joe Biden promised the Democratic National Committee at its holiday party. “I wanna tell my Republican friends: Get ready, pal! You’re gonna [be] in for a problem!”…

By NATE JACKSON December 16, 2021 in Economy Biden and Pelosi predict victory in ‘22, but voters blame them for rising prices. “We’re going to win in 2022,” Joe Biden promised the Democratic National Committee at its holiday party. “I wanna tell my Republican friends: Get ready, pal! You’re gonna [be] in for a problem!”…