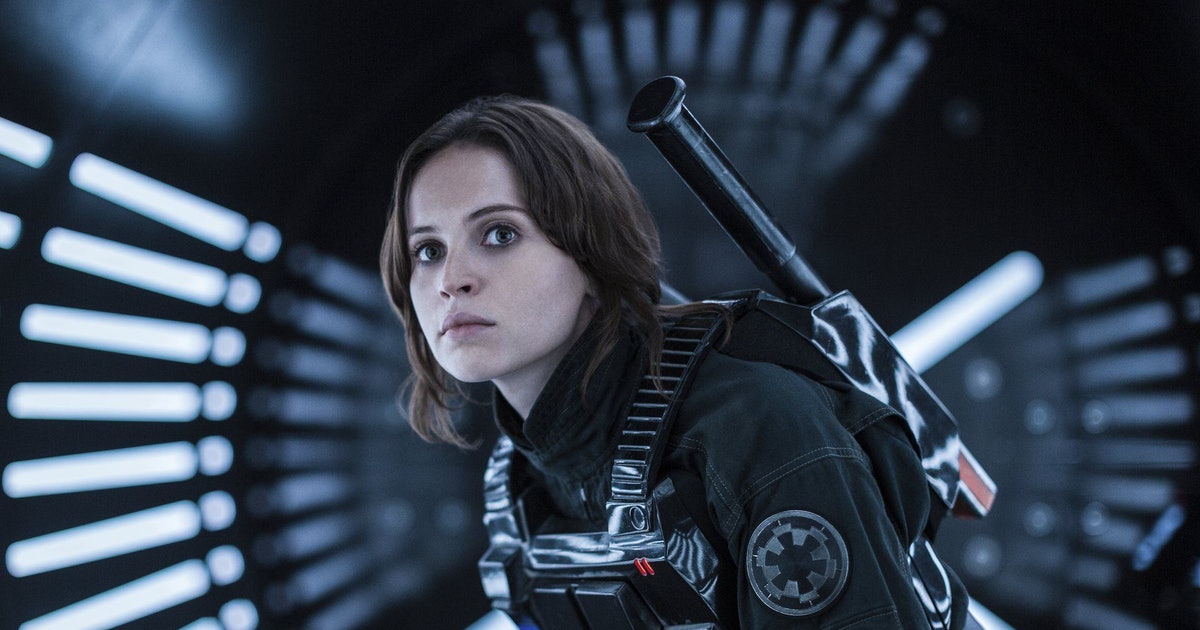 By the time Rogue One: A Star Wars Story hit theaters five years ago, it was already struggling under the weight of substantial expectations. The “standalone” entry into the movie franchise had been rumored for years before Lucasfilm finally confirmed it in 2014 with the news that Godzilla director Gareth Edwards had signed on to helm the project.

The movie was said to launch a series of movies standing outside the main series. A year later, the title and minor plot details were announced, revealing that the film would fill what some fans had considered a plot hole for decades: How did the Rebels get the plans for the Death Star before the first movie?

Rogue One promised to be the harbinger of the new Star Wars created by Lucasfilm in the wake of the company being bought by the Walt Disney Company. A new hope, if you will; it would not just be an extension and completion of the storyline started back in the 1977 original movie, but a galaxy of new stories intended to build a new generation of fans. As it turned out, that’s exactly what it turned out to be — but in a very different manner than the way both fans and Lucasfilm executives might have hoped.

Looking back at it from the perspective of the past few years, Rogue One was almost certainly doomed from its conception. Although the movie centers around a cast of new characters, it’s anything but a truly standalone story. If viewed without foreknowledge of the 1977 Star Wars, it ends without an ending, as such, with the Rebels getting the plans but being pursued by an unnamed Darth Vader. And it becomes a pessimistic story about a Macguffin of undefined scope that results in everyone getting killed and the bad guys being mostly triumphant.

That’s hardly the thing to convince newcomers that Star Wars can be an inviting franchise filled with fun stories of derring-do and exciting adventures.

But then, newcomers were never really the point of Rogue One, were they? If that was the case, the movie could have featured the same cast on a similar, if not near-identical, mission in the “current” timeline of the previous year’s Star Wars: The Force Awakens, stealing plans for that movie’s Starkiller Base. (Or, for that matter, any other weapon from the Empire or the First Order.)

As the slavish recreation of the first Star Wars aesthetic made clear, Rogue One was intentionally rooted in fan service and an overwhelming nostalgia for the original trilogy. Worse yet, the downbeat tone of the movie speaks to the same “grim and gritty” attitude that saw multiple comic book heroes placed in “realistic,” depressing storylines in the wake of the success of Watchmen and Batman: The Dark Knight Returns in the mid-1980s.

It was a time when audiences and creators alike attempted to justify their nostalgia by trying to inject the genre with weight and complex morality it was never intended to withstand. It was, very clearly, a movie made by and for fans who’d grown up with the first three films.

Rogue One underscored the fact that Star Wars — a series of movies that had always had one foot in the past — was now being viewed as an extended exercise in maintenance, not creation. Gone was the Art Deco visual influence of the prequel trilogy (or its explicitly political commentary), but in its place was nothing new. It was simply an attempt to recreate the look of three movies from three decades earlier, which were now seemingly considered the definition of what Star Wars was and could be. (Except now, they could be sadder.) What could have been the start of something new was instead a return to minutiae of the past.

There’s another way in which Rogue One proved to be a canary in the coal mine that the Star Wars franchise eventually became. Years before Phil Lord and Chris Miller were fired from Solo, or original director Colin Trevorrow departed Star Wars: The Rise of Skywalker, Rogue One was a movie that demonstrated Lucasfilm’s determination to control the moviemaking process to the point of replacing whoever was necessary to ensure the desired effect.

Director Gareth Edwards was famously sidelined as post-production on the movie went on, with uncredited screenwriter Tony Gilroy — who’d written the Bourne movies — given the job of reworking the film considerably. Gilroy wrote and directed new material (including that Darth Vader scene and the movie’s ending) to bring it more in line with what the studio expected. Gilroy famously said that prior to his involvement, the movie was “in terrible trouble,” and the studio recruited him to fix things after Edwards handed in his version.

Far from being the start of a bold new era of Star Wars that would expand the reach of the property to new audiences, Rogue One proved to be the first true indicator of the conservative way Lucasfilm has handled Star Wars since reviving the franchise. It also revealed just how the studio saw the property moving forward and who the target audience for it really was. Years before things ended poorly with Rise of Skywalker, we’d been told everything we needed to know. We just didn’t realize it at the time.

Rogue One: A Star Wars Story is now streaming on Disney+.

By the time Rogue One: A Star Wars Story hit theaters five years ago, it was already struggling under the weight of substantial expectations. The “standalone” entry into the movie franchise had been rumored for years before Lucasfilm finally confirmed it in 2014 with the news that Godzilla director Gareth Edwards had signed on to…

By the time Rogue One: A Star Wars Story hit theaters five years ago, it was already struggling under the weight of substantial expectations. The “standalone” entry into the movie franchise had been rumored for years before Lucasfilm finally confirmed it in 2014 with the news that Godzilla director Gareth Edwards had signed on to…