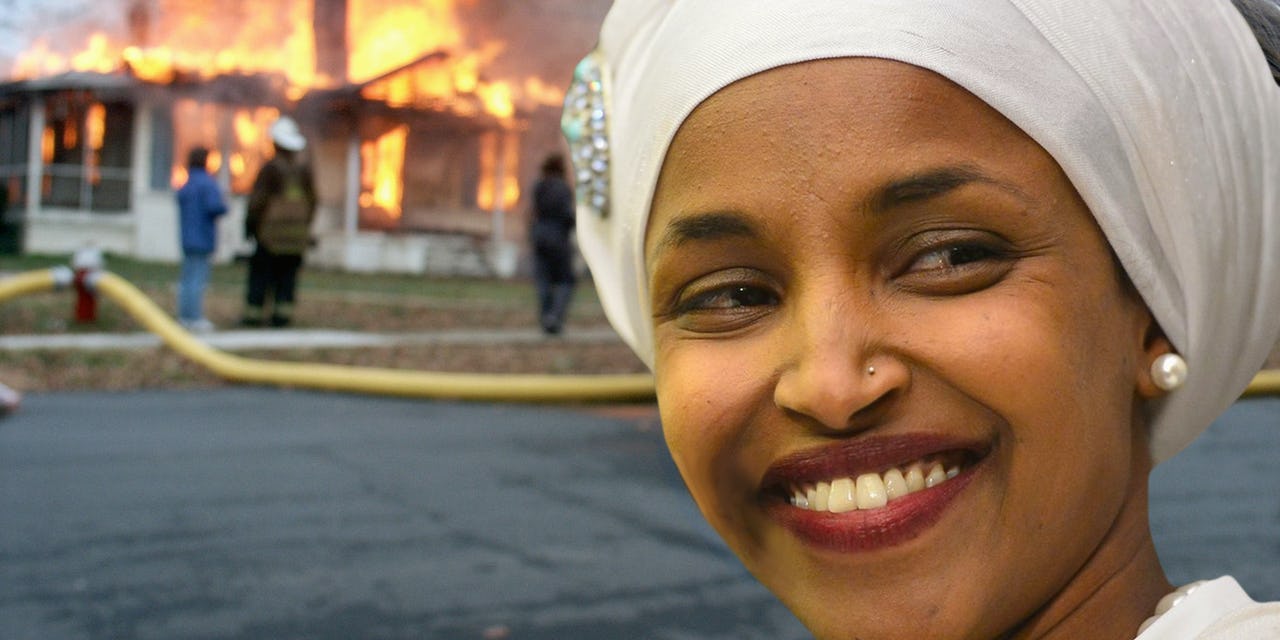 By THOMAS GALLATIN December 16, 2021 in Politics

There has been a recent war of words between House lawmakers following Colorado Republican Lauren Boebert’s off-color joke in which she alluded to Democrat Squad member Ilhan Omar (D-MN) as a suicide bomber. Omar, one of only four Muslims ever elected to Congress, immediately labeled Boebert anti-Muslim.

Predictably, Omar’s Democrat colleagues ran to her defense — and back to their overused fainting couches — decrying Boebert as “Islamophobic.” For her part, Boebert attempted to make amends initially by posting an apology on social media, adding that it was addressed “to anyone in the Muslim community I offended with my comment about Rep. Omar.” She called Omar to offer an apology, which Omar apparently refused.

In typical leftist fashion, Omar played up herself as a victim of anti-Muslim bigotry and demanded action be taken against Boebert. Several Democrat lawmakers joined in calling for Boebert to be stripped from her committees, which has quickly become the Democrats’ favorite tactic — and one they’re really going to hate when they’re in the minority.

Democrat hypocrisy is on a magnitude that would top the Richter scale. One would be hard-pressed to find any current member of Congress with a worse record on racial and religious prejudice than Omar. Her anti-Semitic comments aren’t merely some off-color jokes; they’re the type of sentiment that would make the world’s Jew-haters proud.

Yet Democrats are circling the wagons around one of their most vile members, all in the name of addressing what Pelosi called “the repeating, ongoing, and targeted Islamophobic comments and actions against another member” that are “appalling and totally unacceptable.”

Meanwhile, when Omar has engaged in “ongoing,” “targeted,” and anti-Semitic comments that are “appalling and totally unacceptable,” Pelosi offered the defense that poor little Omar was misunderstood: “I don’t think that the congresswoman perhaps appreciates the full weight of how it was heard by other people, although I don’t believe it was intended in an anti-Semitic way.” In fact, it’s those who found Omar’s comments offensive who were wrong. Pelosi added, “The fact is, if that’s how it was interpreted, we have to remove all doubt.”

So, Democrats will play the game of fighting against racism and anti-religious bigotry with their “Islamophobia” bill, which ironically gives special consideration to Islam by directing the State Department to create a special envoy and office dedicated to combatting “Islamophobia.”

“It is perhaps worth reiterating,” writes political analyst Andrew McCarthy, “that ‘Islamophobia’ is not an authentic condition. It is demagoguery conjured up by the Muslim Brotherhood to discourage examination of sharia supremacism — a construction of Islam, supported by centuries of scholarship, that seeks to implement and spread sharia (Islam’s legal and societal system) by any means available.”

No House Republican voted for the bill. “Republicans firmly believe that no one should ever be attacked or denied their human rights or dignity because of their religious faith,” Minority Whip Steve Scalise explained, “but this rushed, partisan legislation does not represent a serious legislative effort and is instead a divisive messaging bill that is unlikely to become law.”

To Scalise’s point, even as the White House expressed support for the legislation, the Biden administration seemed to believe the bill in its current form fails to pass legal muster. The administration said it “looks forward to working with Congress to ensure the Secretary of State has the necessary flexibility and permissive authority to designate such an office and special envoy and to provide for an annual report monitoring concerning acts of Islamophobia in foreign countries.”

Of course, all of this is political theater. The Senate won’t even take up the bill. Like Pelosi’s January 6 Committee, it’s all about pushing a false narrative regardless of the facts.

By THOMAS GALLATIN December 16, 2021 in Politics Pelosi and company pass the Combatting International Islamophobia Act. There has been a recent war of words between House lawmakers following Colorado Republican Lauren Boebert’s off-color joke in which she alluded to Democrat Squad member Ilhan Omar (D-MN) as a suicide bomber. Omar, one of only four…

By THOMAS GALLATIN December 16, 2021 in Politics Pelosi and company pass the Combatting International Islamophobia Act. There has been a recent war of words between House lawmakers following Colorado Republican Lauren Boebert’s off-color joke in which she alluded to Democrat Squad member Ilhan Omar (D-MN) as a suicide bomber. Omar, one of only four…