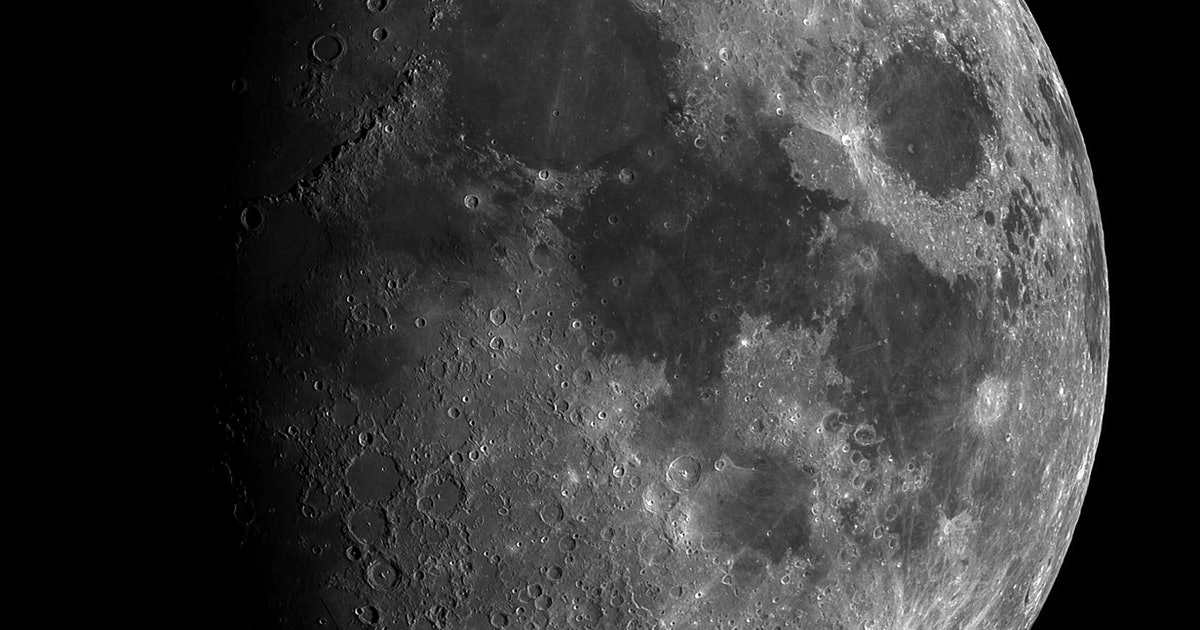 New technology could unlock the secrets of the Moon’s past

It’s hard to imagine scientists failing to examine every corner, crevice, crack, and any other measurable attribute of Moon rocks returned by Apollo missions in the 50 years those rocks have sat on Earth.

But just because humans have looked doesn’t mean all the Moon rocks on Earth have given up all their secrets.

In a new paper published Tuesday in Nature Communications, researchers from the University of Hawaii at Manoa detail how they used newly available sampling and analysis technologies to probe more deeply than ever before into a well-studied Apollo-era Moon rock sample known as Troctolite 76535. The new study suggests the cooling of the Moon from its once molten state was more complicated than scientists thought — and that we haven’t gotten close to exhausting all we can learn from lunar samples a half-century old.

What’s New?— Of the lunar samples brought home by Apollo missions, a subset known as the magnesian suite has been particularly helpful for lunar scientists.

The most widely accepted model of lunar evolution today is the Large Magma Ocean model, which holds that the Moon was once mostly molten, with the various types of rocks and minerals found there today crystallizing out of this magma ocean over time. The rocks of the magnesian suite, for instance, have been assumed to have crystallized over 100 million years.

By carefully examining the composition of Troctolite 76535 — a rock collected by the Apollo 17 mission — Nelson and his colleagues found that the distribution of chemicals such as phosphorus was too heterogeneous to support such a prolonged cooling period. Using computer modeling, they showed that phosphorus, for instance, would have been more evenly distributed throughout the samples if they had remained hotter than 150 degrees Celsius for more than 20 million years.

“Previously, you would have had the magnesium suite liquid starting to crystallize a little bit more than 4.4 billion years ago,” he says. “We were able to cut that down to more like 4.35 billion years ago.”

How they did it— While the new understanding of the magnesian suite is exciting for lunar scientists like Nelson, it doesn’t radically alter our understanding of how the Moon evolved. At least, not yet.

But how they made the discovery just might. Nelson made use of the University of Hawaii’s electron microprobe — an instrument not all that different from the scanning electron microscopes used in biology — along with spectrometers that “allow for very specific measurements of single elements at a given time,” he says.

Such sensitive instruments weren’t available to previous generations of lunar scientists, which was why previous measurements had found uniform distributions of phosphorus in Troctolite 76535. The heterogeneous distribution that appeared in the new data was “unexpected,” Nelson says. Once he had that data, he used contemporary computer modeling techniques to conclude the sample could not have remained hot for more than 20 million years.

“I had to run well in excess of 5 million models,” Nelson says. “It was helped both by the supercomputing facilities here at the University of Hawaii as well as my poor laptop, which had not been turned off for like two to three years, as I was modeling 24/7.”

Why is it important?— Using new techniques to analyze old samples allowed Nelson and his colleagues to discover something new about the Moon. So the larger take away, he says, is that there may be much, much more to learn from older lunar samples.

“These old samples kind of retain their value, especially given that the lunar sample curation team over at NASA has done such an excellent job preserving them,” Nelson says. “Re-analysis of these samples can teach us new things about how the Moon and thus other early forming objects in our Solar System could have formed.”

What’s next?— Perhaps even more exciting than reanalyzing well-studied Moon rocks is the prospect of inspecting virgin samples. NASA’s Artemis program aims to send astronauts to the Moon once more before the decade is out, with new, more diverse lunar samples part of the deal.

And in the meantime, Apollo samples still sealed since their return to Earth in the 1970s will soon be opened by NASA as part of the space agency’s Apollo Next Generation Sample Analysis initiative, which paired with the technique Nelson and his colleague have demonstrated, could unlock new lunar mysteries before astronaut boots once again take the giant leap.

“This program permits them to get a new first look at a variety of samples, which is extremely exciting,” he says.

ABSTRACT — The evolution of the lunar interior is constrained by samples of the magnesian suite of rocks returned by the Apollo missions. Reconciling the paradoxical geochemical features of this suite constitutes a feasibility test of lunar differentiation models. Here we present the results of a microanalytical examination of the archetypal specimen, troctolite 76535, previously thought to have cooled slowly from a large magma body. We report a degree of intracrystalline compositional heterogeneity (phosphorus in olivine and sodium in plagioclase) fundamentally inconsistent with prolonged residence at high temperature. Diffusion chronometry shows these heterogeneities could not have survived magmatic temperatures for >~20 My, i.e., far less than the previous estimated cooling duration of >100 My. Quantitative modeling provides a constraint on the thermal history of the lower lunar crust, and the textural evidence of dissolution and reprecipitation in olivine grains supports reactive melt infiltration as the mechanism by which the magnesian suite formed.

It’s hard to imagine scientists failing to examine every corner, crevice, crack, and any other measurable attribute of Moon rocks returned by Apollo missions in the 50 years those rocks have sat on Earth. But just because humans have looked doesn’t mean all the Moon rocks on Earth have given up all their secrets. In…

It’s hard to imagine scientists failing to examine every corner, crevice, crack, and any other measurable attribute of Moon rocks returned by Apollo missions in the 50 years those rocks have sat on Earth. But just because humans have looked doesn’t mean all the Moon rocks on Earth have given up all their secrets. In…