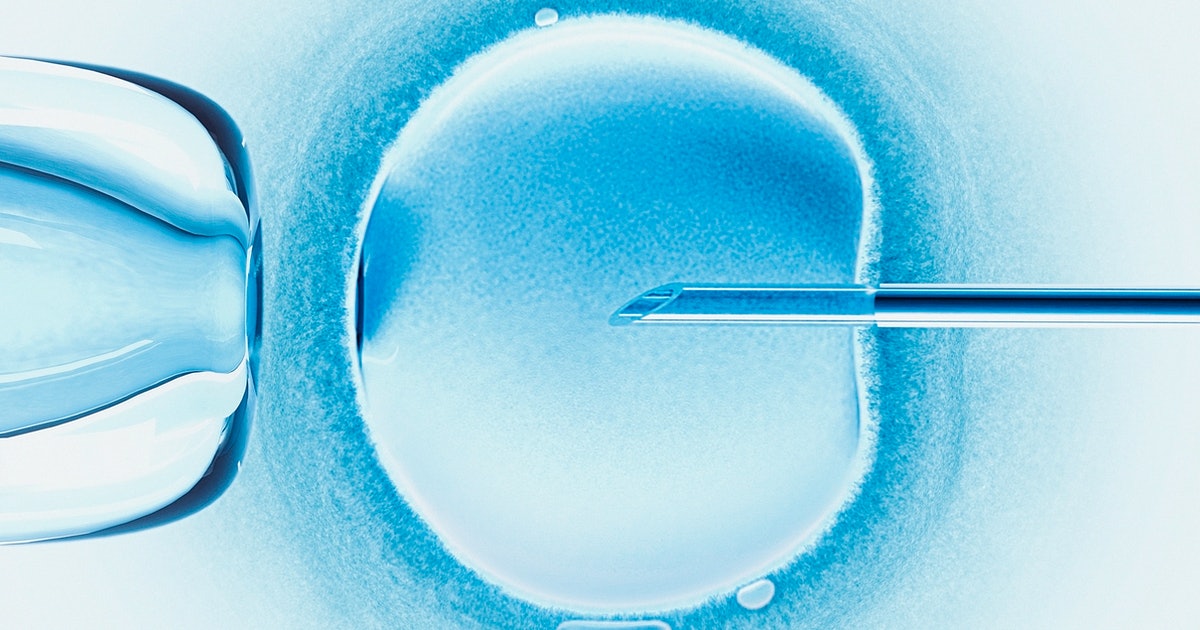 Some 48 million couples experience infertility globally. For those privileged enough to access treatments like in vitro fertilization (IVF), these techniques can help them have children — but not all fertility medicine is settled science — in fact, some may be total bunk.

One commonly used treatment attracting attention for all the wrong reasons is endometrial scratching. It’s generally performed as an IVF “add-on;” prior to receiving a round of IVF, the doctor uses a catheter to “scratch” the lining of the uterus. The procedure deliberately wounds the endometrial lining, which causes an inflammatory response — much like a scratch on the skin. Some studies suggest this makes the uterus more receptive to implantation — but a lot of other research finds it does absolutely nothing to increase the chances of pregnancy with IVF.

A new study adds to that mountain.

“We don’t have good evidence that endometrial scratching helps people to have a baby from IVF, and it’s a painful procedure associated with a cost for the patient too,” Sarah Lensen tells Inverse. Lensen is a postdoctoral research fellow at the University of Melbourne and one of the authors of the study.

Here’s the background — The theory behind endometrial scratching is twofold:

“Endometrial scratching appeared to be beneficial in the first few studies published — so understandably, people jumped at this,” Lensen says.

“Only later once we had had time to conduct large high-quality studies did we see that endometrial scratching probably doesn’t increase the chance of having a baby from IVF,” she adds.

Lensen notes that there are some high-quality studies that suggest there may be some possible benefit to the procedure, notably one study from the Netherlands. Even this study comes with some caveats, Lensen says.

“The result shows that the procedure might help, but also the result is consistent with no benefit or even a small chance that it reduces the chance of live birth,” she explains.

Further, more recent, large studies — including several Lensen’s worked on — have found that women undergoing IVF who use this “add-on” are no more likely to have pregnancies resulting in live births than those who don’t. In other words, there’s no conclusive evidence supporting the technique.

A 2016 survey of fertility clinics in Australia, the UK, and New Zealand found that 83 percent of fertility specialists would recommend endometrial scratching before IVF, especially to women who have failed to get pregnant due to recurrent implantation failure.

But Lensen and her colleagues wanted to determine, several years on and many papers countering the ideas behind the practice later, how many fertility doctors still offered the procedure and if they believe the technique is effective despite the wealth of evidence to suggest otherwise.

How they did it — Between October 2020 and December 2020, the researchers anonymously surveyed 121 fertility specialists, embryologists, and fertility nurses. 67 percent of the participants were in Australia, 25 percent were in the UK and eight percent were in New Zealand.

The survey asked participants if:

Less than 10 percent of fertility specialists say they believe endometrial scratching improves pregnancy and live birth rates during the first round of IVF. Despite that, just over a third (34 percent) of respondents say they still offer or perform the procedure at their clinic.

Why the discrepancy? One reason may be because 29 percent of fertility specialists say they believe endometrial scratching increases the chance of success for women who have had multiple good-quality embryos fail to implant.

Lensen believes the shift in attitude may stem from two places:

“Although [reoccurant implantation failure] could result from chance, there is also a suggestion that the endometrium in some of these women may not be optimal to receiving an embryo or facilitating implantation So the idea of the scratch is that it might help these women who could theoretically have suboptimal endometrium, to achieve pregnancy,” she says.

“Secondly, people who have had multiple embryo transfers without success are often looking for something new to try that might help them to conceive,” she explains.

Why it matters — One of the most striking findings here also helps to explain why this is even happening at all. In the study, 55 percent of respondents believe reducing psychological distress is a benefit of endometrial scratching.

It’s striking that so many believe there’s a psychological benefit to a procedure with so little evidence supporting it.

“The IVF process is emotionally challenging for most people, especially those returning for further IVF after unsuccessful attempts. Many patients want to try something new, something different, to the previous cycle in the hopes it might help them, or a doctor might recommend a new treatment for the same reason — hoping it might help,” Lensen says.

“These extra treatments help to keep the hope alive and help patients to feel more in control in a very uncertain time,” she adds. If only there were more evidence backing some of them.

What’s next — Ultimately, Lensen sees reason for hope in her results.

“Although a number of IVF doctors still report using endometrial scratching, far fewer report to use it now than in a previous survey we conducted five years ago.,” she says.

“This is important because it shows that IVF providers do care about the evidence, they are using the results of research studies to inform their practice — and this is a really encouraging finding.”

Lensen’s team hopes to further build on this research with the ultimate goal of helping patients become better informed.

They have a study underway now that will interview patients, doctors, and embryologists to help them better understand the decision-making process behind the use of endometrial scratching and other optional treatment add-ons.

“We plan to use what we learn from this to help build evidence-based resources for patients that have accurate, evidence-based information about the benefits and risks of these treatments, so they can make an informed decision about whether to opt for them.”

Some 48 million couples experience infertility globally. For those privileged enough to access treatments like in vitro fertilization (IVF), these techniques can help them have children — but not all fertility medicine is settled science — in fact, some may be total bunk. One commonly used treatment attracting attention for all the wrong reasons is endometrial scratching.…

Some 48 million couples experience infertility globally. For those privileged enough to access treatments like in vitro fertilization (IVF), these techniques can help them have children — but not all fertility medicine is settled science — in fact, some may be total bunk. One commonly used treatment attracting attention for all the wrong reasons is endometrial scratching.…