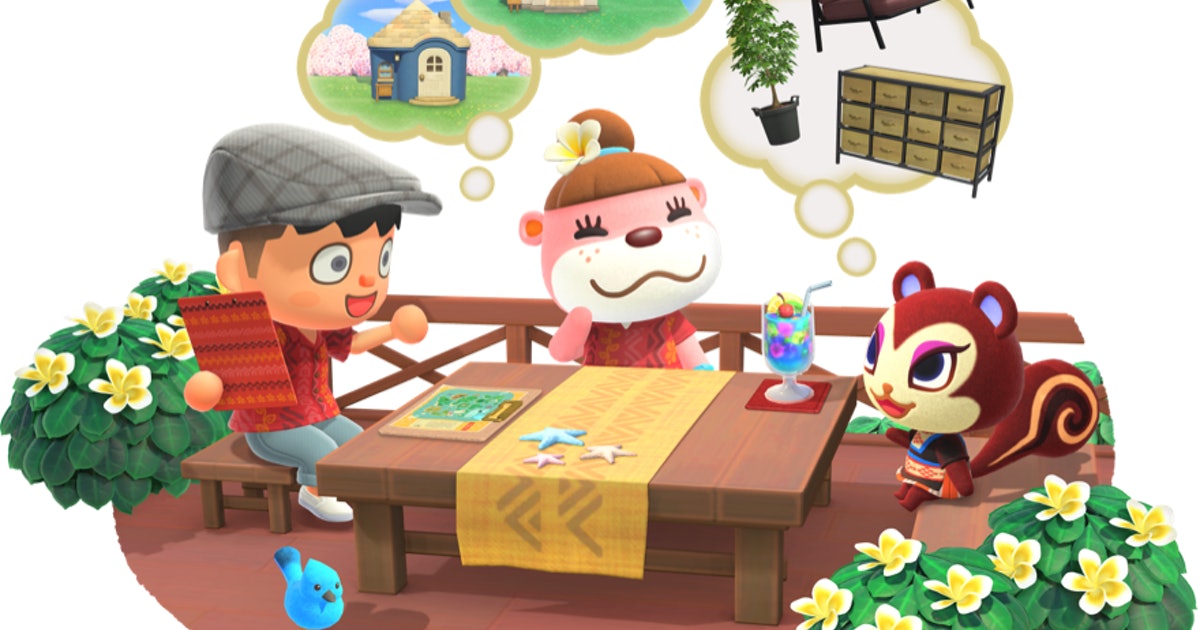 Time to do a deep-clean of my wardrobe, plant a prize-winning flower patch, and rearrange all the furniture in my house. Except, not really. Dishes pile up in my sink and my laundry covers the floor as I do my chores from bed – they all just happen to be virtual.

Anyone who was at least a bit Online last March was swept up in the Animal Crossing: New Horizons release hype, a game that mostly consists of running about, cleaning up a whole town, getting a mortgage, and building various bits of infrastructure. The game became a way to live normal life in a microcosm, and wear cute little outfits while doing it. With the November 5 update ushering in the colder, darker days of winter, I imagine a lot of people will be running straight back to the sunnier climes of their own little personalized desert island, or to the comfort of similar games like Stardew Valley.

It’s easy to imagine why rich, exciting and engaging games like Breath of the Wild or Skyrim might get our brains tripping overtime on the same neurotransmitters produced when we eat or have sex. So why do games involving tasks like gardening or DIY — chores that we find so intensely boring in real life that we put them off for weeks — fly off the shelves just as much as games that let you shoot at zombies all day?

“They offer an immediate sense of accomplishment with very little effort.”

“Nearly all games are created to tap into the pleasure centers of our brain by simulating a sense of autonomy, feelings of power and control, or a sense of escapism from the real world,” says Drew Lightfoot, a Licensed Professional Counselor and Clinical Director at Thriveworks Philadelphia, and Professor of Healthcare Research at LaSalle University.

“Our brains are very bad at distinguishing the difference between imagining a situation and actually experiencing it, in both positive and negative ways. Task-driven video games work much in the same fashion. They offer us a chance to imagine what a life would feel like if all of our To-Do lists were crossed off, and they offer an immediate sense of accomplishment with very little effort. These same tasks in real life actually do provide even more pleasure when completed, but they require much more effort to finish.”

Chore-driven games have been around for years: Cooking Mama, Nintendogs, and Farmville filled my childhood with menial digital tasks. However, the recent increase in popularity of these games is notable, with Animal Crossing: New Horizons scoring the third-highest video game sales in 2020, and selling three times as many copies as its predecessor New Leaf. Cult-hit indies like Forager, Unpacking, Overcooked! and Wilmot’s Warehouse have also benefited from the trend.

Witek Radomski, co-founder and CTO of Enjin, a leading blockchain game development platform, explains why the last couple of years have provided a perfect breeding ground for chore-based games to explode in popularity.

“Playing video games mindfully and intentionally for an hour a day can have positive psychological benefits.”

“Your brain rewards you with dopamine when you complete a task successfully, but in modern jobs, these dopamine hits are often infrequent, requiring you to complete dozens of smaller tasks before you get any feedback or social recognition,” he says. “Many jobs simply don’t feel super rewarding, unless you’re very good at self-motivation. Games often focus on smaller, achievable tasks. The simpler task-based games hit the right mental buttons for the majority of people and keep them engaged and rewarded for long periods of time.”

People are dissatisfied with their jobs more than ever, with more than 4 million Americans quitting their jobs in August 2021 alone. Games, especially ones with small and achievable tasks, provide a respite from the unpraised slog of work. Yet, in classic boomer fashion, parents around the globe worry that their children are wasting their hours on virtual hijinks rather than getting on with mowing the lawn. Nevertheless, no matter what their age, countless gamers derive a huge amount of comfort and pleasure from chore-based games, particularly during distressing periods of time.

I spoke to Mattea Bubalo, a 27-year-old digital journalist who has logged over 600 hours playing Animal Crossing: New Horizons since it came out last March, and still plays every day.

“What I think the game does really well is instilling a sense of ownership in your little world. There’s loads of positive reinforcement and encouragement, like the cute villagers being happy, so after a stressful day it can just help you wind down,” she explains. ”The daily chores help you get these materials that craft a really coveted item that goes back into personalizing your surroundings. And because they’re particularly cute and unique, it makes you feel like you actually made the area with your own hard work.”

Lightfoot agrees these games can have a positive effect on mental and emotional health.

“Playing video games to feel a sense of accomplishment or to escape the outside world for a period of time can be a fantastic coping skill. In fact, research tells us that playing video games mindfully and intentionally for an hour a day can have positive psychological benefits,” Lightfoot says. “Even playing for several hours a day does not necessarily speak to any negative effects or issues, but problems only arise when we neglect the necessities of our own life to absorb ourselves within an imaginary setting.”

So, while the renaissance of chore-based games is a symptom of the new world we live in, it’s not necessarily a malignant one. We all need ways to cope and let off steam, especially nowadays. For many, the perfect way to feel in control and accomplished is to plant a beautiful digital tulip garden that will never wilt. The kids (and the rest of us) are all right, really. You should probably go do your washing up soon, though.

Ah, the weekend. Time to do a deep-clean of my wardrobe, plant a prize-winning flower patch, and rearrange all the furniture in my house. Except, not really. Dishes pile up in my sink and my laundry covers the floor as I do my chores from bed – they all just happen to be virtual. Anyone…

Ah, the weekend. Time to do a deep-clean of my wardrobe, plant a prize-winning flower patch, and rearrange all the furniture in my house. Except, not really. Dishes pile up in my sink and my laundry covers the floor as I do my chores from bed – they all just happen to be virtual. Anyone…