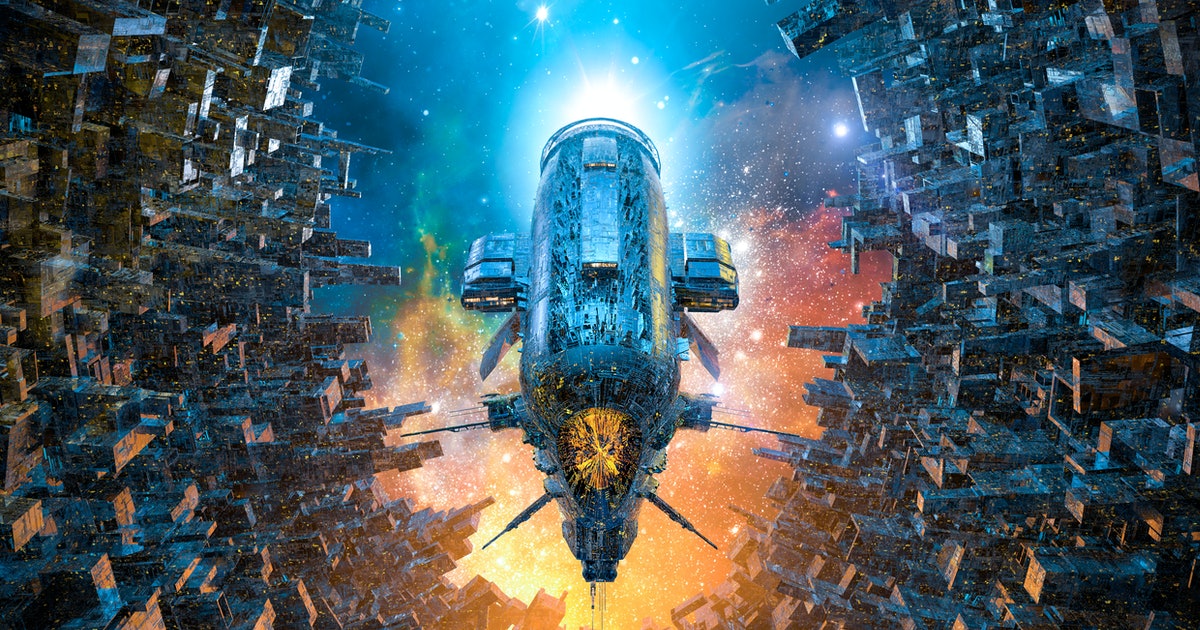 Sci-fi visionaries, the Wachowskis have made a seismic impact on American pop cinema since The Matrix hit theaters in 1999. The directors are inclined toward grand and personal flights of fancy that few filmmakers operating at their budget level can claim to match.

At the same time, they are recombination artists, savvy about lifting large swaths from pre-existing sci-fi touchstones and making these their own. Heavily inspired by Mamoru Oshii’s speculative cyberpunk anime Ghost in the Shell, as well as influences from John Woo to Billy Wilder, the first Matrix told of one man who learned he’s destined to lead an uprising against machines that have trapped humanity inside a simulated reality.

On the technoparanoia precipice of Y2K, and as Hollywood pioneered visual effects like “bullet time,” The Matrix harnessed the zeitgeist in ways Hollywood is still coming to terms with — as is evidenced by this month’s The Matrix Resurrections, Lana Wachowski’s anticipated fourth entry. The first two sequels, Reloaded and Revolutions, initially drew the ire of critics for their turgid mythologizing and cyclical narratives, but they’ve since been reappraised. Speed Racer and Cloud Atlas also received similar waves of criticism and reappraisal.

However, of all the Wachowskis’ post-Matrix works, the 2015 space opera, Jupiter Ascending, is perhaps the most reviled, though hindsight makes it clear how, in imposing personal philosophy across the inexplicable sprawl of the cosmos, the film fits within its directors’ existing sci-fi oeuvre. With Jupiter Ascending streaming on HBO Max, it’s time to look back at one of the modern Hollywood era’s most impressively out-there curios.

In this magnificently absurd space opera, the title of which should be read literally, a Chicago housekeeper named Jupiter Jones (Mila Kunis) discovers that she’s galactic royalty and next in line for a monumental inheritance — one that amounts to nothing less than the galaxy itself. Of course, with this destiny comes danger, as an alien dynasty plots Jupiter’s assassination and the genetically engineered ex-military hunter Caine Wise (Channing Tatum) appears on Earth to protect her.

Yes, much like The Matrix, Jupiter Ascending is a space-age Cinderella story, though the messianic figure this time around is female (a variation on the Wachowskis’ best-known theme that carries special resonance given the filmmakers’ own gender transition). Whereas The Matrix luxuriated in rain-slicked industrial cool, Jupiter Ascending has about it the pinwheeling color palette and whimsical momentum of a genre epic crafted less to court the male gaze.

Both Matrix and Jupiter are works of transhumanist science-fiction (and Jupiter goes so far as to elevate its alien and transhuman into galactic nobility, revealing they once made the Earth). But what’s so inviting about the latter film is its resplendent sense of play. One can only harbor so much animosity for a movie in which Channing Tatum plays a shirt-averse dog-human hybrid on anti-gravity hover-skates — especially one seeking to regain the bionic wings clipped from him when he was dishonorably discharged from space military, natch.

As wish-fulfillment goes, Jupiter Ascending is cannily indulgent about establishing a sci-fi world baroque, beautiful, and bizarre enough to accommodate the campy and explicitly feminine visual fantasia the Wachowskis wanted to see on screen. Bees can recognize royalty, every male-presenting character on screen is either enmeshed in frivolous games or vying for Jupiter’s affections, and a glorious wardrobe change is required in practically every scene.

As Jupiter discovers her place within the universe, she encounters the only surviving sister (Tuppence Middleton) in the alien dynasty from which she descends. Jupiter Ascending stages one memorable sequence where said sister regains her lost youth in a glowing hot spring, walking out into the light as Jupiter watches in amazement.

Unlike most other space operas made at this scale, Jupiter Ascending is decisive about leaving power almost exclusively in the hands of its female characters and approaching them with a refreshing level of awe and reverence. Even the eventual romance between Jupiter and human-wolf hybrid Caine, which could have easily dominated a less ambitious film, is handled with such an impishly light touch that one is rather more reminded of Dorothy and Toto than Han and Leia.

Throughout, the film remains the story of Jupiter’s self-discovery, a process that is seen to be at once beautiful, fated, and transformative, not only for her but for the galaxy at large. Much is additionally made of the ineffectual nature of those opposing her, from the profit-driven industrialist villain (Eddie Redmayne, who seemingly lost his voice right before cameras rolled) to the greedy playboy (Douglas Booth) in her way.

Of course, Jupiter Ascending is not without its weaknesses. Kunis, a fiery and combustible actor, is perhaps miscast in the more poised role of a princess-in-waiting, and Redmayne’s performance vies for a pathetic bluster incompatible with the Wachowskis’ more melodic sensibility. Its convoluted dialogue, too, could use decluttering in places. But there’s a visual majesty to this late-career creation from the Wachowskis, and a philosophical throughline of fate, free will, and self-fulfillment that’s writ large with the shoot-for-the-stars emotionality that makes the filmmakers’ science-fiction feel so sincere and specific.

Jupiter Ascending is certainly not the pinnacle of their contributions to sci-fi. Despite all the furiously glimmering, often impressively pyrotechnic eye candy on display, the film doesn’t quite hang together. But there’s something magical and profoundly compelling about the go-for-broke ambition with which the Wachowskis approach the myriad challenges of this particular assignment. In all its chaotic sprawl and strangely intimate sensation, Jupiter Ascending remakes the space opera in the Wachowskis’ aesthetic image. It’s bold, beautiful, and unquestionably theirs in its feverish commitment to burning bright and fast across the biggest canvas imaginable.

Jupiter Ascending is now streaming on HBO Max in the U.S.

Sci-fi visionaries, the Wachowskis have made a seismic impact on American pop cinema since The Matrix hit theaters in 1999. The directors are inclined toward grand and personal flights of fancy that few filmmakers operating at their budget level can claim to match. At the same time, they are recombination artists, savvy about lifting large…

Sci-fi visionaries, the Wachowskis have made a seismic impact on American pop cinema since The Matrix hit theaters in 1999. The directors are inclined toward grand and personal flights of fancy that few filmmakers operating at their budget level can claim to match. At the same time, they are recombination artists, savvy about lifting large…

The 8 most exciting new vehicles, from Acura to Z06