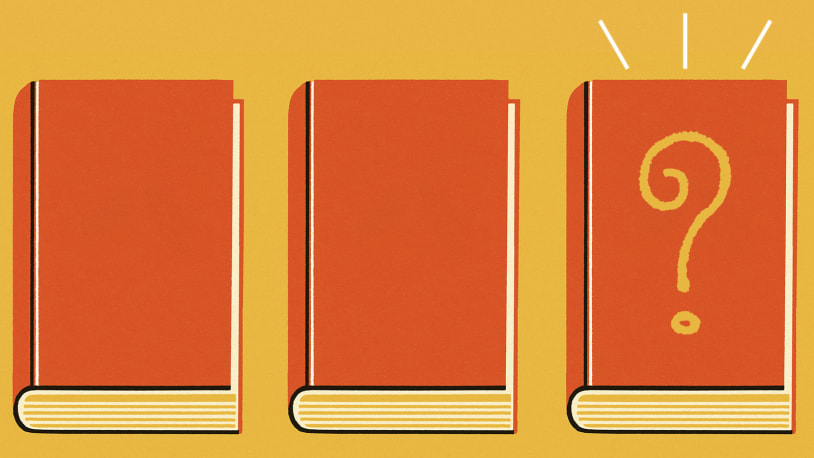 What is a ‘fiction novel’?

When you hear that, does it go right by? Or do you think: “Did you, now? Did you drink some wet water?”

Not everyone has an opinion on “fiction novel,” but those who do tend to have strong ones. Benjamin Dreyer, author of Dreyer’s English and copy chief of Random House, calls the term “appalling.” A novel, as he explains, is by definition a work of fiction. And yet, “[l]ately one encounters people referring to any full-length book, even a work of nonfiction, as a novel,” Dreyer observes. “That has to stop.”

He’s not alone in the opinion. As author Casey McCormick discovered, among literary agents, “‘fiction novel’ is considered an automatic ‘you shouldn’t be querying if you don’t know why this is wrong’ thing.” It shows you’re clueless about something that is considered core knowledge: Novels have been fiction by definition for more than three centuries, since authors like Daniel Defoe first started writing long, coherent, fictional prose narratives.

And yet — as Dreyer also notes — a “nonfiction novel” is a thing and has been at least since Truman Capote wrote In Cold Blood. A nonfiction novel is, to give Merriam-Webster’s definition, “a book-length factual narrative written in the style of a novel.” So, clearly, a distinction can be made. And, clearly, some people think you need to make the distinction either way.

So what is the status of “novel”? Is it absolutely and forever fiction by definition, or is this, uh, novel sense taking over?

Some words have legal definitions. A standard mile is 5,280 feet (1,760 yards), for example, and you can’t say “I’m claiming distance expenses on the basis of a 4,000-foot mile because that’s our in-house definition.” That doesn’t keep people from using “mile” figuratively or in extended senses, but you wouldn’t need to say “a 5,280-foot mile” except in unusual circumstances (such as on a ship, because a nautical mile is different).

But is “novel” like that? There’s no legislation saying so. If you published a book that was entirely true and called it a novel, some people might want to sue you, but it wouldn’t be a slam-dunk court case (unlike the reverse: If you say something is nonfiction and it’s actually fiction, expect to lose badly if you’re caught).

Some words have official definitions within certain fields but are often used loosely by outsiders. A marathon, for instance, is officially a race of 26 miles and 385 yards (or 42.195 kilometers). If you’re talking to a serious runner, and you say, “Shopping yesterday was a real marathon,” they won’t correct you, because that’s obviously figurative. But if you say, “I’m going to run a 5k marathon,” expect them to wince and inform you that a 5k, a race of 5 kilometers, is less than one eighth of a marathon. You will have marked yourself as someone who is, um, new to running.

This is very similar to the case with “fiction novel”: The nature of a novel is a matter of core knowledge in the field. But official marathons are measured to exacting standards, and if you haven’t run the distance, you haven’t run a marathon. Novels don’t have a specified maximum of fact they can contain — all novels contain some true details, but if you tell a true story with just one fiction, can you call it a novel? How about two fictions? Three?

Words do change meaning, sometimes quite a lot. “Dinner” was originally — centuries ago — the first large meal of the day, but nowadays, if someone invites you for dinner, they probably mean after 5 p.m. and possibly as late as 10 p.m. (depending on what kinds of friends you have). On the other hand, if you’re invited for “Sunday dinner,” that might mean something between noon and 4 p.m. — you’ll need to ask.

The meaning of the word “novel” has also changed a bit. Centuries ago, it could refer to a short piece of fiction that was part of a larger set — and it still has some flexibility. But if you see “a novel” in print, you can assume it means “a book-length work of fiction.” And while few people will get mad at you for saying “early dinner” or “late dinner,” be careful about using “fiction novel” around a writer.

There are some common redundancies that are used for clarity. “PIN” stands for “personal identification number,” but “PIN” by itself doesn’t clearly convey what it stands for — in fact, it sounds like something else — so people often say “PIN number,” even if they know it’s redundant (or, maybe they know). This is quite similar to “fiction novel”: Those who know, know that “novel” implies “fiction;” but those who don’t, don’t, and some people like to specify it for clarity regardless. But should they? Or, if they think the person they’re talking to doesn’t know the definition, should they instead say something like, “It’s not nonfiction — it’s a novel”?

Is there a general consensus of opinion?

So can you say “fiction novel”? Well, you can, and in some contexts it might pass unnoticed. But if you say it to someone in the publishing world, it will get you filtered out, even more than not knowing that, for example, “general consensus of opinion” is doubly redundant. Is that fair?

Do we run up the white flag and decide we will always need to specify “fiction” or “nonfiction”? The numbers say no. The truth is that “fiction novel” really isn’t used all that much. If you do a search on the term, most of the hits will actually be for “science fiction novel,” which is a perfectly legitimate term, just like “mystery novel” or “romance novel.” The casual use of “fiction novel” is not anywhere close to taking over. People notice it because — well, because it stands out. It might eventually become normal, but it hasn’t yet.

But, on the other hand, there are many intelligent people who have gotten all the way through university and never had the occasion to learn that “fiction novel” is redundant. If you want to be the one to tell them — to do your part to keep novels fictional by definition — try to do it nicely. If you convince them, and they’re a budding writer, you might even be able to take credit for the genesis of the next great American (fiction) novel.

December 14, 2021 December 14, 2021 “It’s a fiction novel.” When you hear that, does it go right by? Or do you think: “Did you, now? Did you drink some wet water?” Not everyone has an opinion on “fiction novel,” but those who do tend to have strong ones. Benjamin Dreyer, author of Dreyer’s English…

December 14, 2021 December 14, 2021 “It’s a fiction novel.” When you hear that, does it go right by? Or do you think: “Did you, now? Did you drink some wet water?” Not everyone has an opinion on “fiction novel,” but those who do tend to have strong ones. Benjamin Dreyer, author of Dreyer’s English…