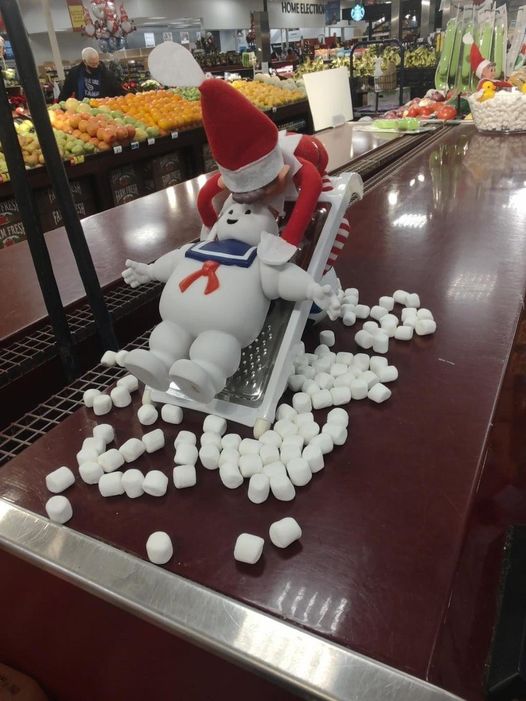 Tuesday Newsfeed: It’s For The Grater Good, Ya Know

Posted by Maggie on December 14, 2021 in From the editors

Am I the only one that is at the point of the news grating on the mind 24/7?
It and the COVID insanity is a YUGE part of the holiday angst many are feeling this year.
I mean, we know how to ‘do without’ if we can’t purchase as much as we typically do for holiday gifts and whatnots.
Look at those areas hit hard by the recent outbreak of tornadoes. Those poor folks are doing without everything now, including loved ones. Homes, vehicles and all belongings and food, farms and businesses/factories, post office and livelihoods, churches and schools that usually become bases for food and services as well as shelters during disasters like this, water and power have been wiped out for them, in many cases. From age 2 months to the late 80s people, 12 of them children, are now gone from families, friends and communities.

And so, this Christmas maybe buy one less gift and make a donation to the American Red Cross or, if you find you have issues with that organization, look to others such as Samaritan’s Purse and make a donation. Be careful of scammers. And send up a Christmas stocking full of prayers for all those fellow Americans celebrating the continuing gift of life itself, despite the sudden devastation they find themselves surround with.

There are those among us that just can’t ‘give it a rest’ already:

Nearly two solid years of crap with the China plague, a stolen election, and now the deliberate trashing and intentional collapsing of our Constitutional representative republic, and we are still having a little respite with the holidays (religious or secular or patriotic) pissed on… 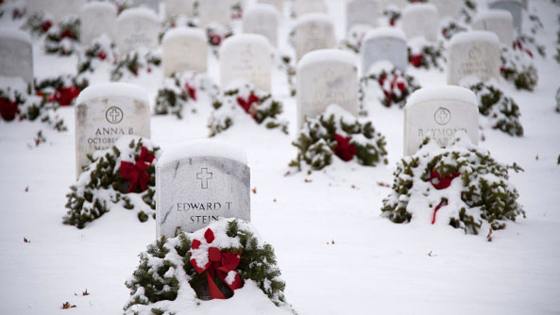 We are officially living a COVID version of “Minority Report”, y’all. But it really doesn’t involve any possible “pre-crime” the targeted person may, or may not, commit. No, it is unprovable and improbable possibly that the targeted person might, or might not, eventually get the China virus infection, even though the person has formally tested to be virus-free at the time of being taken into custody…

Tucker Carlson: This is the definition of a manufactured threat: There has never been a more selfish and short-sighted leadership class

A dangerous madness has taken over otherwise reasonable thinking people as the pandemic continues. They have not only celebrated policies dictated by emergency orders to curb the rights of their fellow citizens, but have advocated for more restrictions and penalties for those who don’t comply.

This is part of a broader mindset in which it is not enough to live as one chooses and allow others to do the same, but must forcefully require others in society to live according to your own dictates, under penalty of punishment.

Reading the reactions to this tweet, I am impressed by the immense self-pity of the anti-vaxxers – who see themselves as bottomless victims, even as their own bad choices deny hospital care to so many others in desperate need.

Yet again you vomit fake premise when probly most negative responses are being made by ppl who’ve been vaxxed & their responses are purely aimed at your proposed draconian master plan against unvaxxed. Not ‘anti-vax’ … anti-mandate & anti-interloping into our healthcare workers

If, at this point, you are still unvaccinated, you are not a victim. You are a cause of the victimization of vulnerable others

Who’s ‘vulnerable’? Because the fully-vaxxed & boostered are still getting COVID.

VIDEO: Joe Concha rips journalist suggesting unvaccinated should be treated last in hospitals: This is a ‘racist argument’

Twitchy: David Frum is very angry that Tucker Carlson rightly called him ‘an evil man’ for wanting the unvaccinated to suffer

Dr. Peter McCullough explains to Joe Rogan, that in order to make people more willing to take the Covid vaccine, there was a concerted effort to not have a protocol for Covid treatment. pic.twitter.com/Ueb3ppjQOF

Well, yeah. And it continues to work out so great for those who’ve died, and are still dying. History had better not be kind to these non-treatment SOBs. There are 3 more videos of this interview on Youtube. Watch them before Youtube scrubs them.

Jordan Boyd: Still No Deaths From Omicron, And Americans Are Getting On With Their Lives: Americans are returning to normal despite the corporate media’s attempts to drum up alarm over the supposedly “highly transmissible” Omicron variant of COVID-19.

Harvey Risch, Robert W. Malone, and Byram Bridle: Forcing People Into COVID Vaccines Ignores Important Scientific Information: Now more than ever we need substantive debate about decisions that affect the health of hundreds of millions of people, including views counter to official positions.

Alex Story: Vaccine Mandates Abroad Suggest Ominous Lessons: Those who can see where this is going should do what they can to make sure Britain and America remain beacons of hope.

Some of the crime wave is undoubtedly being carried out by some illegally in this country. If only the authorities would make arrests and judges/prosecutors not catch and release criminals and if the asinine MSM would only do their job and investigate all of this. But here we are, the Biden human trafficking operation…

Well, we have an indication on who the Biden administration stands with in this approaching China-Taiwan conflict…

Rick Moran: The Hysterical Reaction of Biden Aides to a Map Showing Taiwan as a Separate Country From China

And with our tax dollars:

The J6 protest was to demand a formal ‘audit’ of the 2020 election … NOT to overthrow the government, as the demo-commies and their PRAVDA MSM are falsely spewing…

Margot Cleveland: Another Lawsuit Holds The Key To Trump’s Best Defense Against The Jan. 6 Committee: Because House Speaker Nancy Pelosi failed to appoint the requisite number of members, the Jan. 6 committee is arguably invalid under its own authorizing resolution.

Jim Hoft: “The Mob Was Summoned to Washington by President Trump” – BREAKING: Unhinged Demon Liz Cheney Hints Federal Charges Against President Trump … This latest Cheney BS will do wonders for the republican primarying her ass in the next election.

I *love* how last night’s big coordinated-with-media reveal was that there was definitely no insurrection, but there were people texting POTUS folks saying “this is bad, say something.” And then POTUS saying something (and getting banned). Some real Columbos up there on the Hill.

1) the texts again confirm the fraudulence of the Pelosi committee’s evidence-free assertion of an insurrection conspiracy
2) propagandists are flat-out LYING about alleged distinction between Ingraham’s private texts and public comments. https://t.co/gHRjcl1m7F

What do the Russia Hoax, Impeachment Hoax & Jan 6 have in common? They are manufactured crises that involve endless “investigations”, harm real people, and are used to fill nonstop airtime by news organizations desperate to distract the public from real problems.

Peter D’Abrosca: The PowerPoint Mutiny and Democrat Deflection: The January 6 Commission is a kangaroo court spectacle designed to distract you from your original and perfectly legitimate questions about election integrity.

Stuff old Joe lied about in his 2020 campaign and lies about now:

LOL. Biden isn’t canceling student debt, but he is planning to give wealthy Democrats a tax cut.

Athena Thorne: White House Confirms College Graduates Will Once Again Be Asked to Act Like Adults, Pay Back Their Loans

Ace: Brandon’s FEMA Director: Of Course the Weekend’s Tornadoes Were Caused by Global Warming. This is Known. 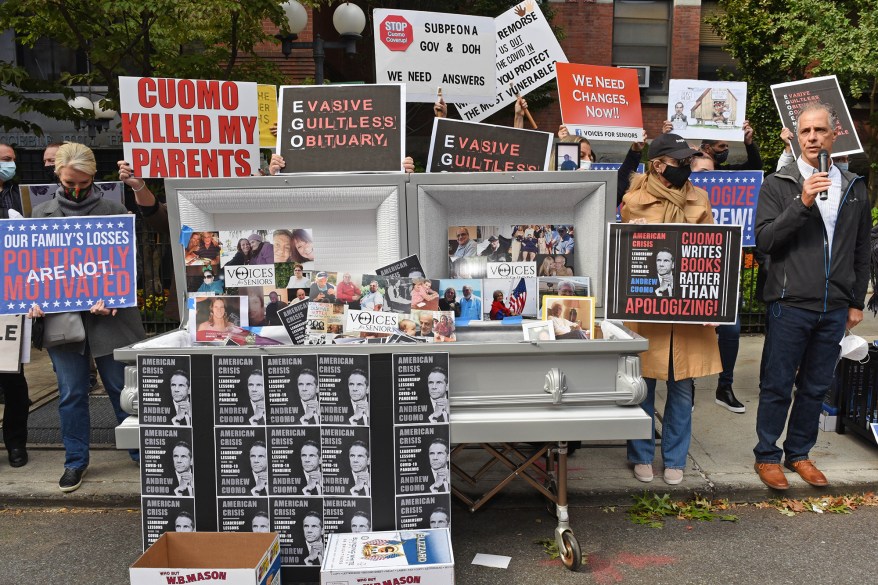 Twitchy: It takes Janice Dean only three letters to respond to the news that Andrew Cuomo must pay back the profits from his $5.1 million book deal

I’ve been saying for years that the government on all levels can double or triple gun laws, and we already do have a mountain of them at all levels of local/state/federal government, but as long as we have defense lawyers plea-bargaining down their guilty clients’ gun charges, and prosecutors/judges, as in Amy Swearer’s citing in her opening testimony, refusing to charge criminals with breaking gun laws … and then have a career ignoramus like Dick Durbin attempting to silence the facts/data … no amount of increasing of more and more allegedly “sane” gun laws won’t make a damn difference to the criminals. The insanity is these lawmakers and law/judicial enforcers not enforcing our current mountain of existing gun laws. And this isn’t just a Chicago problem. All the nation’s leftist-run big cities’ officials’ asinine policies are fueling this crime wave wildfire in the country by enabling the criminals, and endangering the innocent populations in those cities.

The Musk of Musk:

We’ve heard the missive “I love to hate…”. For me with regards to Elon Musk mine is “I hate to love” the guy, but I kinda-sorta do…

And leftist heads will be exploding…

BREAKING REPORT: Time Magazine’s man of the year Elon Musk strongly opposes VACCINE MANDATES, “I am against FORCING PEOPLE to be vaccinated. I think this is just not something we should do in America”…

People hate on Elon Musk for not paying “enough” taxes.

Um, yes? That’s why I like him. His money doesn’t contribute to dronestrikes, Fauci funded puppy-torture, or enforcing lockdowns + other bad laws. Tax avoidance is a virtue.

DM: Elon Musk says Tesla will accept cryptocurrency dogecoin as payment for some merchandise on a test basis sending price soaring by 33% in two hours

Something different and very interesting:

Tom Metcalfe: In tree rings and radioactive carbon, signs of the Vikings in North America: Wood at a settlement in Canada’s Newfoundland that was cut with metal tools helped researchers pinpoint when the Norse first reached the continent — well before Columbus.

Josh Shepherd: Your 2021 Guide To Streaming These Top 25 Christmas Classics: The fire is roaring and hot cocoa is almost ready. Here’s how to navigate all the endless streaming services to see these 25 beloved Christmas classics.

“The Man Who Came to Dinner”

Al Perrotta: It’s a Wonderful Life at 75: A Christmas Lesson Left on the Cutting Room Floor

Posted by Maggie on December 14, 2021 in From the editors Am I the only one that is at the point of the news grating on the mind 24/7?It and the COVID insanity is a YUGE part of the holiday angst many are feeling this year.I mean, we know how to ‘do without’ if we can’t purchase as much as we…

Posted by Maggie on December 14, 2021 in From the editors Am I the only one that is at the point of the news grating on the mind 24/7?It and the COVID insanity is a YUGE part of the holiday angst many are feeling this year.I mean, we know how to ‘do without’ if we can’t purchase as much as we…