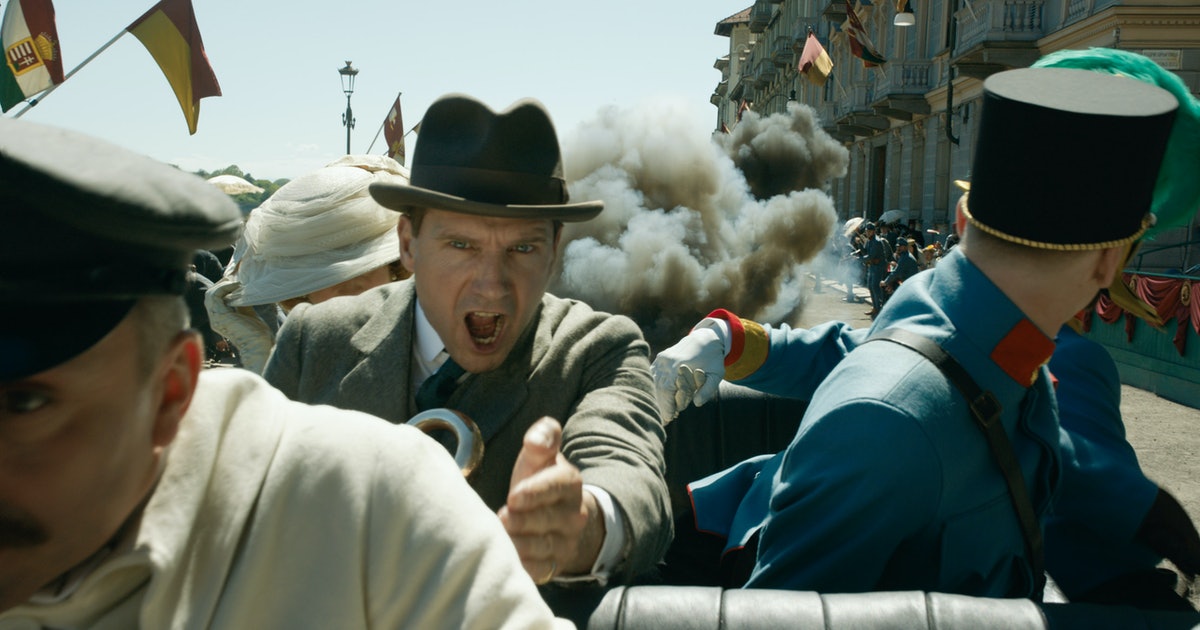 The most misguided prequel since Star Wars

In 2014, as the Marvel Cinematic Universe was barreling towards supremacy, Matthew Vaughn tried something different. Based on the comic book The Secret Service by Mark Millar and Dave Gibbons, Kingsman is somehow both a pitch-perfect parody and a loving tribute to classic James Bond movies.

A sequel, set in the same world where an expensive men’s suit shop served as cover for an organization of super spies, followed in 2017 to slightly less enthusiasm. Now, in 2021, Vaughn has returned with a third film set in the Kingsman universe, but King’s Man is about as far from a sequel as you can get.

Instead, Vaughn delivers a prequel set during WWI and leading up to the creation of the franchise’s titular secret service. Unfortunately, The King’s Man strays so far from the original it’s barely recognizable, and what you get instead is a muddled mess that’s a fun distraction at best and a slog at worst. Despite some standout performances and impressive set pieces, King’s Man is far less than the sum of its parts.

The premise of King’s Man is annoyingly complex, but I’ll try to explain. Set before and during WWI, the movie focuses on a secret conspiracy that sets the conflict in motion, along with a group of Brits determined to stop it. On one side we have Ralph Fiennes as a pacifist duke who’s surprisingly adept with a sword, Gemma Arterton as his maid/code-cracker, Djimon Hounsou as his trusted adviser, and Harris Dickinson as his son. On the other side, there’s Rasputin (Rhys Ifans), Daniel Brühl (aka, Baron Zemo in the Marvel movies), and a mysterious Scottish leader referred to as “the Shepherd” who’s engineered a global conflict to get revenge on England. After diplomacy fails, it’s up to Fiennes and his crew to stop him by any means necessary.

Sandwiched between two enjoyable spy capers lies the blood-soaked heart of the movie, a dramatic recreation of WWI trench warfare in which Harris Dickinson’s character makes his way to the frontline and witnesses the horrors of battle for himself. Dickinson crawls and murders his way through the trenches with minimal impact on the plot. It’s a powerful sequence that unfortunately has no place in King’s Man, only serving to stretch out the runtime and complicate the already unwieldy plot (it turns out that not only Rasputin, but also Lenin, is involved in this conspiracy).

I recently had a chance to speak with Matthew Vaughn, and when I asked why he chose to turn the Kingsman franchise into a WWI-era prequel he responded honestly that it was the only way to make his passion project. Inspired by the technicolor classic, The Man Who Would Be King, Vaughn decided to make his own version: The Man Who Would Be King(s Men).

Put another way, this is Vaughn’s Joker, an unmarketable passion project hidden inside a money-making franchise. But unlike Todd Phillip’s Joker, which had a clear vision, Vaughn’s film is a muddled mix of spy caper, WWI epic, and historical-fiction whodunnit with nothing to hold it all together.

The movie’s one saving grace is its cast. Despite the absurd premise and questionable execution, nearly everyone on screen seems to understand why they are here. Ralph Fiennes, in particular, shines in this role as a middle-aged spy — is it too late to give his M an action-packed James Bond spinoff?

Meanwhile, Ifans achieves something almost indescribable as Rasputin, bringing the mythic historical figure to life in a swirl of Russian dancing, sword fighting, and opium. Despite minimal screentime, Ifans is the undeniable star of The King’s Man.

But that’s not enough to save this movie or make it worth watching. The King’s Man feels like the kind of film that slipped through the cracks of the Disney-Fox merger. You can almost hear the boardroom discussion: A Kingsman sequel? Sounds great! Oh, it’s a prequel? Set during WWI? Sure, fine, whatever, just give Vaughn $100 million and move on, we’ve got Marvel movies to make.

Happily (or sadly, depending on your perspective), The King’s Man is not the end of the Kingsman franchise. A more traditional sequel is also in the works, as is a spinoff Statesmen movie about American spies. And if Vaughn gets his way, we’ll see these prequel characters again too.

Then again, after this movie, who knows how many chances he’ll get.

The King’s Man releases in theaters on December 22.

In 2014, as the Marvel Cinematic Universe was barreling towards supremacy, Matthew Vaughn tried something different. Based on the comic book The Secret Service by Mark Millar and Dave Gibbons, Kingsman is somehow both a pitch-perfect parody and a loving tribute to classic James Bond movies. A sequel, set in the same world where an…

In 2014, as the Marvel Cinematic Universe was barreling towards supremacy, Matthew Vaughn tried something different. Based on the comic book The Secret Service by Mark Millar and Dave Gibbons, Kingsman is somehow both a pitch-perfect parody and a loving tribute to classic James Bond movies. A sequel, set in the same world where an…