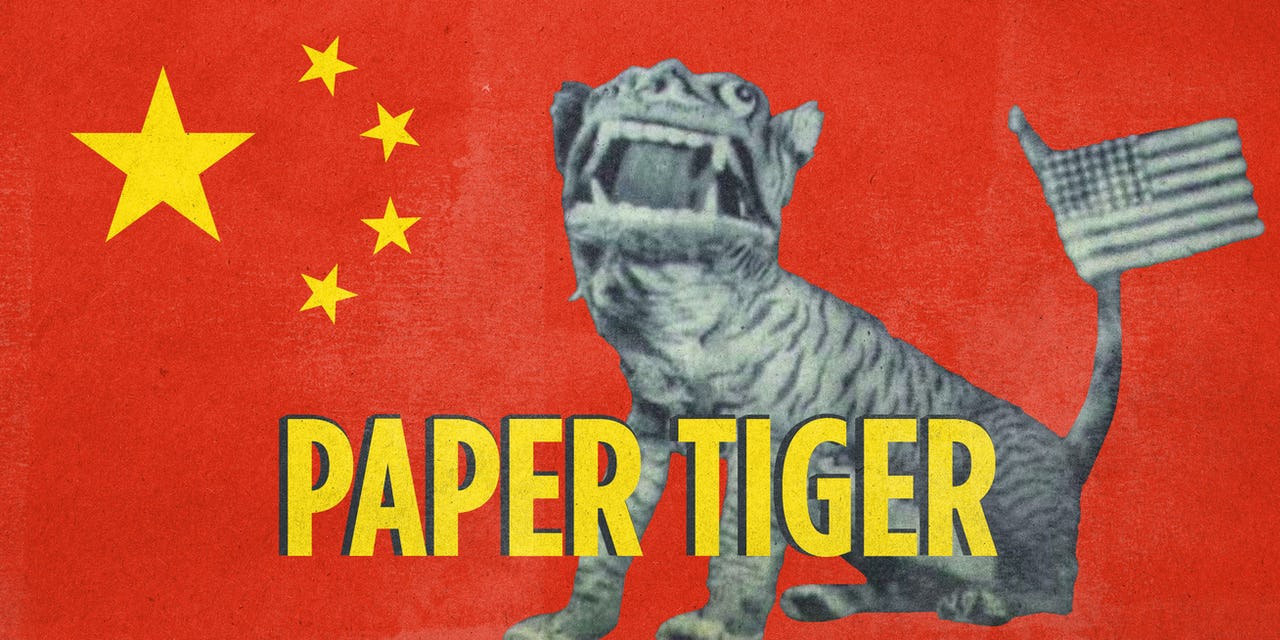 A diplomatic proscription is a paper tiger. China’s abuse is not going to stop.

In a world where the qualifications for countries to participate in the Olympics ostensibly include not having outstanding human rights violations on the books, places like China should be banned from participation. And yet, in a world where the International Olympic Committee is also in cahoots with the Chinese government, not only is that country permitted to compete, but it’s hosting the Winter Olympics in February.

President Joe Biden announced last week that the United States would be participating in a diplomatic boycott of the 2022 Beijing Olympics. This was after several phone calls and meetings with Chinese dictator Xi Jinping regarding Taiwan were unsuccessful. The reasons given for the boycott cited China’s human rights violations. Biden even accused the Chinese of genocide. Other world leaders have joined the diplomatic boycott. The countries so far are Canada, Australia, and the United Kingdom.

China is deserving of this censure. Communist government officials are, in fact, perpetrators of great human rights violations. They are committing genocide against the Uyghur Muslims. An independent UK tribunal has evidence of forced sterilization, enslavement, and even organ harvesting as a means of killing off minority populations.

This is not really news, though. The U.S. has been aware of these crimes against humanity but largely ignored it for the sake of the almighty dollar. The tipping point for the U.S. vis-à-vis a diplomatic boycott was due in part to China’s geopolitical threats against Taiwan and the attempted disappearing of Chinese tennis star Peng Shuai after she accused a top Chinese official of sexual impropriety.

The Women’s Tennis Association has gone so far as to pull its tournaments out of China. The WTA remains unconvinced that Peng Shuai is safe and free. Its voice is just the latest in the call for action against the Chinese government and its brutal tactics. The Boston Celtics’ Enes Kanter Freedom has been raucously calling out China’s human rights violations along with criticizing the NBA for its tacit support of the regime.

This past week, Freedom’s voice was joined by former NBA All-Star Dominique Wilkins. In a video with Freedom, Wilkins said: “History is written in two ways: One, you can sit on the couch and watch how it’s written. Or two, you can do something about it and write history. Which side are we taking? What is happening to the Uyghur people is one of the worst human rights tragedies in the world today. We cannot stay silent.”

However, the effort of athletes standing up to China seems somewhat fruitless.

This diplomatic boycott is merely a symbolic show of protest. In other words, it’s a paper tiger. It is only as much an offense to China as it feels shamed by the boycott. The government is not going to back down from what it’s already doing. In fact, one Chinese official declared that Australia wasn’t invited anyway. (Honestly, Australia isn’t well known for its winter sport prowess, nor is it exactly a free country right now itself.)

Western countries are heavily invested in the money they receive from China. Biden himself is compromised from money procured by his son Hunter. They have no real incentive to actually do what is necessary to curtail Chinese aggression. Last week, the Biden White House seemingly cut the feed of a Taiwanese presenter showing Taiwan a different color on a map than China. Biden’s lackeys deny the allegation, but appeasing dictators is not out of the realm of possibility for this administration.

That’s not to say that a full boycott would persuade the Chinese to desist. They are very aware of how weak our president is and will probably take this opportunity to try to become the world leaders. They have also shown no hesitation with saber-rattling or weapons testing. However, a full unified boycott would signal to China that its bullying can only push countries so far. Regardless, it’s a delicate situation that our aging president is not equipped to handle.

A diplomatic proscription is a paper tiger. China’s abuse is not going to stop. In a world where the qualifications for countries to participate in the Olympics ostensibly include not having outstanding human rights violations on the books, places like China should be banned from participation. And yet, in a world where the International Olympic Committee…

A diplomatic proscription is a paper tiger. China’s abuse is not going to stop. In a world where the qualifications for countries to participate in the Olympics ostensibly include not having outstanding human rights violations on the books, places like China should be banned from participation. And yet, in a world where the International Olympic Committee…

No U.S. troops will be punished for botched Afghanistan drone strike, Pentagon rules