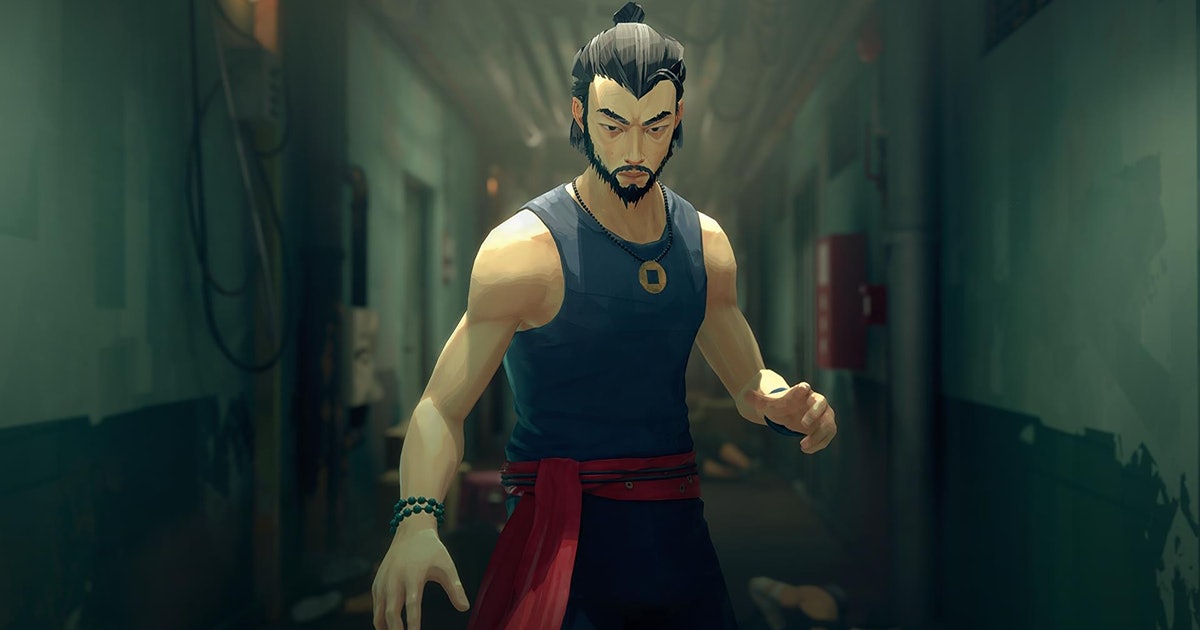 Kung fu master Benjamin Colussi tucks a small pipe behind the back of his arm.

By loosening his grip, he slides it down the length of his forearm to grasp it with his hand, readying for a strike. I flinch as he whips it towards the camera, and I’m thankful this is over a Zoom video call. “The Slide,” he calls it.

Colussi worked as the choreographer on Sifu, an upcoming kung fu action game grounded in realism. It tells the story of a martial artist on a quest for revenge against the assassins that killed his family. A visceral, realistic approach elevates Sifu far beyond its canned basic premise. Colussi says that when he showed Lead Animator Kevin Roger the Slide, Roger was in awe and worked the maneuver into the game. How the player incorporates concealed weapons into combat is now a major part of the experience.

“The movement of the main character is inspired by my movement,” Colussi tells Inverse. “I have a lot of ideas, so we really push the boundaries of the fight choreography. Sloclap doesn’t say no. They say, ‘Oh, that was great. Show us what to do.’”

“Sifu” translates slightly differently across various Chinese dialects, but it often means “master” and/or “teacher” in martial arts. In this case, Colussi is quite literally the sifu, and the game’s protagonist is meant to be one as well.

Kung fu as most people know it is largely defined by fighting video games and action movies, but Colussi stresses that Sloclap wanted Sifu to aim for something more realistic than Mortal Kombat or Shang-Chi.

“When you see Shang Chi today, you might say ‘Wow, this is great!’ but if you ask my master about the combat, he wouldn’t be so happy,” Colussi says. Actors like Simu Liu are great athletes that put on entertaining performances, but Colussi says they’re “not trained for [actual] fighting” and “don’t have the knowledge to get rid of people quickly and efficiently.”

Sifu’s action is specifically modeled after Pak Mei, a 400-year-old kung fu style created under the Manchu Qing dynasty. “According to the legend, Pak Mei would have developed his boxing style on the Emei Mountain that is located in the Sichuan province,” an excerpt from the Lao Wei San website reads.

Ferociousness and rapid movement are key.

“We want the player to parry a lot,” Colossi says. “You can block the opening attacks, but at the same time, you can break your opponent’s structure. This means an enemy can attack you, but you can return the situation to your advantage.”

The artful dance of making you feel like you have control, while still taking you on a cinematic journey is always at the forefront with Sifu. This is often tough to achieve from a design standpoint, but Colussi’s confidence bodes well.

“When you’re in the midst of a fight, in the blink of an eye, the situation can change,” Colussi says. “We make you believe that you will lose the fight, and you can see your sifu struggling to find a way out.” Dramatic tension comes from seemingly impossible odds and improvising your way through is always a thrill.

Sifu has around 56 Takedowns, a type of maneuver that changes based on all sorts of factors.

“They’re similar to the finishers in Mortal Kombat when you’re fighting guys and at some point, you can break their structure,” Colussi says. “Or in Street Fighter when opponents have stars around their head.” Your finisher is determined by the characters and weapons you’re armed with, adding variation to the already complex combat. And yes, that includes whipping out concealed weapons in the midst of a fight.

Of course, it would be nearly impossible to keep things 100 percent authentic while still preserving the fun factor. Colussi recalls an idea for a split kick that someone had suggested be removed since it wasn’t true to the Pak Mei martial art form, but they kept it in. “Why should we get rid of this move? This is fun and great,” Colussi says. “And if we only use realistic movements, it won’t feel like a game anymore. So we don’t want to get rid of the fun factor.”

Many times, exciting ideas for game mechanics might not work for the final product, but the team at Sloclap was laser-focused on delivering a cinematic experience that’s true-to-life but still fun. Finding that balance was no easy task. Of all things, the musical stylings of jazz helped steer the game’s overall direction.

Colussi wanted the rhythm of each fight to feel like jazz, which famously shifts rhythms and tempos on the fly, utilizing complex timing that can sometimes border on incomprehensible. But it feels more organic and improvised than an overprocessed three-minute pop song. “The music evolves, as well as the timing of the fight,” Colussi says. “Sometimes you’ll press a button and three attacks will come out at the same time.”

Just like a real fight against a kung fu master, you never really know what might happen in Sifu, but that’s what makes it that much more thrilling. And, if Sloclap succeeds at its mission, it’ll also be a lot more realistic than what we usually see in TV and movies.

Kung fu master Benjamin Colussi tucks a small pipe behind the back of his arm. By loosening his grip, he slides it down the length of his forearm to grasp it with his hand, readying for a strike. I flinch as he whips it towards the camera, and I’m thankful this is over a Zoom…

Kung fu master Benjamin Colussi tucks a small pipe behind the back of his arm. By loosening his grip, he slides it down the length of his forearm to grasp it with his hand, readying for a strike. I flinch as he whips it towards the camera, and I’m thankful this is over a Zoom…