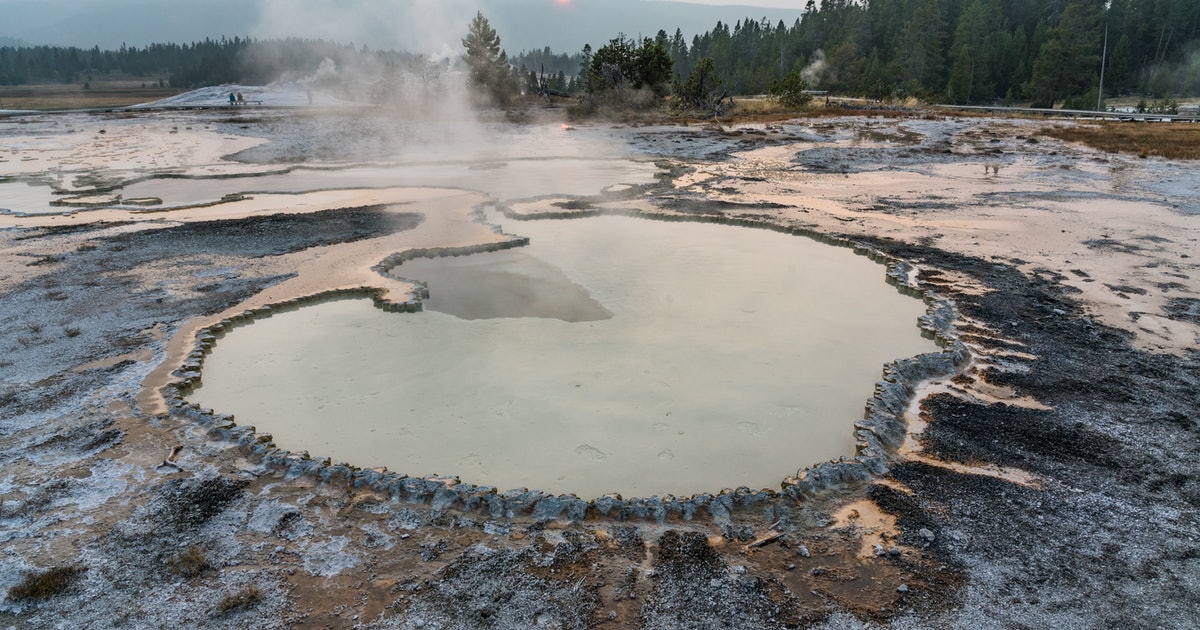 How did life arise? New study offers fundamental evidence for a disputed theory

What if… you discovered the origins of all life on Earth, including humans?

It’s a mystery that’s puzzled, frustrated, and fascinated generations of scientists, philosophers, and spiritualists, from Plato to Charles Darwin.

Today’s scientists believe the answer may lie with LUCA — the last universal common ancestor of all life on our planet. This single-cell microorganism, which likely resembled bacteria, is theorized to have lived 4 billion years ago, arising from chemical processes inside Earth’s ancient hydrothermal vents. But scientists have long struggled to understand the biochemical processes — the energy itself — that gave rise to LUCA. Until now.

The discovery — In a study published Monday in the journal Frontiers in Microbiology, researchers present what they describe as the fuel driving the metabolic processes that gave rise to LUCA.

“A main question in understanding origins is where the energy came from,” Jessica Wimmer, a co-author on the study and a Ph.D. student at Heinrich Heine University Duesseldorf, tells Inverse.

“The energy comes from the metabolic reactions themselves,” she adds.

How they did it — In the past, scientists speculated the energy powering early life came from external sources — these included ultraviolet light, lightning, radioactive decay, and other wild theories. But Wimmer and her team had a different hypothesis in mind:

The energy for LUCA — the last common ancestor of all lifeforms — comes from the chemical reactions involved in metabolism itself.

During the metabolic process inside a cell, each step produces chemical byproducts that power the next phase of the process, like a chain reaction.

To test this hypothesis, researchers turned to the kind of place where LUCA likely lived some 4 billion years ago: hydrothermal vents deep in the Earth’s oceans. Specifically, they studied the mysteriously-named Lost City: a hydrogen-producing hydrothermal field in the Atlantic Ocean.

The scientists calculated the free energy of metabolic reactions under different environmental scenarios, finding that 95 to 97 percent of chemical reactions involving hydrothermal vents released energy — a necessary factor for LUCA to emerge.

These methods helped researchers answer a question that was foremost in their minds: “What drove the majority of LUCA’s metabolic reactions forward?”

The answer to that question could help explain life as we know it, specifically, through one core element found in your drinking water: hydrogen, which functions as “chemical sunlight” in the dark depths of the ocean, according to a press statement by researchers.

These metabolic reactions can be found in modern microbes, and can, therefore, “trace back to LUCA” as Wimmer explains.

The researchers discovered that it takes a mere 402 metabolic reactions to produce these building blocks essential to life. These reactions form from only a few key elements available on early Earth, including hydrogen, carbon dioxide and ammonia.

But the most essential element for life is hydrogen, which is necessary for carbon fixation — the process where carbon dioxide gets converted into organic compounds used to store energy in living beings.

“Without hydrogen, nothing happens at all, because hydrogen is required to get carbon from carbon dioxide incorporated into metabolism in the first place,” Wimmer says

The scientists ultimately learned that “LUCA’s core metabolism has a natural tendency unfold all by itself from the elements on the early earth with the right catalysts under the right conditions,” Wimmer says.

Why it matters — The scientists’ findings introduce a groundbreaking thermodynamic idea to explain the origins of life on Earth.

As the researchers discuss in the paper: “the energy needed at the origin of metabolism simply stemmed from within metabolism itself, as opposed to some external source.”

By discovering that the energy source for LUCA’s emergence may have its roots in the unique geology of early Earth’s hydrothermal vents, scientists are one step closer to resolving perhaps one of the most contentious debates among scientists: where did the energy to power Earth’s earliest lifeforms come from?

“We found that hydrogen-producing hydrothermal vents provide such conditions,” Wimmer says. The metabolic reactions in these vents are “energetically downhill” so they release energy without requiring an external source.

What’s next — The scientists’ findings “suggest that the reactions that gave rise to LUCA’s metabolism arose in an aqueous environment.”

In other words: LUCA formed specifically in the watery environments of hydrothermal vents on Earth billions of years ago.

The researchers write: ‘Views concerning the role of water at origins differ widely.” Some scientists say the chemical reactions producing water aren’t conducive to forming the origins of life.

Meanwhile, other scientists assert water is essential to origin-of-life theories, since water is “the solvent of all molecules of life.” This study adds even more evidence to the pro-water camp.

With this discovery, scientists have learned that water isn’t just essential to the formation of ancient life on Mars, but perhaps modern life on Earth, too.

Abstract: Though all theories for the origin of life require a source of energy to promote primordial chemical reactions, the nature of energy that drove the emergence of metabolism at origins is still debated. We reasoned that evidence for the nature of energy at origins should be preserved in the biochemical reactions of life itself, whereby changes in free energy, ΔG, which determine whether a reaction can go forward or not, should help specify the source. By calculating values of ΔG across the conserved and universal core of 402 individual reactions that synthesize amino acids, nucleotides and cofactors from H2, CO2, NH3, H2S and phosphate in modern cells, we find that 95–97% of these reactions are exergonic (ΔG ≤ 0 kJ⋅mol−1) at pH 7-10 and 80-100°C under nonequilibrium conditions with H2 replacing biochemical reductants. While 23% of the core’s reactions involve ATP hydrolysis, 77% are ATP-independent, thermodynamically driven by ΔG of reactions involving carbon bonds. We identified 174 reactions that are exergonic by –20 to –300 kJ⋅mol−1 at pH 9 and 80°C and that fall into ten reaction types: six pterin dependent alkyl or acyl transfers, ten S-adenosylmethionine dependent alkyl transfers, four acyl phosphate hydrolyses, 14 thioester hydrolyses, 30 decarboxylations, 35 ring closure reactions, 31 aromatic ring formations, and 44 carbon reductions by reduced nicotinamide, flavins, ferredoxin, or formate. The 402 reactions of the biosynthetic core trace to the last universal common ancestor (LUCA), and reveal that synthesis of LUCA’s chemical constituents required no external energy inputs such as electric discharge, UV-light or phosphide minerals. The biosynthetic reactions of LUCA uncover a natural thermodynamic tendency of metabolism to unfold from energy released by reactions of H2, CO2, NH3, H2S, and phosphate.

What if… you discovered the origins of all life on Earth, including humans? It’s a mystery that’s puzzled, frustrated, and fascinated generations of scientists, philosophers, and spiritualists, from Plato to Charles Darwin. Today’s scientists believe the answer may lie with LUCA — the last universal common ancestor of all life on our planet. This single-cell…

What if… you discovered the origins of all life on Earth, including humans? It’s a mystery that’s puzzled, frustrated, and fascinated generations of scientists, philosophers, and spiritualists, from Plato to Charles Darwin. Today’s scientists believe the answer may lie with LUCA — the last universal common ancestor of all life on our planet. This single-cell…