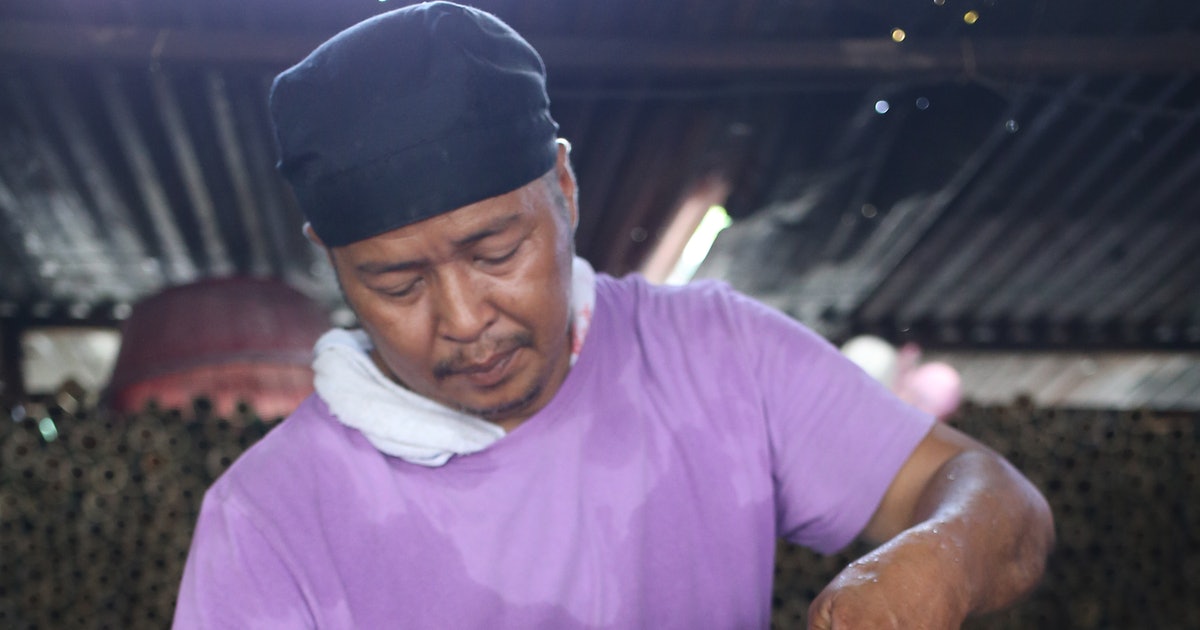 Should you wash rice? The scientific answer has nothing to do with texture

There are two types of people in this world: Those who wash and those who do not wash their rice. Whether you belong to the former or the latter, the choice has a far more menacing consequence than just starchy grains.

Our world is ultra-convenient, and our food choices reflect this — dried pasta goes directly in boiling water, a can of black beans goes straight into chili. Rice enthusiasts, however, tend to insist the grain needs a little extra human touch. Specifically, rinsing the rice under cold water until the water runs clear. Rinsing rice can add significant time to your meal prep. In perhaps the most iconic love letter to rice in film, Jiro Dreams of Sushi, Jiro’s apprentice spends an hour preparing rice — starting with a solid rinse — for a plate of nigiri.

Some swear the rinse is what gives cooked rice its fluffy texture (not sure how sticky rice slots in here). But the stakes are far higher than guaranteeing a finished culinary masterpiece: Unwashed rice may be toxic.

Rice accounts for 20 percent of all the energy humans eat worldwide, according to one report. This is far more than wheat and maize, the key ingredients in bread and cornflour. Each grain of rice contains vital nutrients:

Because rice feeds billions every day, scientists have investigated how different preparation methods affect the finished product, especially its nutritional qualities. According to the Food and Agriculture Organization of the U.S., washing rice before it is cooked may send valuable protein down the drain, as well as other water-soluble nutrients. But washing doesn’t strip the grain of nutritional value entirely.

It may, however, help rid rice of toxic arsenic, a poisonous compound, according to Manoj Menon, an environmental soil scientist at the University of Sheffield.

In turn, scientists discovered that tweaking how you cook rice can help retain these nutrients.

Menon is the lead author on a paper recently published in the journal Science of The Total Environment. Menon and his colleagues lay out a new approach to cooking rice that takes its cues from something you might already be familiar with if you ever make roast potatoes: Parboiling.

The paper dubs the new cooking method the catchy “parboiling with absorption method” (PBA). It uses far more water to cook the rice, and breaks the cooking up into three stages — an initial boil, draining, and then a secondary simmer.

Here’s how it works:

This method not only retained rice’s micronutrients, including phosphorous, potassium, magnesium, zinc, and manganese — but it also cut arsenic in half.

But Menon tells Inverse that there are certain situations where washing rice could reduce its nutrient content, namely fortified rice.

“It is not a recommended practice when the rice is fortified with micronutrients — check the label if it is fortified or not,” Menon says.

“Washing fortified rice will lead to loss of added nutrients for tackling micronutrient deficiencies,” he adds.

What happens if you don’t wash rice?

Contaminants like water-soluble arsenic, lead, and cadmium are true, dangerous side effects of not washing your rice. Heavy metals get into rice plants via the polluted groundwater that floods rice paddies. In particular, industrial wastewater can be a major cause of this issue, according to research done in China.

A 2018 study published in the Journal of the Science of Food and Agriculture also found that washing rice “significantly reduced concentrations” of these heavy metals.

Consumed in large enough quantities, heavy metals can increase a person’s risk of cancer, organ damage, and more. Young children and babies, and people who consume heavy-metal laced foods (like rice) for multiple meals a day, are particularly at risk of poisoning via their food.

Should you wash rice?

Scientific research and passed-down wisdom are aligned: Washing your rice is worth three or four minutes of effort.

Washing rice also rinses away other debris — like dirt, stones, or small bugs — that hide in the grains. But the extra step may not solve all your rice-related problems.

Rice-washing advocates will often tell you how washing the grains produces a fluffier, less stodgy final result. But that may be more legend than truth, according to 2018 research paper published in the journal Food Chemistry. In this work, the researchers experimented with three different rice varieties — glutinous rice, medium grain, and jasmine rice — cooking them with several different methods, including a rice cooker.

“The washing procedure has no significant impact on either hardness or stickiness of cooked rice,” the authors write.

“This finding also denies other researchers’ proposal that the washing procedure may alter rice texture by removing free starch produced by the milling process. It indicates for the first time that the adhering materials on the surface of raw rice grains do not contribute to the texture of cooked rice.”

In other words, you might just be bad at cooking rice if you are not satisfied with the texture.

How long should you wash rice?

Now that you’re onboard for washing your rice, the next question is obvious: how do you do it right?

The old adage is that you should rinse your rice until the water runs clear, or until you can see the individual rice grains clearly through the cloudy water. This could take several minutes, depending on your water pressure and the amount of rice.

Rinsing rice is easiest in a colander or sieve, but you can also rinse the rice in the pot you then cook the rice in. For the latter, all you need to do is run a hand or spatula through soaked grains to disturb them, drain the water off, and then repeat.

The scientists who studied the effect of washing on rice texture say washing basmati rice three to five times and medium grain rice two to three times this way should do the trick.

Now read this: Can you get high on nutmeg? A doctor explains what it does to the brain

There are two types of people in this world: Those who wash and those who do not wash their rice. Whether you belong to the former or the latter, the choice has a far more menacing consequence than just starchy grains. Our world is ultra-convenient, and our food choices reflect this — dried pasta goes…

There are two types of people in this world: Those who wash and those who do not wash their rice. Whether you belong to the former or the latter, the choice has a far more menacing consequence than just starchy grains. Our world is ultra-convenient, and our food choices reflect this — dried pasta goes…

Only SpaceX can meet one critical NASA demand, agency announces

Why do dogs like to cuddle? Pet experts explain how to bond with your pup