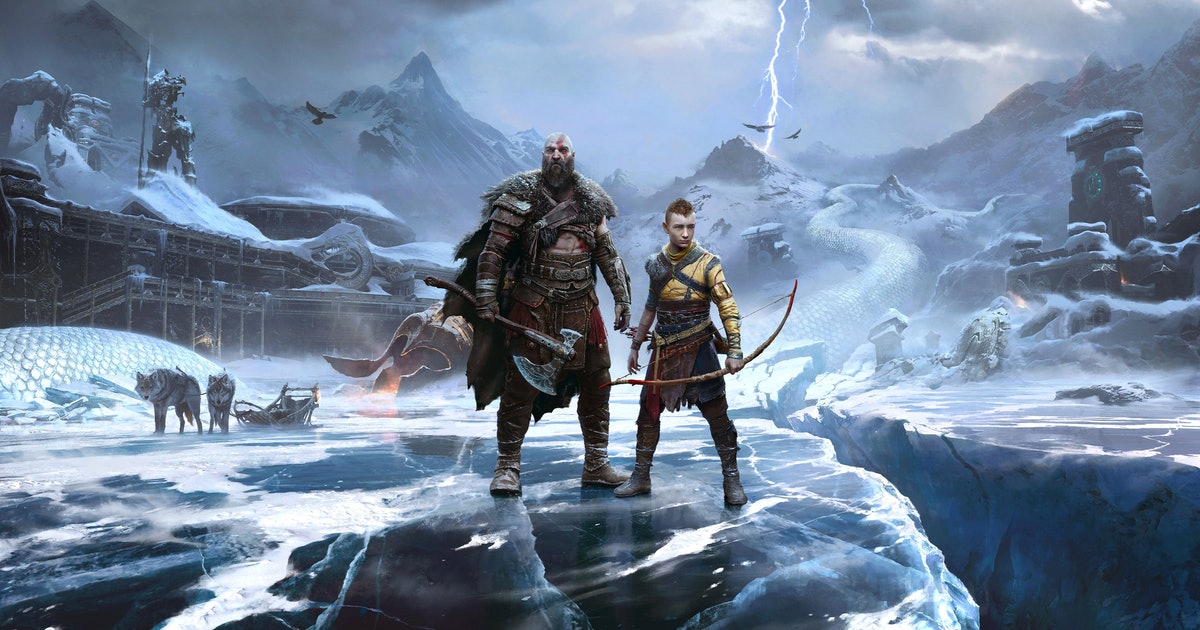 In the twilight ruins of Alfheim, Dark Elves suddenly ambush Kratos and his son Atreus.

A seemingly untraversable chasm separates God of War’s hardass father from his spindly offspring as spear-wielding foes advance on the helpless boy. You’ll be imbued with an unlimited helping of Spartan Rage to beat every enemy senseless in a righteous frenzy before punching your way through stone, bridging the gap with shattered pillars. The whole encounter takes about three minutes — an eternity in the eyes of a parent.

Though the lauded 2018 game from Sony’s Santa Monica Studio uses Spartan Rage as the fuel for this encounter, one could call the sudden power surge another name: Dad Strength. This real-life but no less superhuman phenomenon enables parents to lift cars from trapped children in times of crisis. Power fantasies are common across gaming, but tapping into this primal energy source is a relatively new trend, one that has quietly produced some of the most celebrated stories in gaming over the past decade.

The “daddening” of video games (a term that can be traced back to a Kotaku article from 2010) and the rise of “dad games” as a subgenre describes a shift towards older, parental protagonists. In 2010 alone, players fought to win the respect of an estranged son as John Marston in Red Dead Redemption and slipped into the diving suit of one of gaming’s most iconic papas: The Big Daddy in Bioshock 2. Five years later, that theme evolved into guardianship over Ellie in The Last of Us and Elizabeth in Bioshock Infinite — two of the most emotionally resonant gaming partnerships in recent memory.

Since its release, God of War has been widely seen as the pinnacle of everything the dad game has to offer. The development team built upon the formula like a family recipe passed down from Big Daddy to Booker DeWitt. In 2022, God of War Ragnarok could redefine the gold standard for the subgenre once again.

Resident Evil 4 is now widely credited as the game that sparked the game-spanning escort quest, but it certainly wasn’t the standout aspect of the survival-horror sequel. RE4 is praised for its heart-pounding action and chilling environments, but not for the addition of your vulnerable companion Ashley.

Her most endearing quality is that you can stick her in a dumpster to prevent her from getting turned into zombie chow. The need to actively defend her raised the stakes of RE4, but the whole dumpster thing undercut the emotional connection a bit. Nevertheless, the game would go on to inform the very DNA of dad games going forward.

The Last of Us and Bioshock Infinite differ vastly in their tone, style, and gameplay. But both found a lesson at the bottom of Ashley’s dumpster: Rather than place escorts in danger at all times, they could make them less burdensome.

“What father doesn’t want better for their children, to help them avoid making the same mistakes?”

Though Ellie and Elizabeth ostensibly cannot protect themselves without player intervention, your success is not directly tethered to their well-being. Despite spending almost the entire game with these characters, they never receive so much as a health bar. Enemies will rarely attack your AI companion outside of a cutscene, freeing you up to dispatch bad guys without being joined at the hip.

Imagine if Bioshock Infinite allowed you to ride the Sky Line rail system, but still made you attend to Elizabeth while you were fighting on a cloud hundreds of feet away. Imagine if Ellie stepping on broken glass alerted enemies to your presence the way it would for Joel. Despite breaking immersion and making your ally largely self-sufficient, Irrational Games and Naughty Dog reached a significant breakthrough in making the escort quest not only appealing, but captivating.

God of War continues this trend of unintrusive companion AI, polishing the experience to a mirror shine. Atreus provides ranged support in a fight and is never in any danger outside of cutscenes. Better still, you can control him, and as the story progresses he becomes more and more useful in combat. Sure, there’s a bit of ludonarrative dissonance in play since your tween buddy can’t actually die. But when a game’s this much fun to play, who cares?

Making escort quests exciting helps God of War become the ultimate Dad epic. Kratos is a strict teacher, hardened by his own regrets. What father doesn’t want better for their children, to help them avoid making the same mistakes? Anger has been a tool for him in the past, but it won’t work here, and he knows that. To watch Kratos, one of the most ruthless characters in fiction, show restraint and warmth with Atreus is a stunning turn years in the making.

Other games have depicted father-son relationships, but this felt like the ultimate father fantasy— not for Dad: the indestructible problem-solver, but as Dad: the teacher.

The fantasy of being all-powerful, able to cut down anyone who threatens you or your family is a familiar one. What’s less familiar is the experience of playing a character whose primary motivation is seeing their child prosper. Kratos isn’t looking to rid the world of all sin and danger — there’s too much blood on his hands for that. But he wants to ensure Atreus has the skills and knowledge to survive when he can’t protect him anymore. It’s no surprise, then, that the gamers who came of age in the 80s and 90s would resonate with these kinds of stories as they’re becoming fathers themselves.

Just the two of us

More nuanced and dynamic AI has transformed the dull escort quests of the past into resonant emotional experiences, and now 2022’s God of War: Ragnarok is poised to take the genre to a new level. It’s an opportunity to transform the dad game into a father and son experience.

“God of War’s combat has always been a brutal, beautiful dance.”

While we can expect Ragnarok’s gameplay to be fundamentally similar to its predecessor, this older Atreus will likely take on a larger role in combat and the story as a whole. The climactic tag-team smackdown at the end of God of War as the two characters trade swings on Baldur was an unforgettable spectacle. It could be a proof of concept for the upcoming sequel, the same way fighting alongside Eleanor at the end of Bioshock 2 was a test-drive of Elizabeth’s AI in Infinite. Perhaps that final battle was also a teaser of what may be possible soon. Going forward, Kratos may no longer protect Atreus, but instead treat him like a brother in arms.

We could also see Ragnarok take one last page from the playbook of its forefathers, as it relates to the prophecy scratched onto the walls naming Atreus as Loki. Could we see a switch in perspective the same way we did with Joel and Ellie in The Last of Us Part II? Controlling Atreus would be a dramatic change of pace. In the last game, we saw Kratos go to Hel and back to rescue his son. Perhaps Atreus will return the favor this time around? Or maybe we’re in for an even more dramatic perspective change — given that the writing is quite literally on the wall for Kratos at the end of the 2018 game.

God of War’s combat has always been a brutal, beautiful dance. Adding a partner would take the series and genre to new heights.

In the twilight ruins of Alfheim, Dark Elves suddenly ambush Kratos and his son Atreus. A seemingly untraversable chasm separates God of War’s hardass father from his spindly offspring as spear-wielding foes advance on the helpless boy. You’ll be imbued with an unlimited helping of Spartan Rage to beat every enemy senseless in a righteous…

In the twilight ruins of Alfheim, Dark Elves suddenly ambush Kratos and his son Atreus. A seemingly untraversable chasm separates God of War’s hardass father from his spindly offspring as spear-wielding foes advance on the helpless boy. You’ll be imbued with an unlimited helping of Spartan Rage to beat every enemy senseless in a righteous…