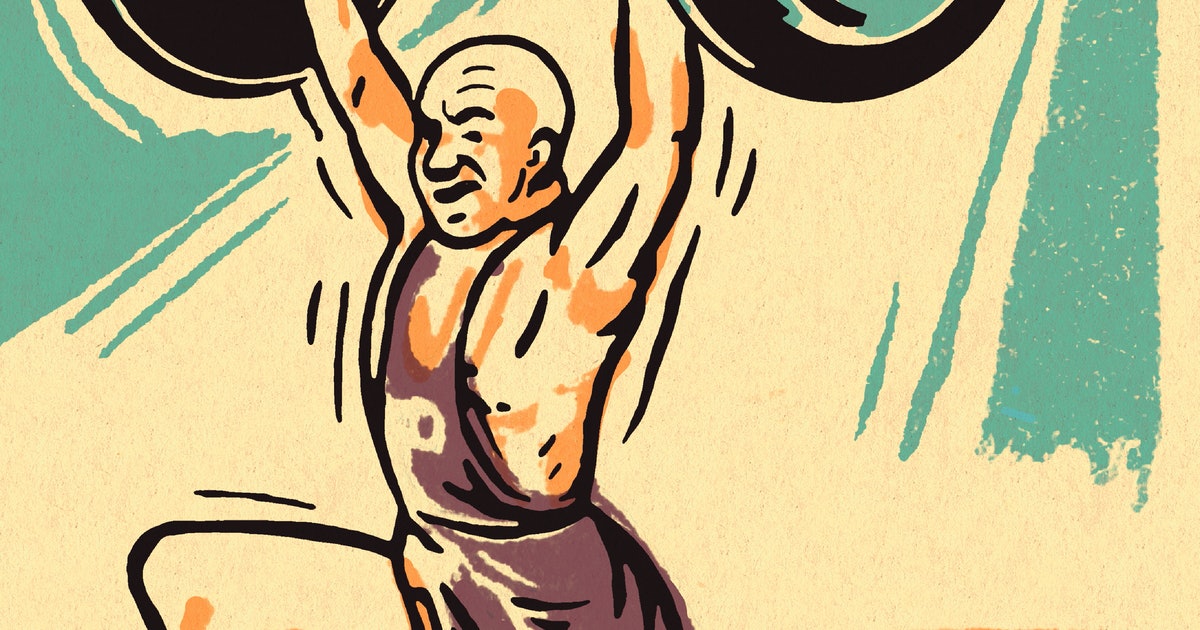 One motivational strategy could change your relationship with exercise for good

It’s tough to keep up a gym routine. Even before Covid-19 caused a mass exodus of members, some surveys and other sources reveal two-thirds of gym memberships go unused. We’re good at signing up, it seems, less good at showing up. But there may be an easy, low-cost way to entice people back to the hallowed halls of exercise.

The discovery — In a new “megastudy,” thirty psychologists tried out 53 gym motivation strategies on 61,293 members of the gym chain 24 Hour Fitness. The results were published Wednesday in Nature.

The most effective motivational techniques were not based on guilt, shame, or promises of a healthier, happier body and mind. Rather, the most motivation came from giving members a tiny amount of credit points to their Amazon account per gym visit.

Even if the credit amounted to mere pennies, the system tended to get more people to the gym more often and consistently than these other common motivational measures:

Researchers purposefully set the amount users could earn to be “inconsequential,” Dena Gromet, one of the co-authors, told Inverse. The most anyone ever earned for a gym visit was $1.79. If they lasted through seven days, that would be enough to purchase a six-item Bert’s Bees gift package. Still, people responded best to the language of money.

“I think the take-home message is that incentives are helpful, regardless of the size of the reward,” Gromet says.

How they did it — Between April of 2018 and January of 2019, members of 24 Hour Fitness were encouraged to sign up for “Step Up,” a research program that lasted four weeks.

This was the forward face of the mega-study, whose architects were researchers Katherine Milkman and Angela Duckworth at the University of Pennsylvania. They enlisted other behavioral psychologists to create 53 interventions to encourage gym-going that all followed a similar template for participants to follow:

First, participants created a workout calendar. Then, they received text reminders to go to the gym when they planned. At the same time, they were enrolled in a points system whereby each gym visit could be redeemable for a small credit on Amazon (usually 22 cents per visit). Researchers tracked participants’ visits using their check-in cards.

The 61,293 members of 24 Hour Fitness who enrolled in Step Up were shepherded into the 53 programs — there was also a control group that was given 1,500 points, worth $1.08, for signing up to go to the gym as part of the study. This amount reflected what the researchers supposed the average person might make from going to the gym following the other 53 programs.

Among the 53 motivational strategies the researchers tested, there were:

24 Hour Fitness was (at the time) the fourth largest gym chain in the U.S. with more than 400 locations. The chain has since declared bankruptcy and closed 100 locations, a victim of Covid-19’s devastation of the fitness industry.

Five, in particular, stood out for their effectiveness:

The five least motivational strategies, from lowest to highest, were:

Why it matters — None of the above plans were so bad they decreased people’s gym visits from their base frequency before the study, so that’s encouraging.

But all the gains were short-lived: Only four interventions kept the participants going to the gym more frequently than they had pre-Step Up in the four weeks following the study:

Given there were 53 strategies, the results are a bit messy and a few are hard to interpret: Why did people respond better to getting 125 bonus points for returning after missing workouts than they did to 225 bonus points? Why was telling people going to the gym regularly is a trend important?

One theme is clear: Many of the most successful interventions involved the Amazon reward system. How that might help you commit to a workout routine, however, remains to be seen.

“Our results are looking at this from the perspective of what facilities can do to keep people exercising,” Gromet says.

What’s next — One of the study’s findings is telling as to how these results might be put in practice in the real world: Psychologists were awful at predicting which motivational tactics would work. The authors recruited 547 outside observers, 301 lay people, and 146 behavioral psychologists from universities and think tanks, and tasked them with predicting how many visits each intervention would add.

The outside observers thought listing obstacles and thinking through ways to overcome them would be a success. It was one of the worst performers. One of the most doubted interventions, a free Audible audiobook only accessible at the gym, was one of the best performers, increasing gym visits by about 0.5 instances per week.

The results could have important implications for opening phsycial fitness spaces back up after lockdown closures. Like many activities requiring in-person participation, the pandemic devastated the gym industry. According to a report from the International Health, Racquet and Sportsclub Association, industry revenue plunged in the U.S. by 58 percent in 2020 when compared to 2019, from $35 billion to $15 billion last year. Seventeen percent of facilities closed permanently and more than one million one-time employees lost their jobs.

At the same time, fitness is increasingly going online, as witnessed by the spectacular Covid-era success of Peloton, which sells bikes, treadmills, and other at-home gym equipment and coahing. It may take more than some treadmills, weight machines, and low-price membership deals to keep members coming back.

On a totally different tack, this is an important validation of the “mega-study” format, the authors argue.

“If we had tested only one or two interventions (as is typical in behavioural science research), we probably would not have picked many top performers and failed to gain valuable new insights,” they write (British spelling their own).

Because most interventions did not stick and the study only followed-up participants for four weeks, Gromet says the next step is to test which strategies get people to change their exercise habits beyond just a few weeks.

Policy-makers are increasingly turning to behavioural science for insights about how to improve citizens’ decisions and outcomes. Typically, different scientists test different intervention ideas in different samples using different outcomes over different time intervals. The lack of comparability of such individual investigations limits their potential to inform policy. Here, to address this limitation and accelerate the pace of discovery, we introduce the megastudy—a massive field experiment in which the effects of many different interventions are compared in the same population on the same objectively measured outcome for the same duration. In a megastudy targeting physical exercise among 61,293 members of an American fitness chain, 30 scientists from 15 different US universities worked in small independent teams to design a total of 54 different four-week digital programmes (or interventions) encouraging exercise. We show that 45% of these interventions significantly increased weekly gym visits by 9% to 27%; the top-performing intervention offered microrewards for returning to the gym after a missed workout. Only 8% of interventions induced behaviour change that was significant and measurable after the four-week intervention. Conditioning on the 45% of interventions that increased exercise during the intervention, we detected carry-over effects that were proportionally similar to those measured in previous research. Forecasts by impartial judges failed to predict which interventions would be most effective, underscoring the value of testing many ideas at once and, therefore, the potential for megastudies to improve the evidentiary value of behavioural science.

It’s tough to keep up a gym routine. Even before Covid-19 caused a mass exodus of members, some surveys and other sources reveal two-thirds of gym memberships go unused. We’re good at signing up, it seems, less good at showing up. But there may be an easy, low-cost way to entice people back to the…

It’s tough to keep up a gym routine. Even before Covid-19 caused a mass exodus of members, some surveys and other sources reveal two-thirds of gym memberships go unused. We’re good at signing up, it seems, less good at showing up. But there may be an easy, low-cost way to entice people back to the…

Will there ever be a post-pandemic? Why the answer is out of reach