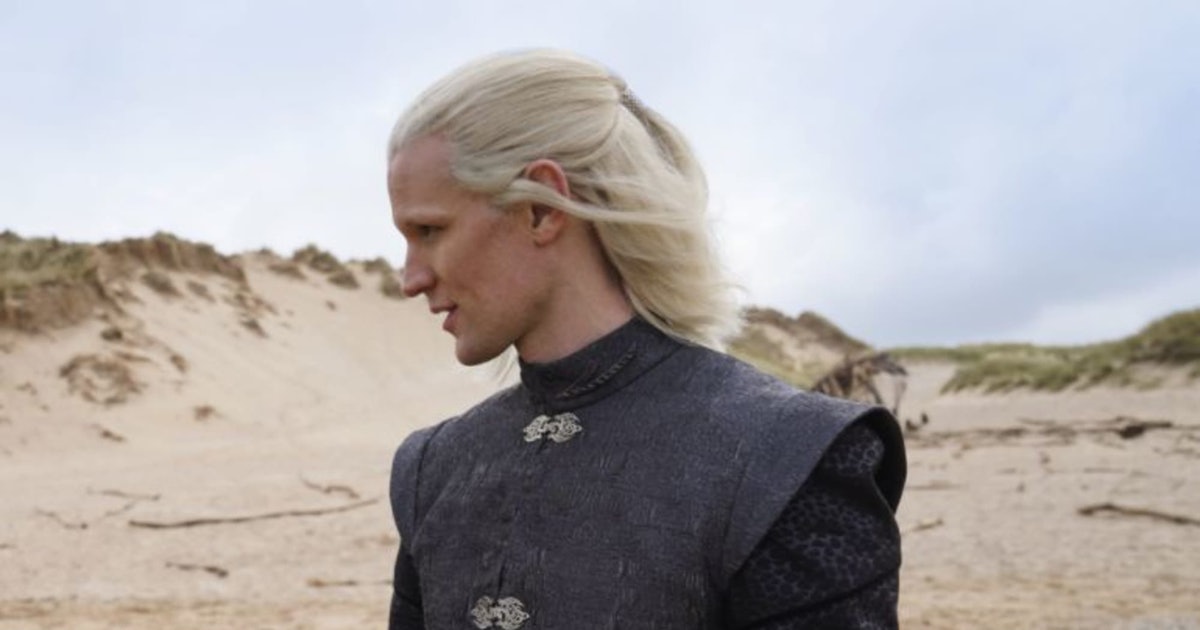 House of the Dragon promises to introduce casual Game of Thrones fans to many new characters, but few are more important or noteworthy than Daemon Targaryen.

Who is Daemon Targaryen?

Daemon Targaryen is the second son of Prince Baelon Targaryen and the younger brother of King Viserys I Targaryen, who holds the Iron Throne at the start of House of the Dragon. Daemon is charming and talented, but arrogant and incredibly ambitious. Over the course of his life he’s the husband to three different women: Lady Rhea Royce, Lady Laena Velaryon, and his niece, Princess Rhaenyra Targaryen (Emma D’Arcy).

Daemon hated traditional governance, and always found great delight in directly imposing his will on others. When he was appointed Commander of the City Watch of King’s Landing by his brother, crime in the city plummeted, but his brutal tactics and cruel punishments made him feared and distrusted by citizens. He referred to himself as the Prince of the City, but became better known — and you should probably expect to hear this in House of the Dragon — as “Lord Flea Bottom,” in reference to the amount of time he spent in King’s Landing’s poorest neighborhood.

He had a tumultuous relationship with his brother, King Viserys, a bitter rivalry with Hand of the King Ser Otto Hightower (Rhys Ifans), and was disliked by his brother’s second wife (and Otto’s daughter), Queen Alicent Hightower (Olivia Cooke). All of that is important to know going into House of the Dragon, because Daemon’s relationships with Otto, Alicent, Viserys, and his niece/wife Rhaenyra play a major role in how The Dance of the Dragons plays out.

What is he known for?

Daemon accomplished many things, but one of his most notable acts was when he and Lord Corlys Velaryon (Steve Toussaint) allied to take control of a chain of islands known as the Stepstones. When they succeeded, Daemon named himself King of the Stepstones and the Narrow Sea. The act gave Daemon control over a small “kingdom,” created enemies, and made his desire to rule clear to everyone — including his brother.

More than anything, his desire to reign and remain Viserys’ heir defined Daemon’s life. It’s why he left King’s Landing in anger when Viserys had his daughter, Rhaenyra, named his heir, a decision that ensured Daemon wouldn’t be next in line for the Iron Throne even if Viserys never sired a male heir.

It’s also why Daemon went on to marry Rhaenyra. Their marriage was performed without Viserys’ permission, and while the king refused to punish Rhaenyra by naming someone else his heir, the marriage becomes a key reason why some lords of Westeros decide to support her stepmother, Alicent Hightower, and the claim of Alicent’s son, Aegon, instead of backing Rhaenyra during The Dance of the Dragons.

Who does he side with in House of the Dragon?

The Dance of the Dragons is a Targaryen civil conflict that breaks out when Rhaenyra Targaryen’s claim to the Iron Throne is challenged by her half-brother, Aegon II Targaryen. It’s a conflict that splits the Targaryen dynasty in two and forces its allies and the houses of Westeros to choose sides. Those who support Rhaenyra’s claim are known as “the blacks,” while those who support Aegon II’s are known as “the greens.”

Daemon, predictably, sides with his wife Rhaenyra, and he proves to be a powerful force throughout the conflict as he lives up to his reputation as a legendary fighter and dragon rider. His story ultimately leads to what is arguably the most epic moment in the history of Westeros, but we’ll let you wait to find out exactly what that is.

For now, just know that Daemon Targaryen is one of the most interesting and complex characters that House of the Dragon has to offer — one who alternates between being a hero and villain with practically every move he makes.

House of the Dragon will premiere on HBO in 2022.

House of the Dragon promises to introduce casual Game of Thrones fans to many new characters, but few are more important or noteworthy than Daemon Targaryen. Set to be played by Matt Smith in the HBO series, the character is one of the most prominent figures in The Dance of the Dragons, the Targaryen conflict…

House of the Dragon promises to introduce casual Game of Thrones fans to many new characters, but few are more important or noteworthy than Daemon Targaryen. Set to be played by Matt Smith in the HBO series, the character is one of the most prominent figures in The Dance of the Dragons, the Targaryen conflict…

Look: 9 images of 'Succession' characters as iconic heroes and villains

The best TV vampire of 2021 needs a spinoff ASAP