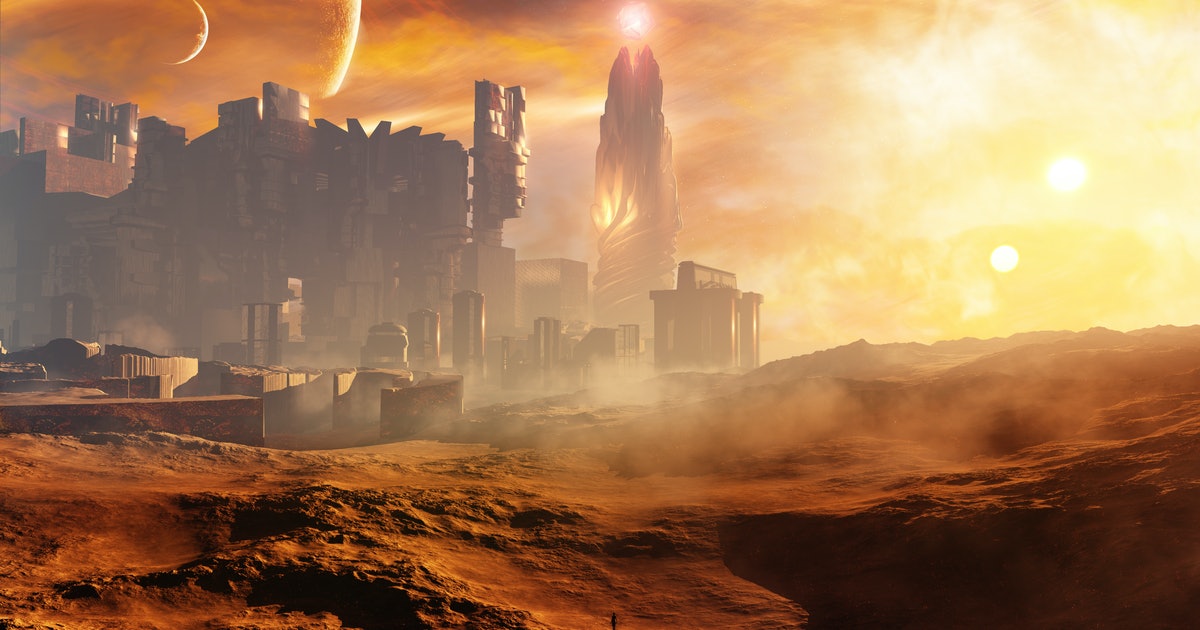 This revolutionary NASA tech could make a Mars city possible

Over the next 15 years, multiple space agencies and their commercial partners intend to mount crewed missions to the Moon and Mars.

In addition to placing “footprints and flags” on these celestial bodies, there are plans to establish the infrastructure for a long-term human presence. Several technologies are currently being researched and developed to meet these mission requirements and ensure astronaut safety.

At their core, these technologies are all about achieving self-sufficiency in terms of resources, materials, and energy.

To ensure that these missions have all the energy they need to conduct operations, NASA is developing a Fission Surface Power (FSP) system to provide a safe, efficient, and reliable electricity supply. In conjunction with solar cells, batteries, and fuel cells, this technology will shortly allow for long-term missions to the Moon and Mars.

For NASA, having fission reactors for lunar surface operations is a vital part of the Artemis Program, which aims to create a program of “sustained lunar exploration.” This means infrastructure is required, like the Lunar Gateway (where spacecraft will dock and resupply) and the Artemis Base Camp on the surface, where astronauts will eat, exercise, and sleep when not conducting extravehicular activities (EVAs) – i.e., surface operations.

“Plentiful energy will be key to future space exploration,” he said in a NASA press release. “I expect fission surface power systems to greatly benefit our plans for power architectures for the Moon and Mars and even drive innovation for uses here on Earth.”

The concept builds on NASA’s Kilopower project, an effort to create a small, lightweight fission system that could provide up to 10 kilowatts of power continuously for at least ten years.

The project wrapped up in March 2018 with the successful completion of the Kilopower Reactor Using Stirling Tech (KRUSTY) demonstrator. This prototype consisted of a solid, cast uranium-235 reactor core (about the size of a paper towel roll) and passive sodium heat pipes that transferred the heat generated by slow fission reactions to high-efficiency Stirling engines, which convert the heat to electricity.

Based on this success, NASA has since partnered with the U.S. Department of Energy — through the Idaho National Laboratory (INL) operated by Battelle Energy Alliance — to develop the Kilopower-inspired FSP for the Artemis Program. This will culminate with a technology demonstration, tentatively scheduled for the early 2030s, which will see a prototype reactor will be sent to the Moon to test its capabilities under lunar conditions.

“NASA and the DOE are collaborating on this important and challenging development that, once completed, will be an incredible step towards long-term human exploration of the Moon and Mars. We’ll take advantage of the unique capabilities of the government and private industry to provide reliable, continuous power that is independent of the lunar location.”

On November 19, NASA and the DOE issued a solicitation to American companies for design concepts for a fission power system that could be ready to launch within a decade for a demonstration on the Moon.

As stated in solicitation documents, the FSP should consist of “a uranium-fueled reactor core, a power conversion system (PCS), a thermal management system, and a power management and distribution (PMAD) system having a capability to provide no less than 40 kilowatts of continuous electric power at the user interface at the end of life.”

The system NASA envisions will provide at least 40 kilowatts of power, enough to continuously power 30 houses here on Earth for 10 years. Thanks to how the technology has matured, nuclear power systems can also be scaled to create compact and lightweight designs. This is key to fulfilling NASA’s Artemis mission requirement for power systems capable of autonomous operation from the deck of a lunar lander or a lunar surface rover.

Configured like this, a system like the FSB could provide enough power to sustain a lunar base and (in the coming decades) an outpost on Mars. On Mars, seasonal variations lead to dust storms that can sometimes grow large enough to encompass the entire planet and last for months. At times like this, solar energy is unreliable, and wind power, batteries, and fuel cells can only pick up so much of the slack.

Another bonus to this research is how it will help develop nuclear propulsion systems that rely on reactors to generate power. These include Nuclear-Thermal and Nuclear-Electric Propulsion (NTP/NEP) technologies, which could shorten travel time to Mars to just 100 days. Here too, NASA has been researching the technology for decades, with very encouraging results (e.g., the NERVA reactor).

Over the next twelve months, NASA and the DOE will select competing U.S. companies to develop initial designs. These will inform an industry solicitation for the final design and construction of flight-qualified fission power systems next year. The finalists of this phase will have their finished designs compete for a demonstration mission to the Moon. If all goes well, surface operations on the Moon and Mars will never have to worry about the lights going out.

This article originally appeared in Knowable Magazine, an independent journalistic endeavor from Annual Reviews. Sign up for the newsletter.

Over the next 15 years, multiple space agencies and their commercial partners intend to mount crewed missions to the Moon and Mars. In addition to placing “footprints and flags” on these celestial bodies, there are plans to establish the infrastructure for a long-term human presence. Several technologies are currently being researched and developed to meet…

Over the next 15 years, multiple space agencies and their commercial partners intend to mount crewed missions to the Moon and Mars. In addition to placing “footprints and flags” on these celestial bodies, there are plans to establish the infrastructure for a long-term human presence. Several technologies are currently being researched and developed to meet…

The environmental movement gets one existential fact wrong about nature

What do fish do at night? 588 marine species reveal something surprising