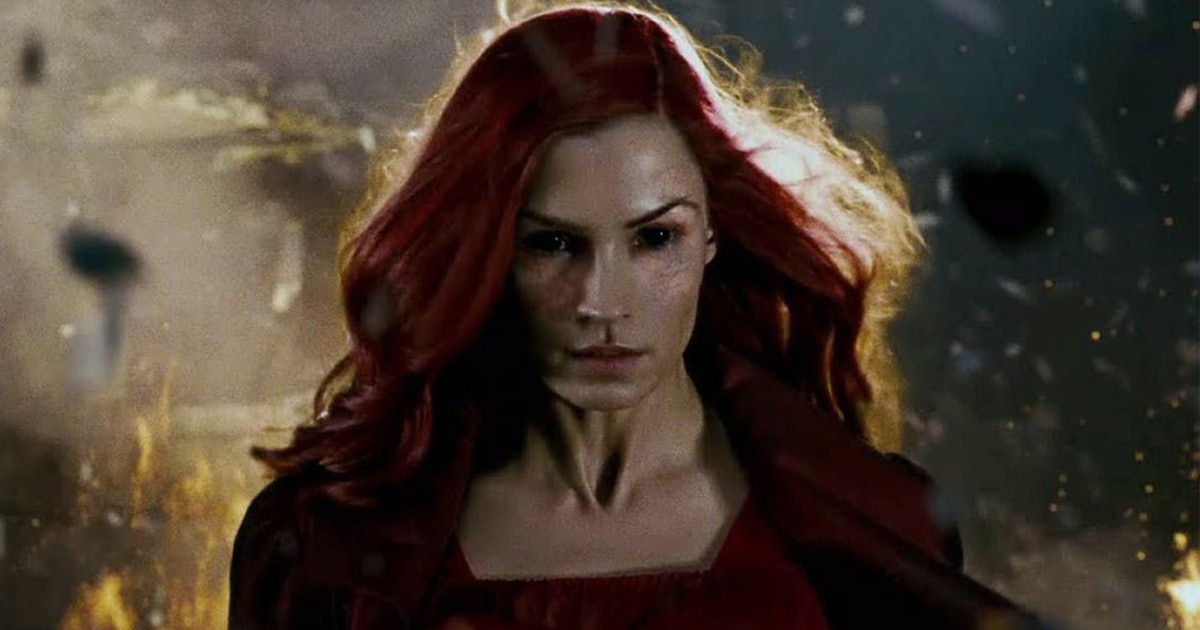 The Phoenix is, at least as far as Marvel Comics go, one of the most powerful beings in the universe. It is the nexus point of all psychic energy in the multiverse with the ability to tap into the life-force of future generations and deny them existence while enhancing its own power in the present.

Yeah, it’s pretty wild stuff, with limits that haven’t even been fully explored. Essentially the Phoenix is a god within the Marvel Universe. But on the film side of things, it has been… less so. However, that could change when the Phoenix inevitably makes its debut in the Marvel Cinematic Universe.

The Phoenix, both as the moniker for the telepathic mutant Jean Grey and as the ageless cosmic entity, has one of the most storied mythologies in the Marvel Universe. The rise of the Phoenix and the subsequent Dark Phoenix Saga made Chris Claremont’s and Dave Cockrum’s Uncanny X-Men the comic series to read in the ‘70s and ‘80s, and again in the early 2000s when Grant Morrison made the coolest book on the shelves with New X-Men. The Phoenix was a reference point in the first season of Stranger Things, and arguably in WandaVision, which re-envisioned the Scarlet Witch as a role rather than an alias.

Most (in)famously, it’s been the center of two X-Men movies: X-Men: The Last Stand (2006) and Dark Phoenix (2019). Neither of the Phoenix’s film appearances were well-received by critics, (57% and 22% on Rotten Tomatoes, respectively, with audiences scores in the 60% margin) and deviate significantly from the cosmic saga told in Marvel Comics.

I’d argue both films have their merits and offer things to enjoy, Dark Phoenix especially, and that the depiction of the Phoenix is no fault of actors Famke Janssen and Sophie Turner.

The issue with the Phoenix in those films was both the lack of build-up and the failure to distinguish between the Phoenix and the Dark Phoenix. The films also muddled whether Phoenix was a secondary mutation or a cosmic entity. Essentially the Phoenix became an extreme form of mental illness for Jean Grey, brought about by her telepathy — and not by a cosmic god living in the body of a human woman.

Undoubtedly, as Marvel Studios plans to introduce mutants and continues to explore the cosmic side of the MCU, a more comic-accurate depiction of the character will be seen, likely with all the galactic battles and multiversal ties associated with the Phoenix Saga. But will audiences be interested in seeing a third iteration of Jean Grey as the Phoenix?

On the one hand, this is Marvel Studios we’re talking about, and audiences certainly haven’t minded a third Spider-Man. But I do wonder if whoever comes onboard to introduce Jean Grey and the Phoenix in the MCU will want to retread those waters. While Jean’s part in the Phoenix story could certainly be explored in the MCU at some point, the comics have showcased that she is only a small part of the Phoenix story, which stretches forward and backward through time.

We’d be here all day if I covered every Phoenix host and their impact, so I’ll give you the quick and dirty version of the most significant characters to be possessed by the Phoenix:

So yeah, Marvel Studios has a lot of options to choose from, and whoever it doesn’t choose would make good fodder for a handful of What If? episodes.

Ever since Disney’s purchase of 20th Century Fox, Marvel fans have been intrigued by the idea of an Avengers vs. X-Men movie. Going by the current MCU slate, any such project would be a long way off, but it does seem worth mentioning that the Phoenix was at the heart of the Avengers vs. X-Men conflict in the comics.

This 2012 crossover event saw the Phoenix Force split among Cyclops, Emma Frost, Namor, Colossus, and Magik who became known as the Phoenix Five and strove to create a utopia with mutants at the forefront, much to the suspicion of the Avengers. It’s possible a similar scenario could play out in the MCU before a single Phoenix is finalized.

One thing that gives the MCU an edge over the Fox iterations is that there’s an opportunity to see the Phoenix Saga play out over multiple films. There’s no need to rush through the story without exploring who the Phoenix or Jean (should she be the host) are as separate characters first. If done right, the Phoenix Saga could play out across several phases, just as Thanos’ story did previously, and as Kang’s appears to be doing now.

“To only explore this story through X-Men films limits the potential.”

It would be interesting to finally see what the shift from Phoenix to Dark Phoenix looks like on screen, and explore how the Marvel Universe’s different alien beings, like the Shi’Ar and the Kree see the Phoenix — as god or devil?

To only explore this story through X-Men films limits the potential. The Phoenix is a large enough entity to play a role in sequels to Captain Marvel, Guardians of the Galaxy, Thor, the Fantastic Four, and Doctor Strange. She is limitless in her potential.

But wait, there’s more! In Jason Aaron’s current run on The Avengers, which has offered a lot of interesting synergy with the MCU, it was revealed that the Phoenix is actually Thor’s biological mother. It could be an interesting direction to go in the MCU and could further complicate the loss of Frigga. Not only are mommy issues at play in Aaron’s run, but the Phoenix force also has a new host in the form of Maya Lopez, aka Echo.

This development is a very recent one, as in it just happened in April of 2021. But given Echo’s MCU debut in Hawkeye, where actor Alaqua Cox immediately cemented herself as a new Marvel legend, Echo may have a cosmic destiny ahead. Already there are fan-theories cropping up that the Hawkeye spin-off series focused on Cox’s Maya Lopez will set her on the path to becoming the Phoenix.

I predict Echo will take a much more grounded route, closer to Daredevil, and will see Maya confront her “uncle” Wilson Fisk, perhaps with the help of a certain horned vigilante. But that doesn’t mean that the Phoenix isn’t possible for Echo in the future. What Echo’s role as the Phoenix means in the comics has yet to be fully defined, except that she was chosen for her ability to survive impossible odds and handle loss better than most.

Her development in the comics and the response from fans may be a deciding factor in whether Echo has a cosmic role awaiting in the MCU, or if she’ll continue to be a badass street-level hero, which certainly isn’t something to knock either. But the fact that an American Indian woman is set to play a major role in both Marvel Comics and the MCU feels worthy of celebration.

We’ve witnessed the demise and rebirth of the Phoenix across comics and films. One thing feels certain: when the Phoenix makes its debut in the MCU, it’ll burn brighter than it ever has onscreen before.

THANKS FOR READING, AND AS ALWAYS, KEEP YOUR MIND IN THE GUTTER!

Enter: The Phoenix! The Phoenix is, at least as far as Marvel Comics go, one of the most powerful beings in the universe. It is the nexus point of all psychic energy in the multiverse with the ability to tap into the life-force of future generations and deny them existence while enhancing its own power…

Enter: The Phoenix! The Phoenix is, at least as far as Marvel Comics go, one of the most powerful beings in the universe. It is the nexus point of all psychic energy in the multiverse with the ability to tap into the life-force of future generations and deny them existence while enhancing its own power…

8 most exciting electric cars, from Rivian R1S to F-150 Lightning