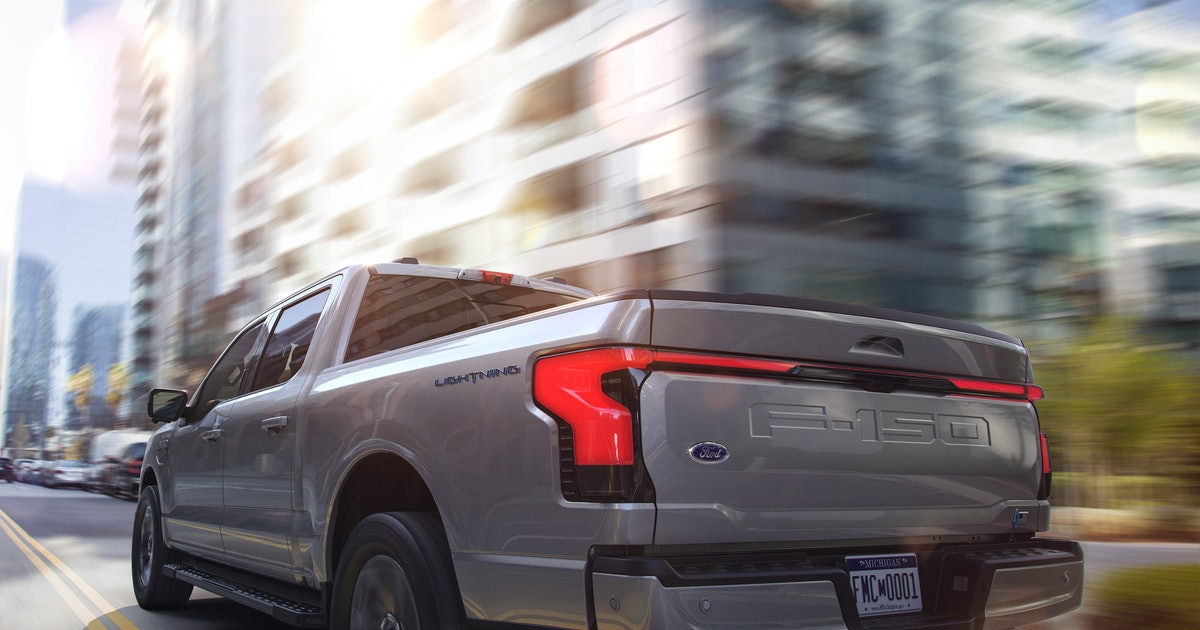 8 most exciting electric cars, from Rivian R1S to F-150 Lightning

2021 is definitely the year electric cars went mainstream. A whole host of EVs dropped this year: the Ford Mustang Mach-E, Volkswagen ID.4, Hyundai IONIQ5, Rivian R1T, and Polestar 2 all hit the road — and, most importantly, they’re all rather excellent normal cars.

And EVs need to be normal to be adopted by the masses. Small city cars like the BMW i3 and Nissan Leaf aren’t what Americans want. They like SUVs and crossovers and pickup trucks, and now those are finally available in all-electric form.

But if 2021 was a big year for EV enthusiasts, 2022 is shaping up to be even better. Between the best-selling vehicle in America going electric (see #1 on our list), the Ultimate Driving Machine (#3), and the first EV from a major battery-driven holdout (#6), it’s going to be a hell of a year.

Let’s get into it.

When I reviewed the Volvo C40 Recharge a few months back, I declared its 408 horsepower and 487 lb-ft of torque to be hilariously fun. Putting this much power in a small electric crossover gets us well into hot hatch territory, showing how exciting this new EV revolution is going to be.

The C40 Recharge should hit dealers early in 2022.

I reviewed the terrific Rivian R1T pickup and declared it the first EV designed for Americans. The R1S should continue that, bringing Rivian’s amazing design and technology to the SUV realm.

Though it’s been delayed a bit, the first R1S deliveries should start soon, and I suspect this will be one of the most in-demand EVs around.

Toyota has been the slowest of the big automakers to embrace fully electric vehicles, choosing instead to focus on hybrids and even hydrogen-powered cars like the Mirai.

But hybrids won’t cut it forever and hydrogen isn’t near ready, so Toyota is launching the bZ4X — it’s first all-electric mainstream car. An entire lineup of bZ cars (it stands for Beyond Zero) are coming, so watch for this at your local Toyota dealer in the middle of next year.

I loved the Polestar 2 when I drove it earlier this year, and I expect the brand’s next car, the Polestar 3, to be a kick-ass performance machine.

We’ve only seen a glimpse of it so far, but if it takes the Polestar formula of exquisite European design and terrific performance chops and turns it up, we’re in for a glorious year.

It’ll have a range of better than 300 miles and uber-fast charging speeds thanks to its 800-volt architecture. Kia says it’ll go from 10-80 percent in as little as 18 minutes on the right DC fast charger, which is getting very close to your average gas stop.

The first all-electric BMW performance sedan (the i3 was more of a weird project than a true Ultimate Driving Machine), the BMW i4 takes the tried-and-true BMW formula of sporty luxury and electrifies it.

It’s not an electric car — it’s a BMW. And it’s a gorgeous gran coupé that looks so much like any other BMW that you’d never know it was electric. Which is exactly the point.

The Cadillac Lyriq might be the best-looking new EV on the market. With years of electric car experience thanks to things like the Chevy Bolt and Volt, General Motors might be the best-positioned American car company (except for Tesla, of course) to champion the electric revolution.

Reasonably priced for a luxury car, beginning at around $60,000, the drop-dead gorgeous Lyriq is primed to be one of the big winners of 2022.

I got a ride in the new Ford F-150 Lightning earlier in the year and was blown away. Ford has taken the country’s best-selling vehicle for decades and electrified it. No more, no less. It’s a Built Ford Tough electric F-150.

Ford could have put a new name on it, or just called it the Ford Lightning. But they didn’t, and by slapping an F-150 badge on it Ford declared the future to be electric. I can’t wait.

To learn more about all the new electric vehicles on the market, sign up for Jordan Golson’s free car reviews newsletter on Substack.

2021 is definitely the year electric cars went mainstream. A whole host of EVs dropped this year: the Ford Mustang Mach-E, Volkswagen ID.4, Hyundai IONIQ5, Rivian R1T, and Polestar 2 all hit the road — and, most importantly, they’re all rather excellent normal cars. And EVs need to be normal to be adopted by the…

2021 is definitely the year electric cars went mainstream. A whole host of EVs dropped this year: the Ford Mustang Mach-E, Volkswagen ID.4, Hyundai IONIQ5, Rivian R1T, and Polestar 2 all hit the road — and, most importantly, they’re all rather excellent normal cars. And EVs need to be normal to be adopted by the…

With 12 days till launch, the James Webb Telescope moves to a critical stage