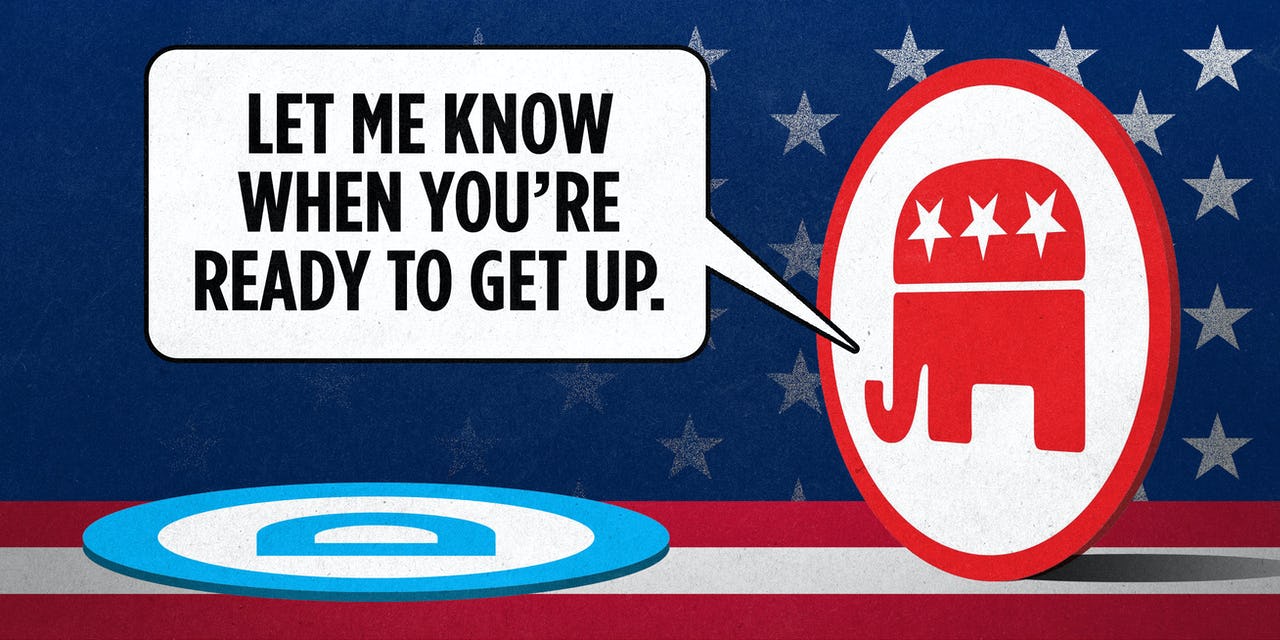 Where Stands Our ‘Freedom in the 50 States’?

It shouldn’t be a surprise that red states are more free and prosperous than blue states.

Our Declaration of Independence says we were all created equal, but Liberty in these United States is not always equal. The Cato Institute has released its latest ranking of U.S. states according to personal and economic freedom and, as you might expect, there’s a theme of red and blue.

According to Cato, the survey looks at more than 230 metrics, including taxation, abortion, marijuana laws, state debt, health insurance, education, and others. Cato’s conception of freedom is based “on an individual rights framework,” it says. “In our view, individuals should not be forcibly prevented from ordering their lives, liberties, and property as they see fit, as long as they do not infringe on the rights of others.”

In terms of the personal freedom rankings, it’s predictable that Democrat states like Maryland, New Jersey, California, and New York rank at the bottom. Meanwhile, more conservative states sit in the top 10.

“Because of the Cato Institute’s libertarian leanings, a small portion of the index considers policies surrounding gambling, LGBTQ ideology, marijuana, and tobacco,” The Daily Wire reports. “After filtering out these categories and focusing specifically on economic freedom, however, the top five states are Florida, Tennessee, New Hampshire, South Dakota, and Idaho; the bottom states are once again New York, Hawaii, California, Oregon, and New Jersey.”

Florida is one state that’s been surging to the top of Cato’s survey in recent years. “Florida’s rise since 2009 has been nothing short of stunning,” according to Cato. “Most states have improved on freedom in that time if federalized policies are excluded; however, Florida’s post-2010 improvement has been the third greatest in the United States (after Wisconsin and Michigan).”

Moreover: “Florida’s improvement has lain almost entirely in fiscal policy, where the numbers tell a consistent story: government consumption, local taxes, state taxes, debt, and government employment have all fallen as a share of the private economy. Florida’s state leadership deserves great credit for making freedom a priority over the past decade, and it shows.”

There’s another area in which Florida now leads the nation: As of a few days ago, the Sunshine State ranks 50th when it comes to the number of new COVID cases. And, despite its high elderly population, Florida also boasts a relatively low number of COVID deaths per 100,000 residents.

Florida Governor Ron DeSantis (R) has balked at the Biden administration’s attempts to implement mask and vaccination mandates in schools and in the workplace. Other states that have largely ignored business shutdowns and mandates, including Texas, also report low numbers of coronavirus cases, whereas states with authoritarian diktats are struggling to combat the virus.

It’s no wonder that so many people are moving to states like Florida.

Not surprisingly, it’s a different story in New York. Cato’s survey notes: “New York also performs poorly across the board, ranking at or near the bottom in all three dimensions of freedom. Thus, New Yorkers feel the heavy hand of government in every area of their lives. Is it any wonder that people are fleeing the state in droves?”

In fact, recent trends indicate there’s an exodus from blue states as residents seek better economic opportunities and less regulation over their lives. Earlier this year, Forbes reported that “the top five states seeing a mass exodus are all Democrat-controlled.”

New York alone has lost nearly 1.5 million residents since 2010. All Americans should “pay attention to the collapse of New York,” cautions Liz Peek. “The willful destruction of our nation’s greatest city is not an accident; it is not an unhappy misfortune caused by COVID-19. Rather, it is the cumulative effect of progressive policies that may soon wash up on your shores, in your town, and that can undermine the neighborhood you love.”

Although there are some surprises in Cato’s survey this year, including Vermont as one of the leading states for gun rights, for the most part the investigation seems to back up the idea that America is becoming more divided between the two major parties.

But here’s the good news: More Americans are moving to states to take advantage of economic opportunities and personal liberty. If this trend continues, the blue states will no longer be able to compete.

In the end, if given the choice, people will follow the path to freedom, and Cato’s survey shows that’s exactly what’s happening.

By BRIAN MARK WEBER December 10, 2021 It shouldn’t be a surprise that red states are more free and prosperous than blue states. Our Declaration of Independence says we were all created equal, but Liberty in these United States is not always equal. The Cato Institute has released its latest ranking of U.S. states according…

By BRIAN MARK WEBER December 10, 2021 It shouldn’t be a surprise that red states are more free and prosperous than blue states. Our Declaration of Independence says we were all created equal, but Liberty in these United States is not always equal. The Cato Institute has released its latest ranking of U.S. states according…

Will there be enough snowplow drivers this winter?