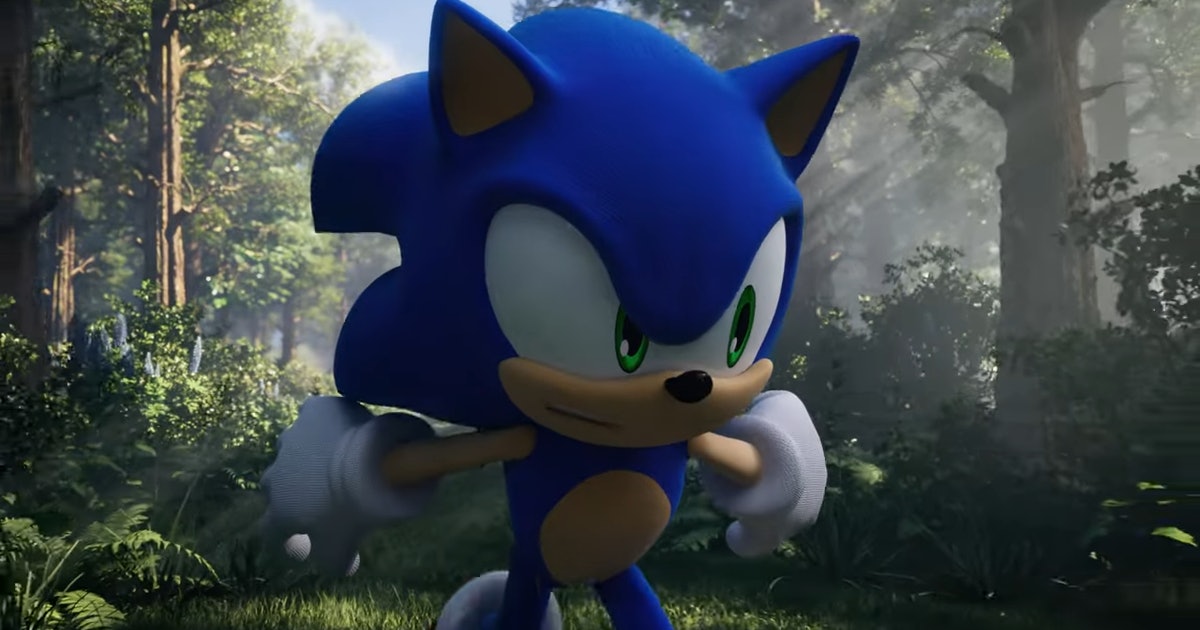 Sonic is coming at you fast. At a recent event called Sonic Central, we learned all about the franchise’s future. The event announced a Sonic Colors remaster, a brand new hip-hop-inspired jewelry line, and a whole new Sonic game that’s officially called Sonic Frontiers.

But what’s the deal with that game? When will it zoom past you? What systems will it land on? Will Crush 40 reunite for yet another opening bop? There are many questions to answer about the first new Sonic game in four years. Here’s everything that we know.

When is the Sonic Frontiers release date?

The Sonic Frontiers announce trailer reveals the game is set to release in holiday 2022. Beyond that window, a release date is not known.

Is there a trailer for Sonic Frontiers?

Yes, there’s a trailer that debuted during the 2021 Game Awards on December 9. Watch the trailer below. The clip shows Sonic running through a Breath of the Wild-inspired open world complete with towers, ravines, and waterfalls. This concept jives with some of the leaks discussed below.

You can also watch the game’s initial teaser below as well.

From the trailer, we can see Sonic or a Sonic-like figure dashing through a forest. As he’s running, Sonic spells out a few markings. First, there’s a loop-de-loop, similar to the classic one that he uses in Green Hill Zone, but it’s inverted.

Sonic’s path gains more clarity as the camera pans out. It spells out some weird symbols. Some have interpreted this as the game title, reading it as “Zap.” But we still have no confirmation on that.

The trailer does confirm that Team Sonic is back at the helm, developing this new game.

Following the teaser, the Sonic the Hedgehog YouTube account commented, “Where have I seen that running before?”

This implies that the section that Sonic is running through is either a reference or a remake of an old area. The closest reference found is from the intro of Sonic Adventure, where a zoomed-in Sonic dashes through a forest.

Alternatively, it could just be a reference to the 30th anniversary trailer from yesterday and we’re all reading too much into a Sonic game.

What are the Sonic Frontiers platforms and consoles?

Sonic Frontiers will be playable on everything you can imagine: PS4, PS5, Xbox One, Xbox Series X, Nintendo Switch, and PC.

What do the Sonic Frontiers leaks reveal?

The first leak is more a rumor with some official backing. Sonic Frontiers is said to be a remake or sequel to the Sonic Adventure games. There were claims in 2015 that Sega was supposed to release a remake of Sonic Adventures 1 and 2 with Sonic Generations style graphics. It was held back due to supposedly being full of bugs and the then-recent failure of Sonic Boom: Rise of Lyric shaking their confidence in the brand.

The Sonic Adventure remake would’ve featured improved graphics and an entirely remixed soundtrack. It’s possible that Sonic Frontiers is another attempt to remaster the Adventure games.

Sonic Frontiers could also be a sequel. In Fall 2020, the Sonic Twitter account posted a photo of Super Sonic from Sonic Adventure, calling the design “perfect.” Mike Pollock, who has portrayed Sonic’s adversary Dr. Robotnik for literal years, replied with the SchoolHouse Rock song, “3 is a magic number.” Many believed this to be a hint towards Sonic Adventure 3.

There’s one more leak that appeared after the initial Sonic Frontiers teaser trailer. A Twitter data-miner named PTKickass was able to use the files in the trailer to discover that the game could be named Sonic Rangers.

This name circulated on leak sites like 4Chan well before this teaser trailer came out.

Allegedly, it’s an open-world game akin to Breath of the Wild, but for Sonic. You complete puzzles, challenges, and defeat enemies to unlock abilities in a skill tree. One ability is called “SpinCycle,” which is the circular ability seen in the teaser.

Your goal is to collect Chaos Emeralds and orbs by defeating enemies. After collecting enough orbs, a portal will open and you’ll enter a cyberspace area. The Cyberspace area is described as reminiscent of levels in Sonic Unleased and Generations

According to a more recent leak, there are Ubisoft-style towers throughout the world, meaning you unlock more areas by beating them. The story will supposedly revolve around a human-ghost girl hybrid. This final leak seems to be the most accurate, but it’s possible that elements of the Sonic Adventure series could find their way into this apparent reimagining of the classic Sonic formula.

Is any of this true? We’ll just have to wait and see when Sonic Frontiers comes out in 2022.

Sonic is coming at you fast. At a recent event called Sonic Central, we learned all about the franchise’s future. The event announced a Sonic Colors remaster, a brand new hip-hop-inspired jewelry line, and a whole new Sonic game that’s officially called Sonic Frontiers. But what’s the deal with that game? When will it zoom…

Sonic is coming at you fast. At a recent event called Sonic Central, we learned all about the franchise’s future. The event announced a Sonic Colors remaster, a brand new hip-hop-inspired jewelry line, and a whole new Sonic game that’s officially called Sonic Frontiers. But what’s the deal with that game? When will it zoom…