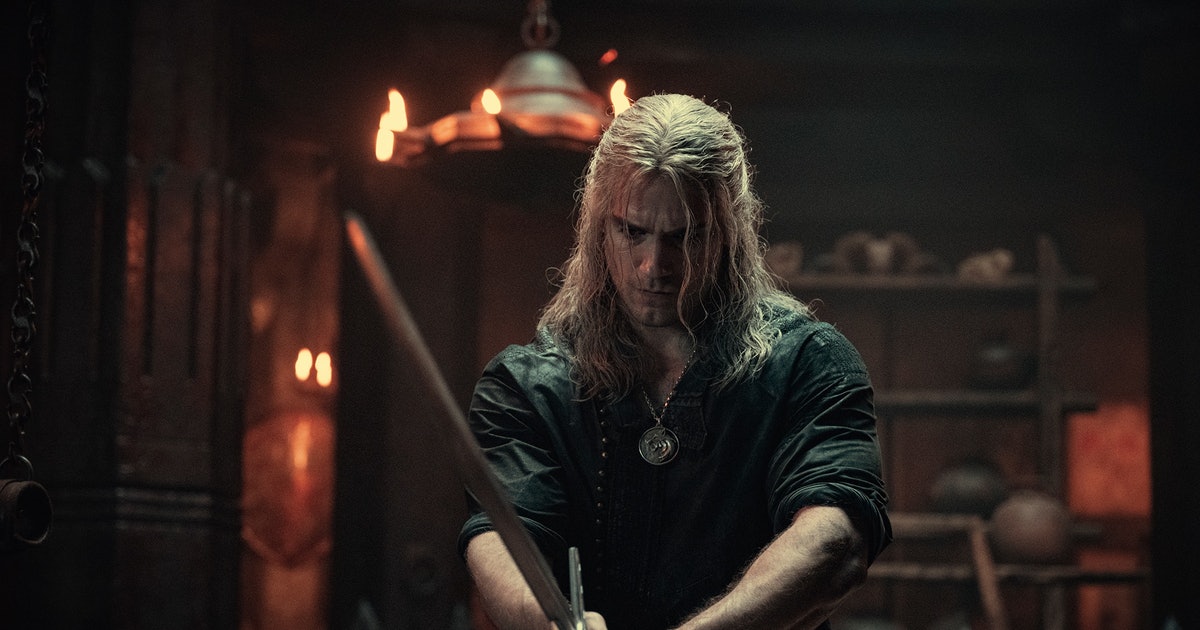 One of the most exhilarating moments from The Witcher Season 1 was discovering that three different timelines were unfolding at once.

The build-up to bringing Geralt (Henry Cavill), Yennefer (Anya Chalotra), and Ciri (Freya Allen) together throughout the first season allowed for a proper weaving of the show’s main thematic element — destiny. While strong in this area, the show’s larger fantasy setting was mostly left untouched, relegating this world’s political issues and impending wars to the margins.

That’s the most significant difference in The Witcher Season 2. The fantasy world (called “The Continent”) expands to include more characters and species, making the larger political issues of the world easier to comprehend. While Nilfgaard and the elves had a presence in Season 1, their increased involvement in Season 2 fleshes out the dynamics not just between the different factions but also between characters we’ve already met and whose relationships we only glimpsed.

However, more doesn’t always mean better. The new season’s thematic throughline isn’t as strong as in Season 1 because of its many moving parts. In this second outing, the show loses direction, the stories aren’t as tight, and the bigger ideas in The Witcher get lost in the shuffle of the expanded cast of characters. If Season 1 was all about finding one’s destiny, then The Witcher Season 2 asks what you do once you’ve taken hold of it. In the six episodes screened for this review, the season still doesn’t have an answer.

Season 2 picks up after the Battle of Sodden. Tissaia (Myanna Buring) searches for Yennefer while Ciri and Geralt head to Kaer Morhen, Geralt’s home. This season partly retains the monster-of-the-week format as we follow Geralt and Ciri on their journey. The first episode, titled “A Grain of Truth,” is an adaptation of a short story of the same name and sets the stage well for building the connection between Geralt and Ciri.

At Kaer Morhen, we meet more witchers, including Vesemir (Kim Bodnia), Geralt’s mentor. For fans of The Witcher books and video games, Vesemir is a familiar figure; the Netflix animated film, The Witcher: Nightmare of the Wolf, features his backstory. The film acts as a bridge between Season 1 and Season 2, covering why there are so few witchers. While Season 1 did a decent job of welcoming new fans into this complex fantasy world, Season 2 introduces a lot of new information that would be hard to follow without watching the film.

Seeing Geralt amongst his brethren does present a softer side to him. But without the foreknowledge of Vesemir’s role (at least as it’s explained in Nightmare of the Wolf), the nuances of Geralt’s relationships with the other witchers are easy to miss. They greet each other like a long-lost family, but it’s almost contradictory to Season 1, which spanned decades and presented Geralt as a lone wolf figure. Season 2 leads us to believe that Geralt actually returns to Kaer Morhen every winter.

Geralt’s slight change in attitude between Season 1 and Season 2 isn’t a deal-breaker since each season’s objectives are clearly different. But because we don’t really get to know the other witchers beyond Vesemir, it’s a frustrating consequence of the risks the show took in the first season by focusing heavily on just three characters. However, the found family aspect is present at Kaer Morhen, especially within Geralt and Ciri’s relationship and how Ciri attempts to find her place in this new life she ran toward last season.

The Witcher Season 2 might just change the fabric of the show.

Ciri’s journey throughout Season 2 is far more fascinating than her cross-continent journey in Season 1. No longer is she merely reacting to events happening around her; here, she’s actively seeking out answers, making decisions about what her life means now, and observing the intricacies of the world around her and how she fits in it. Allen’s portrayal of Ciri in Season 2 perfectly balances the two sides of her — the naive princess of her childhood and the survivor of a world conflict of which she might be the catalyst.

Through Ciri, The Witcher Season 2 might just change the fabric of the show as we know it, going much further in mythology and backstory.

When we meet up with Yennefer, Fringilla (Mimi Ndiweni) has taken her prisoner. This setup in the first episode allows for better insight into the relationship between these two characters. In Season 1, there’s minimal interaction between Yennefer and Fringilla despite them attending Aretuza together. We never learned much about Fringilla, except that she took Yennefer’s place as the mage at Nilfgaard, eventually leading her to turn against the other mages and attacking both Cintra and Sodden.

Thankfully, Season 2 expands Fringilla’s role as the show dives deeper into why she turned away from the mages and where she stands in the hierarchy of Nilfgaard. Since Season 1 is focused more on Geralt, Yennefer, and Ciri, Fringilla occupies the traditional villain role. Not much else is explained on how she became the leader of the attacking armies.

After Sodden, we meet Fringilla as someone who has lost a battle, stripped of her command and power, leaving Ndiweni a lot of room to explore the character’s vulnerabilities and fears. Watching Yennefer and Fringilla navigate their new dynamic is one of the more exciting avenues Season 2 takes, though the show seems eager to move on from them too soon. It abandons the more interesting ideas that appear in the first two episodes in order to get Fringilla back to Nilfgaard’s camp at Cintra, where she disappointingly takes another step back from the story.

The elves also make their way to Cintra in Season 2. The first season touched upon Elven history, but Season 2 brings back Filavandrel (Tom Canton) to expand the elves’ story about regaining their land. In Cintra, the elves team up with Fringilla.

While it’s nice to see these allies come together and provide a better understanding of each of their motivations, it’s still underdeveloped. The inner workings and philosophies of the Elven culture are important to the season and yet are only discussed at a distance. The massive implications of the first pure elf born in ages don’t quite land because the elves have existed in the margins of the story for practically two seasons.

Still, The Witcher’s second outing from creator Lauren Schmidt Hissrich remains a thrilling fantasy adventure. Even with all the new changes and setbacks this season, one thing remains clear – the world is in good hands with Geralt, as long as you have plenty of coins to toss his way.

The Witcher Season 2 arrives on December 17 on Netflix.

One of the most exhilarating moments from The Witcher Season 1 was discovering that three different timelines were unfolding at once. The build-up to bringing Geralt (Henry Cavill), Yennefer (Anya Chalotra), and Ciri (Freya Allen) together throughout the first season allowed for a proper weaving of the show’s main thematic element — destiny. While strong…

One of the most exhilarating moments from The Witcher Season 1 was discovering that three different timelines were unfolding at once. The build-up to bringing Geralt (Henry Cavill), Yennefer (Anya Chalotra), and Ciri (Freya Allen) together throughout the first season allowed for a proper weaving of the show’s main thematic element — destiny. While strong…

20 years ago, Tom Cruise made the most incoherent sci-fi movie of the century