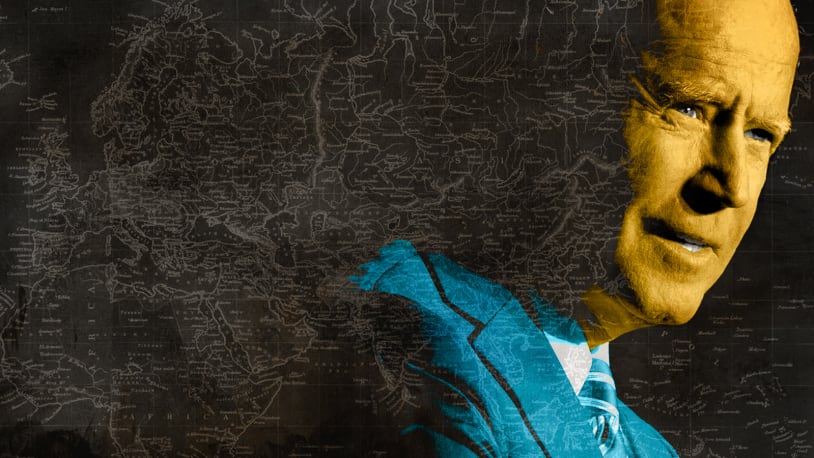 Democracies are obsessed with “democracy.”

That makes some sense. Basing politics on the consent of the governed, limiting government power, respecting the rights of citizens — all of these are important human achievements, ones from which even nominal democracies often fall short and toward which they must continually strive. Indeed, some countries that have long thought of themselves as fully consolidated democracies — including the United States — have begun to undergo a process of backsliding away from democratic norms and expectations.

All of this is important and troubling. Yet the way it gets expressed in terms of our relations with the rest of the world is often misguided.

Take Joe Biden’s ongoing “Summit for Democracy,” which is taking place against a backdrop of rising tension with Russia over Ukraine, and China over Taiwan. The idea behind the summit is clear: Democracy is under threat from authoritarianism around the world. Democratic governments, therefore, need to work together to defend themselves and their common interests against hostile anti-democratic regimes that aspire to remake international order in their own image.

The United States and its allies do face challenges around the world, with China and Russia posing two of the biggest ones. But the primary source of this rising tension isn’t democracy or its lack. The strain has far more to do with power and clashing interests than regime type.

That’s one powerful reason (among others) why it would be a good thing for those formulating American foreign policy to spend less time worrying about whether or not our rivals are democracies.

This hasn’t always been the right way to proceed. At its core, the Cold War was a struggle between hostile comprehensive ideologies, each of which (democratic capitalism and communism) thought of itself and its opponents in something approaching eschatological terms. The world seemed poised to become all one thing or all the other. In that zero-sum competition, it often made sense for geopolitical decision-making to take regime-types into consideration. Democracies were America’s natural allies; communist regimes were our enemies. (Of course, we were sometimes inconsistent on this, forming alliances of convenience with brutal authoritarian governments when doing so made possible what we considered to be more important moves on the geopolitical chessboard.)

But the distinctive character of the great Cold War power struggle was highly unusual in world history. The Roman Republic didn’t determine its relationships with other political communities based on whether or not they were republics too. France in the 18th century and Great Britain in the 19th didn’t view countries that weren’t monarchies as uniquely threatening, and the suggestion that they should would’ve sounded absurd, had anyone proposed it as a principle of international affairs. Monarchies, empires, republics, city-states — all of them had interests that sometimes put them at odds with one another, but they could also avoid conflict by reaching mutually beneficial accommodation. That’s because their interests and points of conflict weren’t caused by their forms of government.

Our situation today is much closer to that reality than it is to the uniquely ideological circumstances of the Cold War. Today, Russia is a stagnant power whose leadership wants to maintain or reassert its historic sphere of influence over, and cultural kinship with, Ukraine — something Russian President Vladimir Putin considers incompatible with Kyiv moving deeper into the orbit of the European Union and especially NATO. To prevent that westward drift, Putin appears willing to risk conflict with the United States and Europe. (He laid out his thinking on this issue in a polemical essay published in July.)

China, by contrast, is a rising power and wants to greatly expand its sphere of influence. That puts it on a collision course with the United States because, since the end of World War II, we have maintained an extensive military presence in the region, with substantial numbers of troops in Japan and South Korea and naval patrols of the South China Sea, which help to uphold a status quo that includes a quasi-independent Taiwan, something China has vehemently opposed for seven decades.

The fact that Russia and China aren’t democracies isn’t entirely irrelevant to our assessment of either of these situations. Neither Putin nor Xi Jinping needs to be responsive to public opinion in the way a democratically elected leader would. And the ruthlessness of each leader’s efforts to engage in acts of domestic oppression can in some cases indicate a potential for bold and risky moves abroad. We need to watch each country closely in attempting to predict their likely future behavior, and observing how they act politically at home is one important element in forming such an assessment.

But that’s very different than what many analysts mean when they say, for example, that we must be willing to threaten war with Russia over Ukraine because Putin is a dictator whose ultimate aim is to spread authoritarianism throughout the world. Such claims usually come paired with strained historical analogies to 1938, when Great Britain foolishly allowed Germany to annex western Czechoslovakia in the hope that doing so would satisfy Adolf Hitler’s territorial ambitions, bringing “peace in our time.”

That act of appeasement was indeed a horrible miscalculation that blew up in the face of the West barely a year later. But those events followed from Hitler’s uniquely expansionist and imperial ambitions — not from the essential character of all non-democratic governments as such. There is little evidence that Putin harbors analogous ambitions today. And even if he did, the modest size of Russia’s economy (roughly 1/12 the size of America’s), not to mention powerful NATO forces arrayed to the west, would prevent him from realizing them.

As for Xi’s behavior today, China wants an expanded sphere of influence commensurate with its growing economic might. It wants access to markets for its products to continue this growth. It doesn’t want to be hemmed in by what the United States calls the “liberal international order,” which looks to China like a high-minded euphemism for American global hegemony. And it doesn’t want to be lectured and morally judged by the U.S.

Those concerns may well lead Beijing to do something reckless in Taiwan. We need to be prepared for that and think through how far we’re willing to go to prevent it or to help Taipei defend itself against an attack or invasion if it happens. But China’s lack of democracy and even the brutality of its treatment of ethnic minorities within its own borders isn’t especially relevant to our calculus of possible moves and counter-moves.

It would be lovely if the whole world embraced democracy, both because governments that recognize and respect the dignity and rights of those who live under their rule are more decent, and because a world of democracies would probably be somewhat more likely to resolve disputes through negotiation than armed conflict. For both of these reasons, it’s worth lamenting when other countries reject or turn away from free and fair democratic rule.

But that doesn’t mean we have either the knowledge or the power necessary to remake other countries and civilizations in our own image. The conviction that we do possess such knowledge and power has been the primary error of American foreign policy since the end of the Cold War. It’s long past time to put away those childish things, forthrightly face up to the limits of liberal internationalism, and begin formulating new, more fruitful ways to engage with a world that includes rising powers with different kinds of regimes.

We may not become close friends or allies with such countries — though it may be possible to reach selective accommodation of one another’s interests and geopolitical ambitions in order to avoid wars that could leave everyone significantly worse off.

But only if we’re willing to accept living in a world where democracy isn’t the only option.

December 10, 2021 December 10, 2021 Democracies are obsessed with “democracy.” That makes some sense. Basing politics on the consent of the governed, limiting government power, respecting the rights of citizens — all of these are important human achievements, ones from which even nominal democracies often fall short and toward which they must continually strive.…

December 10, 2021 December 10, 2021 Democracies are obsessed with “democracy.” That makes some sense. Basing politics on the consent of the governed, limiting government power, respecting the rights of citizens — all of these are important human achievements, ones from which even nominal democracies often fall short and toward which they must continually strive.…

Hacking the Constitution is a dangerous, bipartisan game

Biden Is Losing His Grip