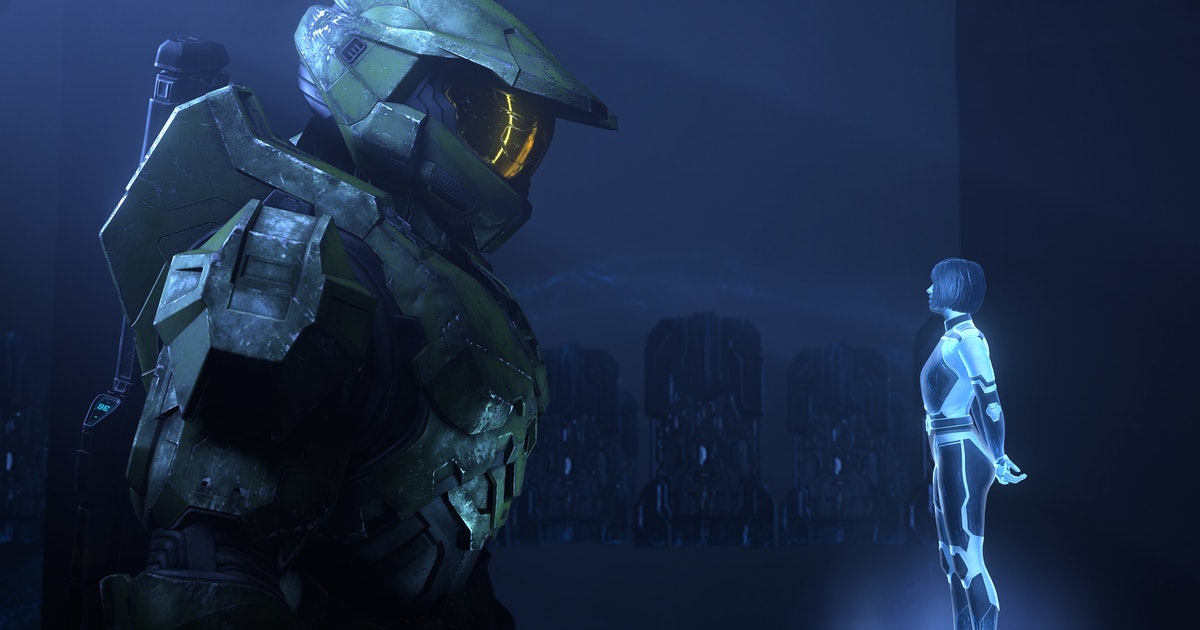 Halo finally gets its TV series adaptation in 2022, airing exclusively on Paramount+. Below, we recap all you need to know about the series including its basic plot details, announced cast members, and a recap of all the latest teasers. Are you ready to finish the fight in a different medium? Here’s what you need to know about Spartan-117’s streaming debut.

When is the Halo TV series release date?

While an exact date for the premiere of the Halo TV series has yet to be announced, a teaser featured during November 2021’s Xbox 20th Anniversary showcase suggests the first episode will air on Paramount+ sometime in 2022. We’ll do our best to update this article with more concrete information as it becomes available.

Is there a Halo TV series trailer?

A full trailer for the first season was revealed during The Game Awards 2021.

You can also watch a short teaser for the series below. In the 30-second clip, fans can see a live-action recreation of Master Chief’s iconic Spartan armor. Reprising her role as Cortana, voice actor Jen Taylor says, “Hello, Master Chief.” There’s not much to go on, but it’s a sure thing we’ll see more expensive footage as the premiere date approaches.

The first teaser for the Halo TV series

What is the Halo TV series story?

In general, it sounds like the first season of the TV series will feature a remixed version of the lore established by the source game series and extended fiction. In a 2018 article from Deadline, it was said the drama would “take place in the universe that first came to be in 2001, dramatizing an epic 26th-century conflict between humanity and an alien threat known as the Covenant. Halo will weave deeply drawn personal stories with action, adventure, and a richly imagined vision of the future.”

Furthermore, speaking at the Showtime panel of the Television Critics Association’s summer press tour in 2018, network president President of Programming Gary Levine said, “It is a new story, but we are being incredibly respectful of the canon and working with the Microsoft/343 people to be sure we don’t violate any of that.”

In addition to telling the narrative of the ongoing conflict, it’s suggested this show will focus a bit more on the drama of the Spartans, who have been bred and altered for a life of combat at an early age. It goes without saying that being raised as a child soldier would impact 117 and his fellow fighters, so it’s possible this show will focus more intensely on that struggle behind the mask. Its co-showrunner, Kyle Killen, is more known for work in dark comedies like The Beaver or Mind Games. The first season is expected to be about 10 episodes long.

Who is in the Halo TV series cast?

Here are the cast members for the series that are known so far.

Based on this announced list of characters it appears the Halo TV series will delve fairly deep into the series’ extended fiction while adding some entirely unique characters and major reps from the source game series. Fans of the games might not all be entrenched in the long-running lore, but it sounds like the show will feature quite a bit of it.

Hasn’t the Halo TV series been in production forever?

Yes! Xbox fans may recall a Halo TV series being mentioned all the way back in 2013 alongside the disastrous Xbox One console reveal. At that time Steven Spielberg was attached to the project as Executive Producer and it was expected to air in 2015.

Obviously, that didn’t happen, and, by 2018, Showtime ordered a run of 10 episodes with Kyle Killen as showrunner. In 2019 the series added Kane as an additional showrunner. In February 2021, the project switched from Showtime to Paramount+, with executives feeling the expansive sci-fi story would be a better fit for a streaming audience. It’s worth noting, of course, that Showtime and Paramount+ are housed under the same parent company, CBS.

And even though the show will finally air its first season in 2022, the troubles for the Halo TV series aren’t yet over. Both Killen and Kane will have left the show after Season 1, meaning new showrunners will need to be found if the series is expected to continue for an additional season.

Halo finally gets its TV series adaptation in 2022, airing exclusively on Paramount+. Below, we recap all you need to know about the series including its basic plot details, announced cast members, and a recap of all the latest teasers. Are you ready to finish the fight in a different medium? Here’s what you need…

Halo finally gets its TV series adaptation in 2022, airing exclusively on Paramount+. Below, we recap all you need to know about the series including its basic plot details, announced cast members, and a recap of all the latest teasers. Are you ready to finish the fight in a different medium? Here’s what you need…