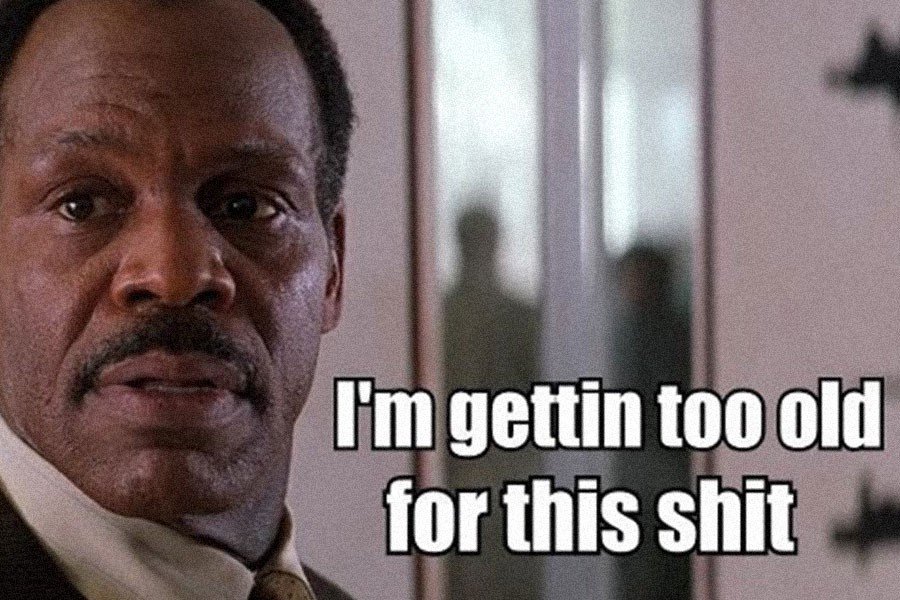 Friday Newsfeed: When the Winding-Down to the End of 2021 Turns into a Death Spiral…

Posted by Maggie on December 10, 2021 in From the editors

Stealthily wrapping our younger (special needs) daughter’s Christmas gifts while she is at her adult workshop academy today.
Still have one more batch of cookies to finish up. The dough is in the fridge waiting for me to roll/cut/bake and ice/decorate.
Confession: The other day, while attempting to cholate-dip the frozen ‘no-bake’ “Cookie Dough” cookies … I said EFF THIS MESS! and threw it all in the trash. Yes, a bit of a waste of money, but Oh! how I felt so liberated! That said, Christmas 2021 has convinced me that going into future holidays I will not bake, but order and pay for cookies.

That said, I’m not the only one who’s “gettin’ too old” for this crap after eleven months of “Brandon”…

OregonMuse @ AoSHQ: The Morning Rant: I HAVE SEEN THE FUTURE AND WE’RE SCREWED

It’s weird that people don’t remember where we were when Donald Trump fostered our fuel independence. https://t.co/ZN1RUAvTci pic.twitter.com/bZn6rBfXR7

New data out from AAA this morning shows gas prices continuing to drop, now below $3.10 in one-third of states.https://t.co/bJgCZaYGp1

now do the price a year ago

CNBC’s Jim Cramer: “Today we have the strongest economy, perhaps, I’ve ever seen.”

This comes less than a week after Biden’s team sent out a memo to the media to hype up the economy pic.twitter.com/mehuFKHl7W

Jim Cramer says this is “the best economy he’s ever seen.” Is he delusional or corrupt?

Twitchy: CNBC’s Jim Cramer appears to have received Biden admin’s request for media to do a better job hyping the economy

Umm, Jimbo, do you not watch or read your own network’s reporting??? …

Jeff Cox: ECONOMY: Inflation surged 6.8% in November, even more than expected, to fastest rate since 1982

“Based on the data, President Biden and the Democratic Congress are set to preside over the strongest two-year performance on growth, jobs, and income in decades.” https://t.co/TAEKAGeQvz

Serious question … Did Joe serve choco-chip ice cream at that White House propaganda meeting with you media worker bees the other day? … No joke, man.

I see the meeting the Biden admin had to whip the media back into line on promoting administration propaganda is taking effect.

*US misery index rises over 20% under Biden. pic.twitter.com/g7IOhq9cGE

How come conservatives were the only ones that knew Jussie Smollett was lying?

Julius Young, Nate Day: Jussie Smollett convicted of staging hate crime, lying to cops: The ‘Empire’ alum, who claimed to be attacked in Chicago in 2019, was found guilty on 5 of 6 charges

NYPost: CNN anchor brands old pal Jussie Smollett a liar, ignores own role in drama: Lemon discussed the “Empire” star’s guilty verdict on his show Thursday night. … Yeah, well, Mr. LeMon has his own sexual assault lawsuit troubles that he has to orchestrate to get out of come trial time.

Twitchy: DAMN, this is 1 PAINFUL trip down memory lane: Here’s a BUNCH of blue-check Lefties making a*ses of themselves DEFENDING #JussieSmollett

Melissa Roberto: Jussie Smollett’s guilty verdicts have killed his career, experts say: ‘Hollywood will never uncancel him’: Smollett was convicted Thursday on five of six charges he staged an anti-gay, racist attack on himself nearly three years ago … Eh, I have my doubts. Hollywood has forgiven worse. I mean, we’re talking about the guy faking crimes done by faked “MAGA” Trump supporters. I think Hollywood is quietly holding him at hero status. After all, it’s “his truth”, doncha know. And the Hollywood left is all-in on that out-of-touch-with-facts-and-reality “___’s truth” bullshit.

A manic obsession with ‘safety’ is ironically very dangerous. 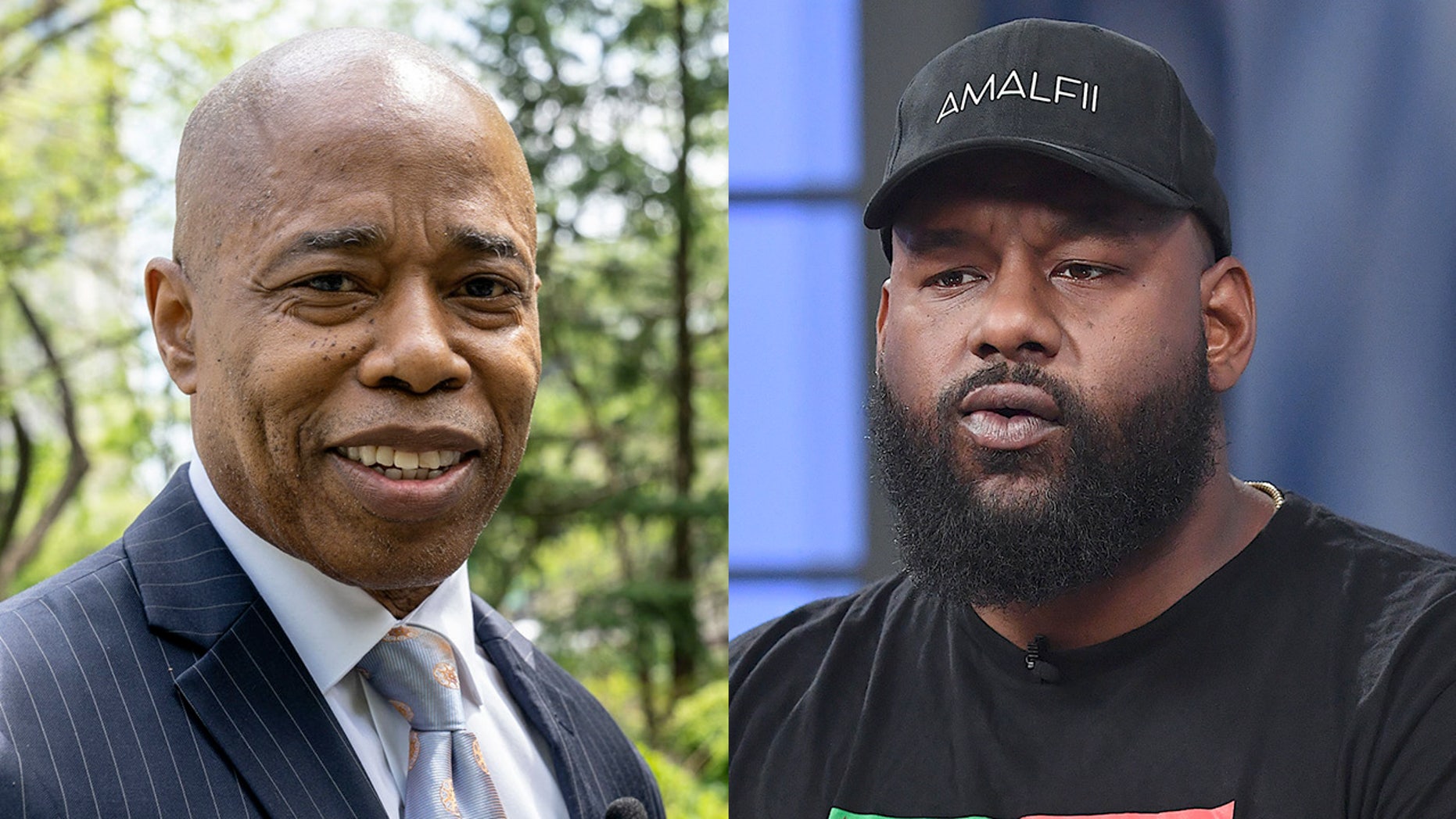 “We’re not going to have a city where anarchists … go into a community such as Queens and destroy the community for their own selfish needs and desires.”

Joseph A. Wulfsohn: FOX News Media’s All-American Christmas Tree rebuilt, relit at NYC headquarters following arson attack: Crowds gathered outside FOX Square for the tree-lighting ceremony … The nutjob that torched the cable news network’s prior Christmas tree, and a day later was set free on the NYC streets on that stupid city’s “no bail” policy, was spotted watching all of this across the street last night. I’ve a feeling that this ain’t over with this idiot.

Posted by Maggie on December 10, 2021 in From the editors Stealthily wrapping our younger (special needs) daughter’s Christmas gifts while she is at her adult workshop academy today.Still have one more batch of cookies to finish up. The dough is in the fridge waiting for me to roll/cut/bake and ice/decorate.Confession: The other day, while attempting to cholate-dip the frozen ‘no-bake’…

Posted by Maggie on December 10, 2021 in From the editors Stealthily wrapping our younger (special needs) daughter’s Christmas gifts while she is at her adult workshop academy today.Still have one more batch of cookies to finish up. The dough is in the fridge waiting for me to roll/cut/bake and ice/decorate.Confession: The other day, while attempting to cholate-dip the frozen ‘no-bake’…