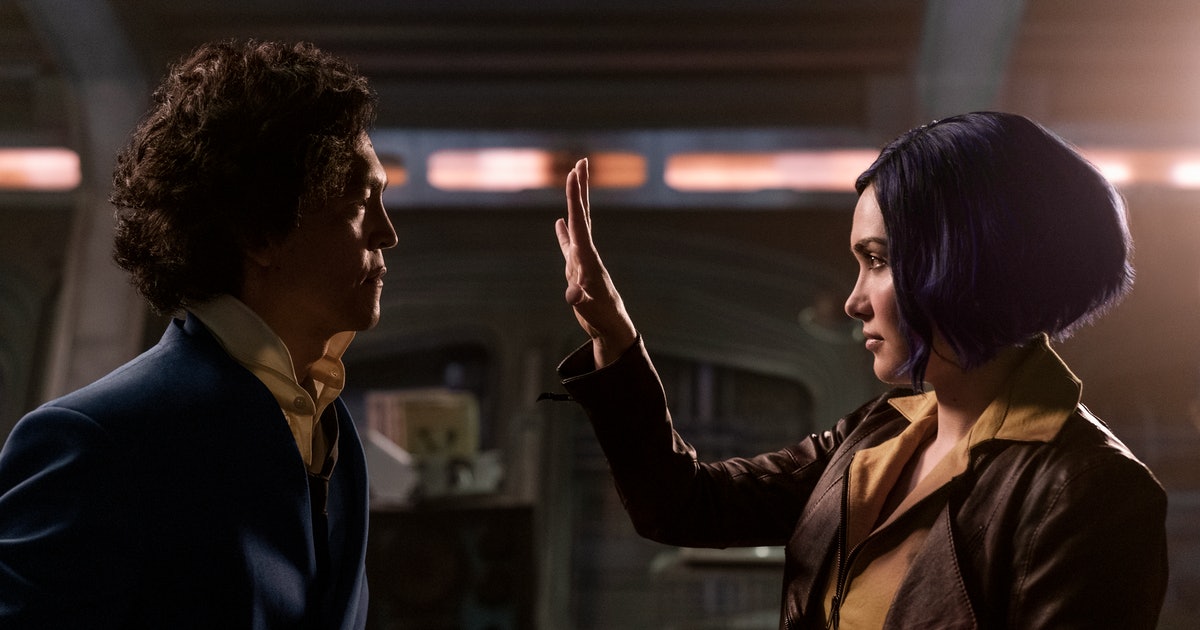 It wasn’t for a lack of trying.

On Thursday, Netflix announced the cancellation of its expensive and ambitious series Cowboy Bebop, a live action adaptation of the influential Japanese anime. As The Hollywood Reporter observed, the ax fell just three weeks after the show premiered.

The relentless promotion by Netflix leading up to its premiere, only for its swift cancellation weeks later, raises an exhausting question: What was all this for?

Netflix is in a perpetual and desperate search for original productions to beef up its content catalogue. Unlike streamers that rely on an existing library, like Paramount+ or WarnerMedia, Netflix is limber enough to license, adapt, and acquire. And because it’s more financially sound to adapt IP with an existing audience than try something new (at least if you ignore successful gambles like Stranger Things and Squid Game), Netflix found its way to Cowboy Bebop, an anime beloved in part because of how contained it was as a 26-episode serial rather than an absurd 900 chapter saga.

But Netflix opened a lot of wounds in pop culture fandom. Anime fans are fatigued at limp adaptations of Japanese anime by Hollywood producers, because for decades American creatives have demonstrated a woeful misunderstanding of the cultural themes that make these stories special. Ungainly attempts at an American remake of the 1988 sci-fi classic Akira have tried to set the story in New York City, despite Akira fundamentally being about Japan’s 20th century existential crisis, as evidenced by its depictions of civil unrest, rampant bōsōzoku gangs, and predominant nuclear imagery.

Although most Hollywood adaptations of anime often exhibit laborious visual devotion to these stories — as in the Scarlett Johansson-led Ghost in the Shell from 2017, which contained several shot-for-shot mimicries of the 1995 anime film — these still fail to adapt to a new medium. Cowboy Bebop is both the best and most recent example. In spite of the show’s obvious efforts to be the anime, the actual filmmaking failed to be as lively, energetic, and rhythmic as it is in animation. It was like watching a faded photocopy.

Casting further divided fandom. In the lead role of bounty hunter Spike Spiegel was John Cho, the Korean-American actor whose success in Hollywood has come to represent something bigger than himself. There was also Mustafa Shakir, whose Bushmaster in Luke Cage was a revelation, as pilot Jet Black, and Daniella Pineda, an exciting new talent whose Faye Valentine called for spunk and sultriness.

Though recognized by the mainstream for his work in the raunchy Harold & Kumar films and the reboot Star Trek trilogy, Cho has been unable to crack Hollywood’s bamboo ceiling. He hasn’t become a proper Hollywood star, despite all his qualifications as a leading male actor. But Cho’s involvement in the Netflix series felt subversive. Because most anime adaptations cast white actors as its leads, Cho’s role as Spike — whose race is unspecified in the anime — felt declarative of something resembling a point. And for Cho, the series was shaping up to be the vehicle to finally take Cho to the stars.

But could it actually? There’s a semi-recent phenomenon in cultural commentary known as “representation sweats.” Now that acknowledging identity has become part of still systemically-white movies and TV shows, audiences of color “sweat” over projects featuring ethnic minorities, especially whether these projects are actually worth attention. Because of the supply-and-demand machinations that run Hollywood, there’s always a fear that projects like Cowboy Bebop will “fail” and end the potential of other diverse casts. If it looks like there’s no demand, Hollywood will scuttle the supply.

With its diverse ensemble led by the appealing John Cho, Bebop epitomized representation sweats. Because of its high profile as an adaptation of a classic on a major streamer, its performance on Netflix’s platform can and will determine if more projects like it are made. It’s all the more maddening that Netflix refuses to disclose anything about its viewing numbers, so decisions to renew or cancel shows is purely open to speculation.

As of now, Cowboy Bebop’s worth to Netflix is clear. Netflix is still interested in anime (it’s got a live adaptation of One Piece in development), and it doesn’t seem like anyone’s career has ended overnight. Certainly not John Cho’s, as he has more work in varying stages of production. Folks can sweat a little less about that. But for all this tireless discourse, from the futility of American anime adaptations to the “rep sweats” its cast presented, what was the point of all this if Netflix wasn’t committed to it?

In my review, I wrote that Cowboy Bebop was a dud that didn’t capture the same spirit as its more compelling source material. But I still rooted for it. I want the people behind it to have the space and resources to try again. Cowboy Bebop had an enviably charismatic ensemble who only needed better material to work with. That the second season promised to venture into new territory the anime didn’t seemed promising. The show could stand on its own rather than dwell in the shadows of something better.

If there’s one drawback to the streaming age, it’s impatience. Streamers want new shows to come out with late-era Game of Thrones buzz, which fails to recognize that it took years for Game of Thrones to achieve a high profile. This isn’t to say Cowboy Bebop deserved eight seasons, but it’s not unheard of for television shows to reiterate and retool over time. Netflix didn’t get Cowboy Bebop right on their first take, but imagine if they had the time, space, and money to try for a second. But with the baggage of anime adaptations and the costly risk to diverse representation in the marketplace, is it even worth continuing to try in the first place?

It wasn’t for a lack of trying. On Thursday, Netflix announced the cancellation of its expensive and ambitious series Cowboy Bebop, a live action adaptation of the influential Japanese anime. As The Hollywood Reporter observed, the ax fell just three weeks after the show premiered. The relentless promotion by Netflix leading up to its premiere,…

It wasn’t for a lack of trying. On Thursday, Netflix announced the cancellation of its expensive and ambitious series Cowboy Bebop, a live action adaptation of the influential Japanese anime. As The Hollywood Reporter observed, the ax fell just three weeks after the show premiered. The relentless promotion by Netflix leading up to its premiere,…

‘Hawkeye’ Rolex theory reveals why that mysterious watch is so important