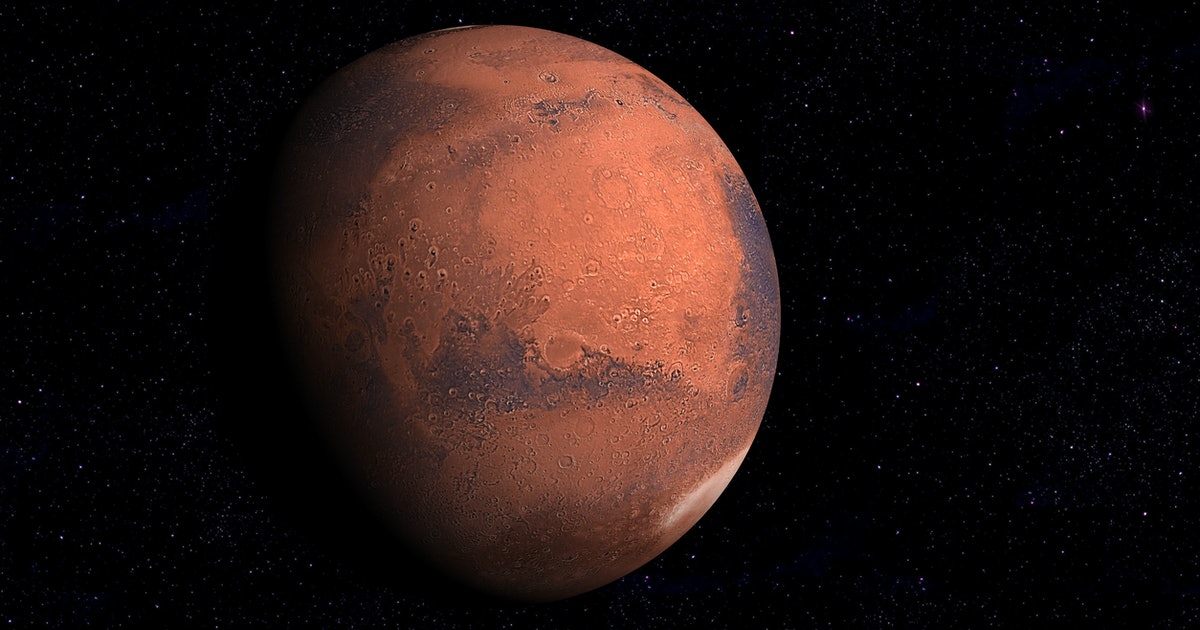 3 overlooked factors may be why Mars lost its water

Though today it is cold and dry, Mars once flowed with liquid water. That much we know. We also know, roughly, how it came to lose that water: Sometime roughly 3.9 billion years ago, the internal dynamo deep inside Mars called it quits, dropping the planet’s magnetic shield and allowing the charged particles of the solar wind to begin stripping away its atmosphere.

“For water to be in liquid form, you need to have enough atmospheric pressure,” University of California, Berkeley planetary scientist Shannon Curry tells Inverse. As the Martian atmosphere burned off, the atmospheric pressure lessened, and liquid water on the surface “will start to evaporate up — it can’t stay in unstable liquid form.”

The surface began drying up, though much water remained sheltered as subsurface ice.

In a new perspective article published Thursday in the journal Science, George Mason University planetary scientist Erdal Yiğit argues that upper atmosphere interactions with the solar wind can only partially explain how Mars lost its surface water. That understanding of how atmospheric waves, dust storms, and convection currents will be key to telling the story of Martian dehydration.

And that’s a story that’s relevant to us Earthlings, given that Mars may represent a path not taken. “Earth and Mars and Venus formed at a similar time, but they evolved so differently,” Curry says. “I think Mars is the planet that has the most lure of potentially having had habitable conditions at one point.”

Together, these missions found that Mars still loses water to space, primarily during the planet’s summer dust storm season, which occurs when Mars is closest to the Sun. “Lower atmospheric dust storms are a key component of the Martian weather, with wide-reaching implications for the Martian whole-atmosphere system,” Yiğit writes. The storms can circulate hydrogen, split from oxygen by solar radiation — solar flares, UV radiation, and coronal mass ejections — into the upper atmosphere where it escapes irretrievably to space.

But Yiğit argues in the paper that there’s a missing step in this process, which is how the lower and upper Martian atmosphere is coupled, allowing for water to reach altitudes where it can escape. He suggests future three-dimensional climate models should take into account gravity waves in the atmosphere and tidal effects, in addition to data still being collected by MAVEN and other missions.

Why does it matter?— Understanding how Mars lost its surface water — and is still losing its small amounts of water — ties directly into the biggest questions in planetary science. The question of habitability, of the origins and unique qualities of life on Earth.

“I think this is almost a metaphysical question. It’s fundamental to who we are: Why did life form on Earth and not, to our knowledge, anywhere else? At least in the Solar System?” Currey says. “I think Mars is the absolute first place to start answering that question.”

What’s next?— While scientists pursue climate models of the Martian atmosphere, MAVEN and other missions will continue collecting data to plug into those models, with some exciting opportunities for new observations just over the horizon.

The Sun goes through an 11- and 22-year activity cycle, Curry notes. “Six months ago, we were at the bottom of the cycle, and that means the sun is really quiet,” she says. But around 2024 and 2025, solar activity will peak, meaning more solar storms, solar flares, and coronal mass ejections — all during the middle of the global dust storm season on Mars.

“We’re going to be seeing really extreme conditions in the next couple of years,” Curry says.

At the same time, she’s skeptical that MAVEN, other existing orbital missions, and climate models can fill in the gaps in the ongoing water loss on Mars that Yiğit wants to explain. Scientists may need new instruments, ground-based instruments that can study the lower atmosphere, Curry says, and that’s something NASA is considering ahead of sending humans to Mars anyway.

“When we get boots on the ground, we’re gonna want to have landed assets, not just a couple of sort of probes sticking off the hab, or whatever,” she says. “If you live near the equator on Earth, you want to know when hurricanes are coming. It is no different on Mars, right?”

Abstract: Evidence has accumulated in recent years that suggests that Mars used to have more habitable conditions. Determining the processes that led to its current cold and dry state are important for understanding habitability more generally. Observations and modeling efforts show that atmospheric escape has adversely affected Mars’ habitability primarily by irreversibly diminishing the atmospheric water reservoir through loss of atomic oxygen and hydrogen into space. Understanding this requires connecting dust storms, atmospheric waves, and atmospheric water.

Though today it is cold and dry, Mars once flowed with liquid water. That much we know. We also know, roughly, how it came to lose that water: Sometime roughly 3.9 billion years ago, the internal dynamo deep inside Mars called it quits, dropping the planet’s magnetic shield and allowing the charged particles of the…

Though today it is cold and dry, Mars once flowed with liquid water. That much we know. We also know, roughly, how it came to lose that water: Sometime roughly 3.9 billion years ago, the internal dynamo deep inside Mars called it quits, dropping the planet’s magnetic shield and allowing the charged particles of the…