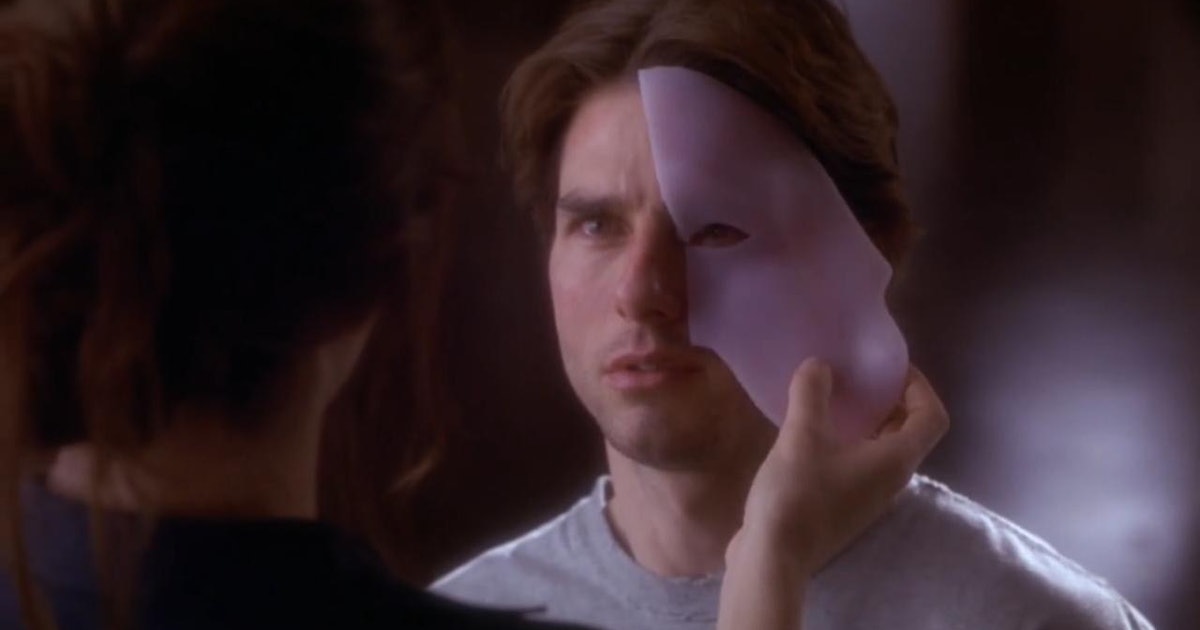 20 years ago, Tom Cruise made the most incoherent sci-fi movie of the century

Penélope Cruz tells a wealthy ne’er-do-well played by Tom Cruise that “every passing minute is a chance to turn it all around.” At this moment, Cruise (David Aames) feels he’s reached that critical point where he can make a meaningful change in his otherwise shallow life — notably, by opening himself up to real love with Cruz (Sofia Serrano).

David is feeling positive about turning his life around. What he doesn’t know is that he’ll soon make another choice that will come with dire consequences. It’s one of the more positive moments in Vanilla Sky, which premiered 20 years ago on December 10, 2011, that drives home a simple message at the heart of this absurdly complex sci-fi movie:

It’s the little things we do that can have the most impact on our lives.

Vanilla Sky is a bizarre cinematic hybrid; equal parts science fiction, psychological thriller, and romance. The early 2000s were a popular time for the psychological thriller, a genre Christopher Nolan had mastered a year earlier with 2000’s Memento. Nolan’s mind-bending movie was a huge critical success, so naturally, everyone in Hollywood wanted to copy him.

In that context, Cameron Crowe’s Vanilla Sky makes a lot of sense. Unfortunately, it didn’t make sense to critics and moviegoers. The star-studded movie (Cameron Diaz, Kurt Russell, Tilda Swinton, and Jason Lee are also in the cast) went on to attain cult classic status as one of the most underrated sci-fi thrillers of the century (so far). But 20 years later, does Vanilla Sky actually hold up?

Vanilla Sky stars Tom Cruise as David Aames, a publishing mogul at the age of 33 (due to a substantial inheritance) who lives the filthy rich Manhattanite playboy lifestyle. David goes to work when he feels like it. He plays daily racquetball with his novelist buddy, Brian, and spends his nights sleeping with his friend-with-benefits, singer/model Julie Gianni (Cameron Diaz) with no intention of commitment.

Yes, David lives a charmed life. He only has two worries:

I’m not the biggest Tom Cruise fan, but he plays the part of David perfectly. Cruise excels in roles where he’s supposed to be a jerk. Whenever he plays a good guy hero, it just feels unnatural. Thankfully, David is the former.

While David is seemingly the man who has everything, once he encounters Sofia Serrano (Penélope Cruz) at his birthday party, he feels he’s met the love of his life.

Cruz is very charming as Sofia, but we barely get to know her. David falls madly in love after only a few hours simply because she’s “guileless” and “ an artist.” While we are seeing her from David’s perspective, she seems to embody the traits of just another manic pixie dream girl.

Regardless, David is smitten. But unfortunately, he makes the fateful decision to get in a car with the unstable Julie, who’s decided that she’s sick of being a side-piece and wants a real relationship.

To drive her point home, Julie drives off a bridge.

For the rest of the film, David is desperate to get his life back to the way it was before the accident — his face, his company, and his budding relationship with Sofia that had been cut so short.

After the accident, the rest of the movie is one mind trip after another. You don’t know what’s supposed to be reality and what’s a dream. Is David actually going crazy or is someone screwing with his head?

A trippy story can keep an audience’s attention (e.g. Memento), but the twists and turns here are so relentless that watching it can feel like drowning. There’s nothing concrete for the audience to grasp.

It feels like Cameron Crowe was trying to recapture Memento’s success with Vanilla Sky by having one long puzzle that keeps the audience guessing. Where Nolan succeeds and Crowe fails is in the ultimate execution of the puzzle and the piecing together of the mystery.

With Memento, once the mystery is revealed, it might be a surprise twist, but it’s easier for the audience to look back to the earlier parts of the movie, and think, Oh, that makes sense, now. But in Vanilla Sky, there are so many convoluted plot points and such a minimal payoff (spoilers: David has been having a lucid dream in cryogenic suspension for 150 years and his subconscious just glitched) that trying to make sense of earlier twists is practically futile.

The underlying message of Vanilla Sky — that the small moments in life that can have the greatest consequences — still works. But it’s so buried in unnecessary complexity that you might not even see it. Then again, at least you’ll still be watching a visually stunning movie full of beautiful people and a fun soundtrack.

Penélope Cruz tells a wealthy ne’er-do-well played by Tom Cruise that “every passing minute is a chance to turn it all around.” At this moment, Cruise (David Aames) feels he’s reached that critical point where he can make a meaningful change in his otherwise shallow life — notably, by opening himself up to real love…

Penélope Cruz tells a wealthy ne’er-do-well played by Tom Cruise that “every passing minute is a chance to turn it all around.” At this moment, Cruise (David Aames) feels he’s reached that critical point where he can make a meaningful change in his otherwise shallow life — notably, by opening himself up to real love…