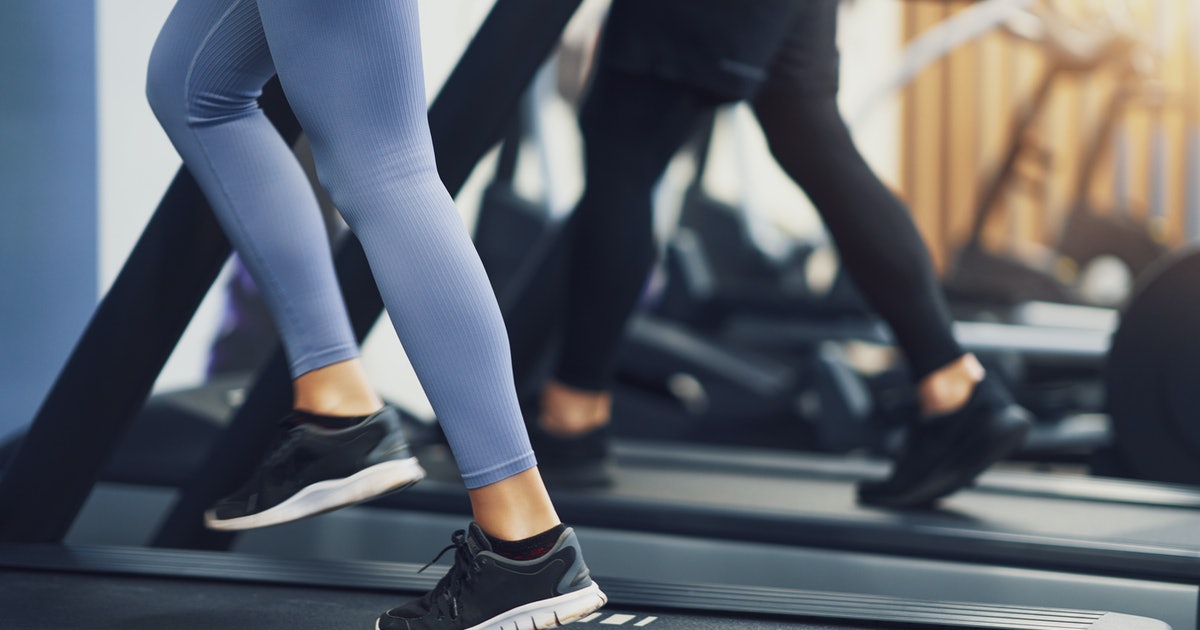 In the future, we may be able to extract plasma from the runners and gym-goers of the world and inject it into others as a means to pass on the brain benefits of exercise. A new study of mice indicates that such plasma transfers from the young and buff could help people with dementia.

What’s new — In the study published Wednesday in Nature, scientists injected plasma harvested from rodents that exercised into mice which were idle. The active mice passed on many of the cognitive and cellular benefits of physical activity.

The effect could be replicated in humans. Scientists in Norway are already planning a pilot study in which elders with early signs of Alzheimer’s will get weekly injections of plasma from healthy young people who exercise.

“The population with cognitive impairment grows every year” study co-author Zurine de Miguel tells Inverse. “It is hard to find treatment or drugs that affect the brain. If we can understand how plasma affects the brain, we can use the natural path.”

This research follows mounting evidence that regular exercise reduces brain inflammation, decreases stress hormones, and is correlated to better memory and cognitive ability. Exercise routines might even slow mild cognitive decline in old people. Some of this benefit comes from the effect of exercise on plasma, which regulates body water and red blood cell mass to reduce inflammation.

How They Did It — De Miguel and her team at Stanford University first separated mice of the same litter into two groups, one that ran on a hamster wheel and another with no “wheel access.” They then took “runner plasma” from the exercising mice and injected it intravenously into some of the sedentary mice.

“These results are very similar to the direct effects of running.”

The runner plasma instigated a series of healthy cell reactions in the brains of non-exercising recipient mice, may of them was associated with reduced inflammation.

The researchers found that clusterin, a protein involved in taking out cellular trash and cell replacement, was transferred from mouse to mouse via the plasma shot. Once in the idle mouse, the newly acquired clusterin bound to specific cells in the brain and reduced the expression of genes tied to inflammation. The transfer also diminished gene expression associated with a mouse equivalent of Alzheimer’s disease.

The injected mice also performed better in tests of their cognitive ability as compared to non-injected, couch potato mice.

“Notably, these results are very similar to the direct effects of running,” the study states.

The researchers also induced an inflammation response in the brains of some of the lazy mice to see if this could dampen the effects of the plasma shot — but the runner plasma still reversed the expression of genes that lead to inflammation in these mice.

“We show that changes in plasma as a result of physical aerobic exercise are sufficient to recapitulate the beneficial effects of exercise on neurogenesis and memory, and to reduce hippocampal inflammation in non-exercised mice and mice with experimentally induced neuroinflammation.”

Why It Matters — It is easy to picture a Black Mirror scenario where an underclass spends every day chained to smart bikes so that they can be a source of valuable, brain-boosting plasma that’s available at a juice counter near you. Alternatively, athletes may be tempted to sell their plasma to the highest bidder.

These scenarios are fanciful. Scientists are most interested in developing new treatments for an aging population and a growing number of people with age-related cognitive impairment.

More than 55 million people worldwide have some form of dementia, with nearly 10 million new cases every year. The disease is devastating to the people who have it, their family, and their friends. The person affected can lose their identity, memories, and motor skills. Often they require expensive care to sustain a low quality of life. The financial, emotional, and labor burden of dementia is predicted to increase significantly with the continued aging of the sizable Baby Boomer generation, who number at about 70 million in the U.S. alone.

What’s Next — Right now, researchers at the Norwegian University of Science and Technology are recruiting people aged 50 to 75 years with diagnoses of mild cognitive impairment or early Alzheimer’s disease to get monthly injections of “exercised plasma” — ExPlas, as the Norwegian researchers are calling it — from fit adults, aged 18 to 40.

This does not mean there will be bottles of your aerobics instructor’s plasma for sale at Whole Foods soon. It is a pilot study — a small-scale preliminary study done to show the risk, feasibility, and costs for a larger study that would more conclusively investigate the hypothesis. The pilot study is due to run until 2025.

But given the newness of the research and the root-level mechanisms of the plasma transfer, it is possible that this protocol could be used to treat other kinds of cognitive impairments beyond aging in the brain, says de Miguel. One potential use, she says, would be to use plasma to repair cognitive issues stemming from a traumatic brain injury, for example.

The limits of the theoretical therapy are still a mystery, she adds.

“We used to think the brain was isolated from the body, but we are discovering it is more connected than ever before [thought],” she says.

Abstract: Physical exercise is generally beneficial to all aspects of human and animal health, slowing cognitive ageing and neurodegeneration1. The cognitive benefits of physical exercise are tied to an increased plasticity and reduced inflammation within the hippocampus, yet little is known about the factors and mechanisms that mediate these effects. Here we show that ‘runner plasma’, collected from voluntarily running mice and infused into sedentary mice, reduces baseline neuroinflammatory gene expression and experimentally induced brain inflammation. Plasma proteomic analysis revealed a concerted increase in complement cascade inhibitors including clusterin (CLU). Intravenously injected CLU binds to brain endothelial cells and reduces neuroinflammatory gene expression in a mouse model of acute brain inflammation and a mouse model of Alzheimer’s disease. Patients with cognitive impairment who participated in structured exercise for 6 months had higher plasma levels of CLU. These findings demonstrate the existence of anti-inflammatory exercise factors that are transferrable, target the cerebrovasculature and benefit the brain, and are present in humans who engage in exercise.

In the future, we may be able to extract plasma from the runners and gym-goers of the world and inject it into others as a means to pass on the brain benefits of exercise. A new study of mice indicates that such plasma transfers from the young and buff could help people with dementia. What’s…

In the future, we may be able to extract plasma from the runners and gym-goers of the world and inject it into others as a means to pass on the brain benefits of exercise. A new study of mice indicates that such plasma transfers from the young and buff could help people with dementia. What’s…