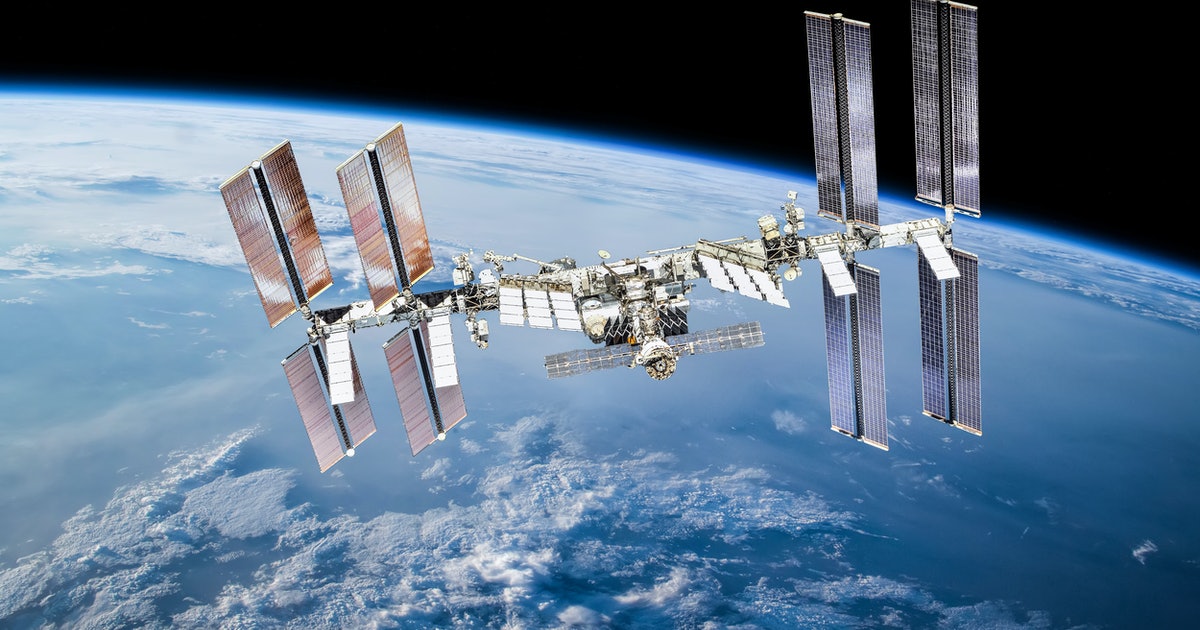 It’s official: the future of low Earth orbit is commercial, at least as far as NASA is concerned.

On December 2, the space agency announced three contracts with private companies worth $415.6 million to develop privately built and operated space stations. One contract to Jeff Bezos’s Blue Origin for its Orbital Reef “mixed-use space business park” concept, one contract to Nanoracks’s four-astronaut capacity proposal, and one contract to Northrop Grumman’s idea for a “modular destination” in low Earth orbit (LEO).

NASA designed the contracts for initial development, and it’s yet not clear if all three concepts will successfully fly, but it’s clear something will: As NASA keeps one nervous eye on an aging International Space Station and the other on the Moon and Mars, getting out of the space station business.

“NASA’s looking to be an anchor tenant, rather than NASA owning the hardware and operating it,” Laura Forczyk, founder of space consulting firm Astralytical, tells Inverse.

However, just how and when NASA and its commercial partners accomplish that goal could dictate the future of space operations for a long time to come.

“For so long, this has been the realm of science fiction, private companies operating space stations,” Forczyk says. “Now it’s becoming reality, and we want to understand what that reality looks like, and what is for real and what isn’t.”

“So are we going to have hotels in space? We don’t know, but I’m excited to find out.”

Why is NASA replacing the ISS?

As recent air leaks and congressional funding debates have made clear, the ISS won’t live forever. While NASA has officially secured funding for the ISS through 2028, the space station — which has been continuously inhabited for more than 20 years — is not expected to live beyond the current decade.

“Around 2030, approximately, is when NASA has decided it needs to transfer away from the International Space Station and start to think about deorbiting plans and end-of-life,” Froczyk says.

At the same time, NASA will still need an outpost or outposts in LEO well into the 2030s, she says. Such facilities will be vital in preparing the astronauts, technologies, and procedures necessary to send astronauts to Mars. NASA estimates it needs to conduct around 200 investigations in LEO annually — but NASA cannot afford to build and operate another ISS, return to the Moon, and head into deep space at the same time.

“What we’re seeing is NASA saying we need to free up funds to pursue the Artemis program because they’ve been given only so much money to do a whole lot,” Forczyk says. “ISS has been wonderfully successful, but also extraordinarily expensive, expensive to build and expensive to operate. It was never meant to be cost-efficient.”

Just as NASA ended the expensive and troubled Space Shuttle program and now contracts with SpaceX to ferry crew and cargo to and from the ISS through the Commercial Crew program, the LEO Destinations program will replace the ISS and allow NASA to purchase space station services it needs a la carte.

“If there are multiple space stations in low Earth orbit, they might serve different purposes at different times,” Forczyk says. “It might be that one is oriented for human habitation, maybe one is more oriented for your fabrication, and maybe one more for life sciences.”

Swapping partners— Russian and its Russia and its space agency, Roscosmos, have been critical partners in the ISS since President Bill Clinton invited them to join the program in 1993. But recently, there have been signs the partnership is in trouble.

In April, Russian President Vladimir Putin hinted that Russia might pull out of the ISS by 2025. Then in June, Roscosmos director general Dmitry Rogozin said his agency would pull out of the ISS over political sanctions levied against Russia, though he later backtracked, telling CNN that in the case of the ISS, “Divorce is not possible.”

Still, Forczyk says, when you throw in increasing tensions between Russia and the rest of the world over Russian aggression toward Ukraine and a recent anti-satellite missile test that created debris endangering astronauts of many nations about the ISS and Chinese space station, “It’s not likely that we’re going to see a continuation of the strong partnership that NASA has experienced with Russia in the past decade or two.”

Roscosmos, meanwhile, has been plagued with corruption scandals on the ground and technical problems in the sky — over the summer, a thruster on the latest Russian module attached to the ISS misfired, shaking the entire station. NASA may be more than ready to stop running a space station as a form of expensive diplomacy with an increasingly hostile nation and turn to private industry to provide needed services without the drama.

What are the three new space station designs?

While technical details of the space station designs are still relatively sparse, we have some idea of what each company proposed to NASA.

Blue Origin — Blue Origin has proposed a concept it calls Orbital Reef, which NASA has awarded the company $130 million to develop further. Composed of multiple modules, Blue Origin claims the baseline configuration will support 10 people in more than 2,700 cubic feet of space, which can be leased for everything from plant biology experiments to space tourism ventures. The company hopes to launch by the latter part of the 2020s.

Nanoracks — Dubbed Starlab, the $160 million proposal from Nanoracks will focus on scientific research, hosting the George Washington Carver Science Park and feature biology, plant habitation, materials science, and physical science labs. Designed for continuous occupation by up to four astronauts, Starlab will boast just more than 1,100 cubic feet of internal capacity in its inflatable habitat. Nanoracks claims the space station will launch on a single flight in 2027.

Northrop Grumman — The venerable defense contractor’s $125.6 million space station proposal will pair with Northrup Grumman’s existing Cygnus spacecraft, which currently ferries cargo to the ISS. Lacking a snazzy name, this “commercial, free-flying” space station will initially take a crew of four, later expandable to eight, and will operate for around 15 years.

The first phase of the LEO Destinations program and the initial contracts just awarded will run through 2025.

In the second phase, NASA will certify the competition designs for human habitation and, if all goes well, begin to purchase services from newly launched, certified, and operating commercial space stations.

And there is a bit of urgency since building safe, effective space stations will take some time, and the ISS doesn’t have much of it left. If 2030 comes and goes without an ISS alternative, NASA could find itself in a tough spot — trying to span a gap between a retired asset and the beginning of commercial services.

“We had that gap when we relied on the Russians between when the space shuttle ended and when SpaceX Crew Dragon began,” Forczyk says. “There was a several-year gap where we had to rely on the Russians to transport Americans to the space station, and that was embarrassing.”

Running out the clock on the ISS could be more than just embarrassing. With a space relationship with Russia at the very least strained, and China operating its own space station — partly because the US Congress, in 2011, barred them from the ISS — NASA has nowhere to turn if the space companies fail to deliver.

“We literally have no other options other than to invest in the future with commercial space stations to make sure that we don’t have a gap in capability,” Forczyk says.

How are the commercial space stations connected to Lunar Gateway?

Lunar Gateway, a small space station intended to orbit the Moon and serve as a way station for NASA’s Artemis missions to the lunar surface, is a space station, yes. But the similarities with the three new commercial space station proposals mostly end there.

“I don’t see that being equivalent to what’s going on right now with low Earth orbit,” Forczyk says. “That’s not to say that there can’t be commercial lunar base stations in the future. But for right now, Lunar Gateway is envisioned to be a much more traditional government asset, with government contractors building it.”

It’s official: the future of low Earth orbit is commercial, at least as far as NASA is concerned. On December 2, the space agency announced three contracts with private companies worth $415.6 million to develop privately built and operated space stations. One contract to Jeff Bezos’s Blue Origin for its Orbital Reef “mixed-use space business…

It’s official: the future of low Earth orbit is commercial, at least as far as NASA is concerned. On December 2, the space agency announced three contracts with private companies worth $415.6 million to develop privately built and operated space stations. One contract to Jeff Bezos’s Blue Origin for its Orbital Reef “mixed-use space business…

A strange galaxy has no dark matter, and astronomers aren’t sure why