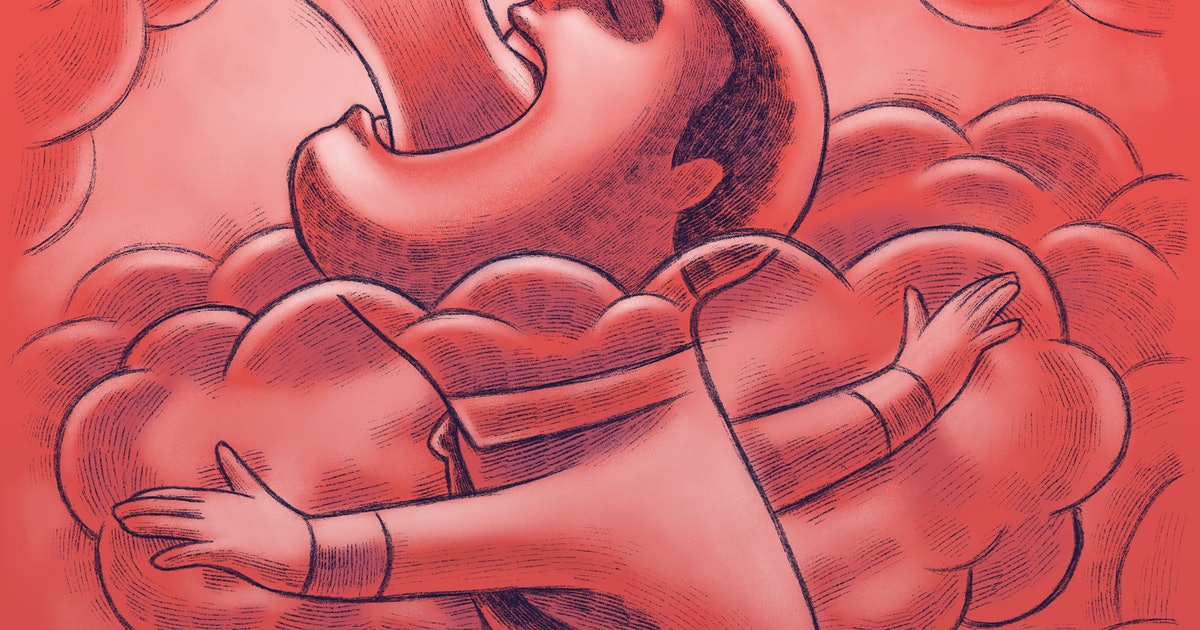 When I joined Inverse, early in its life as a new type of media startup, we were all crammed into this apartment in Williamsburg, Brooklyn, sitting with laptops at tables. Quarters were tight: Leadership meetings were held in a lofted area and editors sat in another bedroom. Writers were in what amounted to a living room. The main bathroom was right there for all to see. And when lunchtime came, there were smells, there were crumbs, and there was chewing. So much chewing. I wouldn’t trade those memories for anything though. Even the chewing sounds.

Today’s lead story is all about chewing. I’m Nick Lucchesi, editor-in-chief for Inverse, and this is Inverse Daily. Keep your mouth closed and let’s dig in.

This is an adapted version of the Inverse Daily newsletter for Wednesday, December 8, 2021. Subscribe for free and earn rewards for reading every day in your inbox. ✉️

Betty Henderson once ended a relationship because of her boyfriend’s chewing noises.

“If I’m going into the office or working from a public place, I would always take my noise-canceling headphones to deal with people snacking,” Henderson tells Inverse. “I would only ask people to stop if I’m very close to them. It’s caused regular arguments with my family my whole life and was a huge point of tension in my last relationship.”

When she confronted her then-boyfriend and told him that certain sounds (loud chewing, annoying mouth noises, sniffing) made her insides curdle, he said she was “difficult.” They broke up.

A marketing and comms executive, Henderson suffers from misophonia, a condition in which people experience intense anger and disgust when they hear other people make specific noises. If you’ve never experienced it, it is hard to understand, but for Henderson and many like her, misophonia ruins friendships and causes deep family rifts.

Going to bed after a specific time damages metabolic health

In spite of our obsession with hustling and addiction to pixelated distractions, reasons to develop good sleep habits keep stacking up. Good sleep, scientists increasingly understand, helps stabilize several internal clocks that keep the body functioning. Now, researchers have discovered two sleep factors that may play roles in how we metabolize breakfast — and reveal what you should absolutely not do to perk up after a bad night.

New photo: The enormity of the Webb telescope

It’s difficult to state just how enormous the James Webb Space Telescope is — both as a technological feat and as a physical object. A new photo, released by the European Space Agency, gives an idea of the scope of the ’scope and marks the achievement of one of the final steps toward launch — and toward its 30 days of terror.

The main mirror is 21 feet in diameter or about as tall as a two-story house. Its massive solar shade — needed to enable the spacecraft to peer into the darkness of the void as unencumbered as possible — is nearly the size of a tennis court (78 feet). All of this hardware is designed to exist in space far beyond the reach of crewed repair teams. There, it will unlock the early universe, examine exoplanets in unprecedented detail, and watch galaxies, stars, and planets form.

See the photo and read the article.

A drug for erectile dysfunction could treat brain disease

Part of the problem with finding a new drug to treat a lethal, currently incurable brain disease is that even when scientists happen upon a promising candidate, they then have to go through a lengthy, at times bureaucratic, clinical trial process to assess the drug’s safety, effects, and long-term capabilities; after all that, there’s a secondary federal approval process — together these can take years. There is another way, however — and a new paper in Nature Aging suggests one group of scientists may have discovered an alternate, faster path to treatment.

Get the full story.

Programming note — This is my final week writing Inverse Daily! Make way in the near term for Claire Cameron to be your host starting next week! Follow Claire on Twitter at @clairehcameron.

When I joined Inverse, early in its life as a new type of media startup, we were all crammed into this apartment in Williamsburg, Brooklyn, sitting with laptops at tables. Quarters were tight: Leadership meetings were held in a lofted area and editors sat in another bedroom. Writers were in what amounted to a living…

When I joined Inverse, early in its life as a new type of media startup, we were all crammed into this apartment in Williamsburg, Brooklyn, sitting with laptops at tables. Quarters were tight: Leadership meetings were held in a lofted area and editors sat in another bedroom. Writers were in what amounted to a living…