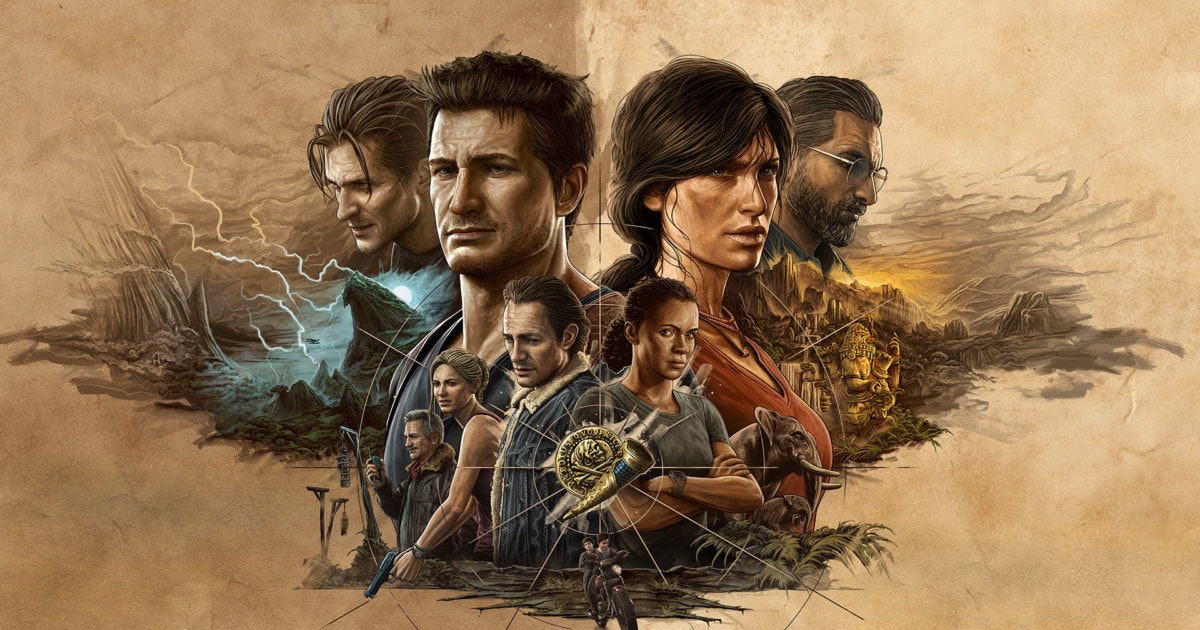 Two of the best PlayStation 4 games — Uncharted 4: A Thief’s End and Uncharted: The Lost Legacy — are finally getting remastered for PlayStation 5 as part of the Uncharted: Legacy of Thieves Collection. While this announcement should’ve been an exciting one for Uncharted fans, some caveats sour the remaster’s appeal for pretty much anybody who already owns these games. So why would anybody even buy this collection? And what precedent does this set for Sony’s future video game services?

What happened — On December 7, 2021, Sony Interactive Entertainment revealed more information about the PS5 version of Uncharted: Legacy of Thieves Collection on PlayStation Blog. It will be released for PS5 on January 28, 2022 with visual enhancements, spatial 3D audio, and support for the DualSense controller’s special features. The collection will cost $49.99, and those who pick it up on the PlayStation Store will even get a voucher for a ticket to see the Uncharted movie.

That’s where the good news stops, however.

If you own Uncharted 4, The Lost Legacy physically or digitally, or the Digital Bundle that includes both, you’ll still have to pay $10 for the next-gen upgrade. To top it all off, Sony confirmed that the enjoyable multiplayer mode from Uncharted 4 and The Lost Legacy would not be remastered.

Drake’s Deception — This frustrating approach to PS5 upgrades is a spit in the face to some of Sony’s biggest fans. The diehard Uncharted fans are the ones who already own these games, so making them pay $10 for a remaster with missing content and minor visual improvements is frustrating for everyone involved.

The process gets even more complicated for physical edition owners!

Even after buying the upgrade on the PlayStation Store, you’ll have to insert the PS4 disc into the PS5 every time you want to play the remaster. And, if you bought the games physically but could only get the PS5 Digital Edition, upgrading isn’t even an option.

Those who claimed the games for free through PS Plus can’t upgrade as well, so Sony is once again punishing the most loyal subscribers. Oh, and the standalone versions of Uncharted 4 and The Lost Legacy have been delisted as well so you can’t get the remaster for cheap.

It feels like Nathan Drake is giving Uncharted fans the middle finger.

Among Thieves — Sony seems intent on nickel and diming its hardcore fans with PS5 remasters. Meanwhile, Xbox has made backward compatibility an affordable commodity.

Xbox Series X|S features a program called Smart Delivery, which gives players the next-gen version of Xbox One games for free. It makes the jump to the next-gen much smoother for Xbox players with large libraries that include games with next-gen upgrades or those relying on Xbox Game Pass’ vast library of titles.

At the launch of Xbox Series X, Microsoft also published remastered titles like Forza Horizon 4, Gears 5, and Sea of Thieves for the next-gen console, adding visual enhancements (and content in some cases) and better frame rates. All of it was free of charge. Microsoft’s approach makes Sony’s strategy seem regressive and greedy.

The Inverse Analysis — Microsoft is taking a hit in short-term revenue to hopefully entice people over the long-term with features like Smart Delivery and services like Xbox Game Pass. Meanwhile, Sony is making a shameless attempt at monetizing one of its most successful series even further.

Ever since the PS5 launched, Sony has fumbled backward compatibility. Currently, the system is only compatible with PS4 games. players can’t upgrade PS Plus games like Final Fantasy VII, Uncharted 4, and Mortal Shell to their next-gen versions, and Horizon Forbidden West had to backtrack on this same $10 fee strategy after backlash.

Sony is reportedly working on a subscription service to counter Xbox Game Pass, but their decisions here make us doubt Sony can pull it off. The company’s approach has gotten increasingly greedy when it comes to enhanced versions of older games. Sure, PS Plus gets you a bunch of free classics via the PS Plus Collection on PS5, but it feels stagnant and lifeless compared to the lively approach Microsoft takes to Xbox Game Pass.

At a moment when the company had a lot to prove, Uncharted: Legacy of Thieves Collection might just be the worst thing Sony has done in years.

Two of the best PlayStation 4 games — Uncharted 4: A Thief’s End and Uncharted: The Lost Legacy — are finally getting remastered for PlayStation 5 as part of the Uncharted: Legacy of Thieves Collection. While this announcement should’ve been an exciting one for Uncharted fans, some caveats sour the remaster’s appeal for pretty much…

Two of the best PlayStation 4 games — Uncharted 4: A Thief’s End and Uncharted: The Lost Legacy — are finally getting remastered for PlayStation 5 as part of the Uncharted: Legacy of Thieves Collection. While this announcement should’ve been an exciting one for Uncharted fans, some caveats sour the remaster’s appeal for pretty much…