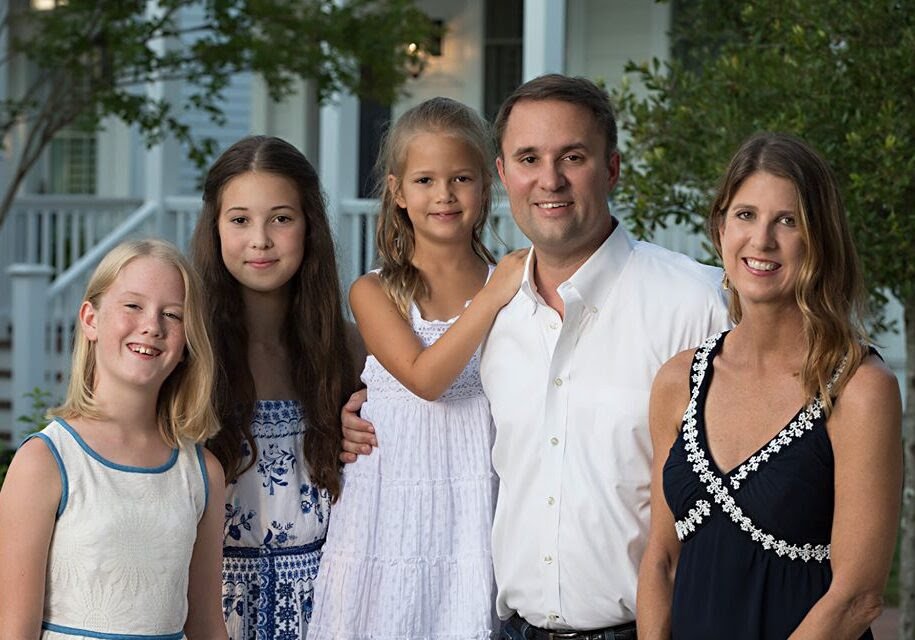 Miyares Knocks First Hire Out Of The Park; Sears Shines at ALEC

Some good news this morning as Attorney General-elect Jason Miyares announced his first major hire by selecting Andrew Ferguson as the next Solicitor General. Ferguson comes with high marks for distinction, graduating from the University of Virginia School of Law, clerking under Justice Clarence Thomas and serving as chief counsel to Senator Mitch McConnell (R-KY):

“I am honored that Attorney General-elect Miyares has asked me to be his Solicitor General,” said Ferguson. “I am excited for this opportunity to serve my beloved home state, protect Virginians’ constitutional rights, and defend the rule of law in the Commonwealth.”

“I am honored that Attorney General-elect Miyares has asked me to be his Solicitor General,” said Ferguson. “I am excited for this opportunity to serve my beloved home state, protect Virginians’ constitutional rights, and defend the rule of law in the Commonwealth.

For those of us who have struggled to comprehend the decisions of the previous eight years under Democratic Attorney General Mark Herring, the selection of Ferguson is a stark reminder that personnel is indeed policy — and Miyares is clearly communicating a return to standards pushed aside for too long by progressive activists who have leveraged the OAG for private agendas rather than upholding the rule and the spirit of the laws.

Winsome Sears Has An AWESOME Month

Let me show you a pretty nifty infographic from Google Trends comparing the three Virginia statewides over the last 30 days:

The solid red line is Glenn Youngkin (which is to be expected); the yellow line is Jason Miyares — also to be expected as downticket candidates tend not to outshine the top of the ticket.

That blue line you see there competing with and even outshining the red line?

That’s Winsome Sears being feted by the media and making her rounds.

I want you to keep your eyes on Winsome Sears as she continues to make the rounds and impress fellow Republican national stakeholders and leaders. People are starting to figure out that Winsome Sears is the real deal, not just for the communities she represents but for the doors she opens for Republicans in Virginia and nationally. Willing to wear her faith on her sleeve, proud to support the Second Amendment, unabashedly pro-life and a staunch conservative small business leader in her own right, Sears is certainly fulfilling her role as the conscience of the Republican Party right now.

One more reminder that the opposition never sleeps, assisted suicide revisited the Joint Commission on Health Care yesterday — and was resoundingly rejected by the commission as a study topic heading into 2022.

Finally — because I have nothing else to really talk about right now — you have this absolute gem coming out of Fairfax County:

A library in Fairfax County, Virginia, created a book display featuring the notorious books “Gender Queer” and “Lawn Boy” – which parents claim feature pedophilia and obscene material – alongside the Bible but later removed the display after residents called it offensive.

“The Dolley Madison Library holiday reading display was intended to highlight the freedom to read and the fact that many library patrons have more time during the holidays to do so,” Fairfax County Public Library Director Jessica Hudson told Fox News in a statement Tuesday. “It was not the intention of staff to create a display that could be construed as offensive. The display has been removed.”

My thoughts on this are pretty cut and dry here.

Not every printed word on paper is literature, and while particular books (like particular words) simply aren’t for polite society, it is far easier to tolerate nonsense when it is 1 out of 200 books you (or your child) has read as opposed to the only book your child might be exposed.

Yet you’ll notice the gambit — the progressives are going to keep pushing this envelope. Try bringing Sacred Scripture into any Virginia classroom on its own terms rather than as some artifact and see what happens. Yet bring in secular scripture — Gender Queer, Lawn Boy, 33 Snowfish — and it is treated with a reverence typically reserved for relics of a bygone age. Yet include the Holy Bible in a display and clearly — obviously — it must be placed on par with vulgarities. Otherwise you, dear reader, are playing the role of the hypocrite…

…or rather, perhaps excellence rather than mediocrity should be celebrated. One doubts that we will be talking about any of the sacred texts of the secular left in the next 50 years. The Holy Bible — one of the worlds longest lasting memes — has a bit more shelf life. Ergo, it stands to reason that maybe the Holy Bible deserves a bit more shelf presence and a bit more of that respect the left pretends to extend to other faith traditions?

Keep fighting, folks — and don’t let them roll you. Otherwise, they are going to win the battle up front by mere inertia and institutionalism.

Youngkin has yet to announce any major appointments to his cabinet, so there’s really not much to report. Everything is either gross rumor, jockeying for jobs, or a violation of confidences.

The good news is that there are adults in charge of the committees and the names we will get will most likely be the best and brightest Virgnia has to offer. So between a methodological approach and a consistent hammering on the Day One Plan, Youngkin seems to be off to a stable start with few hiccups.

Of course, once everyone OD’d on their outrage pills, everyone calmed down a touch and moved on with their lives.

For the record, I believe in a lot of crazy things too:

I also have very firm beliefs with regards to sexual ethics consistent with most Christian traditions. Yet in a world of coalition politics? Questions of moral ought and questions of ethics can — and rightly should — be separate and distinct.

Several Youngkin staffers and hangers-on have been critical of anything that looks like advice. Fair enough — though I doubt that His Excellency-elect shares their myopic and narrow justifications for who is a friend and who is an enemy. What I would share with others (and perhaps, with the Governor-elect) is that while the Big Tent should not be so broad that it stands for nothing at all, Republicans should be able to identify broad policy-based goals over the next 2 years with a 21-19 Democratic Senate — and they should be broad enough to encompass a majority of voters in a winning coalition that can persevere for the next 20 years.

The UK Tories discovered that it is easier for the right to move to the left on fiscal issues than it is for the left to move to the right on social issues. Key hires such as Mr. Marin-Mora may raise the eyebrows of some, but for those of us who have the confidence of our own beliefs, we should welcome rather than exclude such fellow travellers — especially when they are right on a good 80% of what we believe as conservatives.

Building coalitions that last may not make good theology (unless syncretism is your theology — then have at it) but it does make good politics. In that, I am willing to give this administration as much rope as it requires until it constructs either a hammock or a hangman. God knows what the McAuliffe administration would have installed.

In the meantime, celebrate the small to mid-range wins. Miyares just made a great hire at OAG; Sears is being piloted by one of the most intellectually savvy transition team leaders in former Delegate Chris Saxman. Youngkin is making headway on installing the most serious-minded administration Virginia has seen in decades — one that will provide much needed stability as he implements his Day One Plan.

Meanwhile, if you really want to feel better about the world, go check out the absolute car wreck over at the Democratic Party of Virginia as they knife one another over who will preside over the dumpster fire. Case in point?

They still don’t know why they lost, folks.

Let’s make the most of it while we can.

Some good news this morning as Attorney General-elect Jason Miyares announced his first major hire by selecting Andrew Ferguson as the next Solicitor General. Ferguson comes with high marks for distinction, graduating from the University of Virginia School of Law, clerking under Justice Clarence Thomas and serving as chief counsel to Senator Mitch McConnell (R-KY): “I…

Some good news this morning as Attorney General-elect Jason Miyares announced his first major hire by selecting Andrew Ferguson as the next Solicitor General. Ferguson comes with high marks for distinction, graduating from the University of Virginia School of Law, clerking under Justice Clarence Thomas and serving as chief counsel to Senator Mitch McConnell (R-KY): “I…