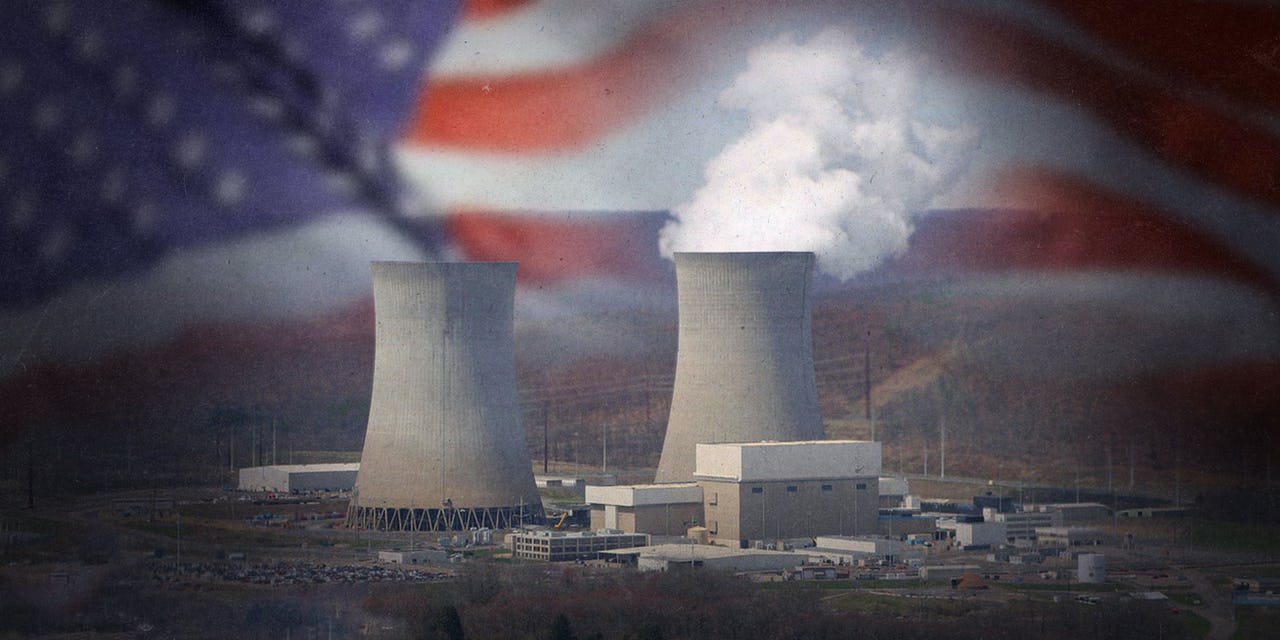 Is Nuclear Power in Our Future?

Those who advocate for “renewable” energy to address the increasing carbon content in our atmosphere have a few methods of energy generation at their disposal. Much of our newest generation comes from wind turbines, while cropland in open areas that once bore its share of our food supply now lies fallow under a growing supply of solar panels, often built in China by Uyghur slaves. Hydropower also contributes a small share.

But with carbon-free wind and solar, there come big problems. The wind some have counted on to provide their electricity suddenly stopped blowing this summer, leaving consumers in Europe high and dry during a time of high demand. And all those solar panels in North America? Their efficiency at this time of year is stymied by increased cloudiness, cover by snow and ice, and the age-old problem of shorter days and lower sun angles in December and January. But we still need electricity for heating. This lack of reliability also makes it more difficult to manage the power grid, requiring the inclusion of small gas- or oil-fired generation plants to keep the electrical supply flowing when these sources fall short of demand.

Yet there is another carbon-free alternative for which a small but growing group of environmentalists have put aside their traditional opposition, realizing that its lack of emissions, overall safety record, and, most importantly, reliability make nuclear power a prime candidate for inclusion in an “all of the above” palette of electricity generation.

One key convert: French President Emmanuel Macron, who went from advocating a year ago for cutting the percentage of the nation’s electricity generated by nuclear power from 75% to 50% to now calling for new nuclear reactors in a move to “guarantee France’s energy independence, to guarantee our country’s electricity supply and achieve our objectives, in particular carbon neutrality in 2050.” Several EU nations once opposed to adopting nuclear power as part of their taxonomy of carbon-free alternatives to fossil fuels have rethought their opposition, leaving Austria, Germany, and Spain as the last main holdouts. Some nations are even reconsidering their past pledges to phase out nuclear because alternatives just aren’t ready yet, and may not be for decades.

The same problems Europe faced with wind and solar plague us, too. But while Europe seemed less hesitant to maintain its nuclear generation in the wake of the Chernobyl disaster, nuclear plant construction all but ceased here in the U.S. after the Three Mile Island incident in 1979.

However, nuclear advocate Charlotte Whelan makes the same arguments her European counterparts do in advocating for a larger nuclear share. “Nuclear power’s share of our electricity production has been stagnant for the last three decades,” she says, “but if we want to reduce carbon emissions and increase clean energy, we need to boost nuclear power production.”

But it’s not all Uncle Sam’s fault — because nuclear plants are such a rare construction type, it’s impossible to get the economies of scale one may find in natural gas plants. As Jonathan Ford of Bloomberg notes: “Nuclear’s payback only comes when countries build a fleet of similar reactors, creating the supply chain that allows for consistent delivery and drives down costs. For instance, South Korea has built reactors programmatically since the 1980s, which is why its costs are close to $2,000 to $4,000 per kilowatt, compared to $8,000 for the U.K.‘s last completed one-off project, Sizewell B, in the 1990s, according to research by the Energy Technologies Institute.” It’s that economy of scale that also helps make it easier to build wind turbines or solar panel arrays than new generating plants of any sort.

Once nuclear plants are commissioned, though, they become a safe, reliable, and carbon-free source of electricity. If the aim is to cut our carbon emissions while maintaining our way of life, then nuclear power — once promoted in the 1950s to eventually be so cheap there would be no need to meter it — may finally gain that sort of acceptance, if not the low price.

By  MICHAEL SWARTZ December 8, 2021 Limitations plaguing other sources of energy mean nuclear is becoming more attractive. Those who advocate for “renewable” energy to address the increasing carbon content in our atmosphere have a few methods of energy generation at their disposal. Much of our newest generation comes from wind turbines, while cropland in…

By  MICHAEL SWARTZ December 8, 2021 Limitations plaguing other sources of energy mean nuclear is becoming more attractive. Those who advocate for “renewable” energy to address the increasing carbon content in our atmosphere have a few methods of energy generation at their disposal. Much of our newest generation comes from wind turbines, while cropland in…

A strange galaxy has no dark matter, and astronomers aren’t sure why