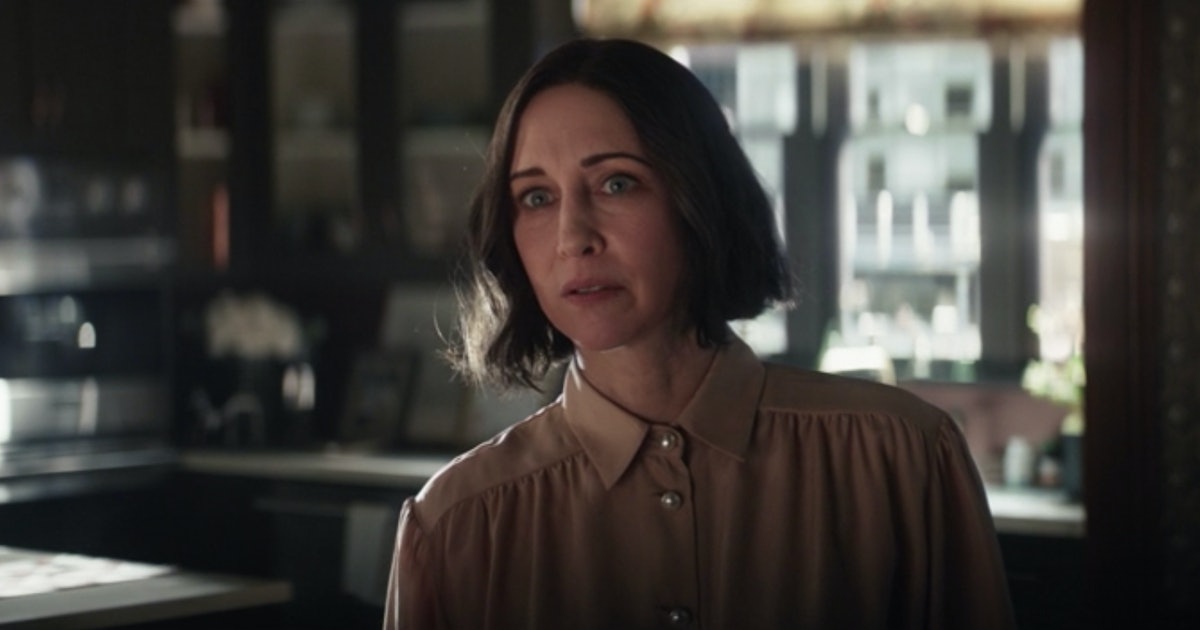 There’s definitely more to Eleanor Bishop (Vera Farmiga) than meets the eye. The first four episodes of Hawkeye have tried to sell Kate Bishop’s (Hailee Steinfeld) mother as a relatively normal and carefree person who just wants to live a peaceful romantic life with her fiancé, Jack Duquesne (Tony Dalton). But Marvel fans have long suspected that Eleanor is hiding something, and Hawkeye Episode 4 subtly confirms it.

The Disney+ show’s latest episode features a brief but notable scene, which hints that Eleanor knows way more about whatever’s going on in Hawkeye than she’s letting on.

We Need to Talk — Hawkeye Episode 4 opens where the show’s third installment left off, with Kate and Clint (Jeremy Renner) caught sneaking around Eleanor’s apartment by her and Jack. The “family” meeting that follows is understandably awkward, as is the conversation Eleanor has alone with Clint. She uses Natasha Romanoff’s (Scarlett Johansson) death as the reason why she doesn’t want Clint working with Kate.

However, immediately after her conversation with Clint, we see Eleanor call someone who unfortunately doesn’t pick up. “It’s Eleanor. Could you call me back, please? It’s urgent,” she says.

While Hawkeye Episode 4 never reveals who Eleanor called, the scene’s inclusion confirms that she is somehow invested in the case that Clint and Kate are investigating — and so is someone she knows or works with. Fortunately, we’ve got two pretty good guesses about who that mystery person could be.

Emergency Call — The opening prologue of Hawkeye introduces viewers very briefly to Derek Bishop (Brian d’Arcy James), Kate’s father and Eleanor’s husband. He seemingly died during the Battle of New York. We say seemingly, of course, because Derek’s death is never actually shown, nor is his body, and Hawkeye’s premiere also clarifies that before his “death,” Derek had gotten himself and his family into a spot of trouble.

Those details have led many fans to speculate that one of two things happened off-screen to Derek in the Hawkeye prologue: He was murdered by Eleanor, or he faked his death with Eleanor’s help and has been living in hiding ever since. Either possibility reveals that Eleanor has been keeping some pretty big secrets from Kate, which her phone call in Hawkeye Episode 4 clearly implies.

Assuming she didn’t secretly murder her husband, it’s possible it was Derek who Eleanor called in Hawkeye Episode 4. He may have something to do with the grand mystery Kate and Clint are currently investigating in the show.

That said, it’s equally possible Eleanor wasn’t calling Derek, but someone else — namely, Wilson Fisk (Vincent D’Onofrio). The Daredevil character is who many believe will be revealed to be both the mysterious leader of the Tracksuit Mafia and Maya Lopez’s (Alaqua Cox) “uncle,” who was briefly glimpsed in Hawkeye Episode 3.

Eleanor having a connection to Wilson Fisk would certainly explain a few mysterious things about her character.

That includes why she was at the same charity gala where a Black Market auction was held in Hawkeye’s premiere and why Armand III (Simon Callow) said in the same episode that her empire was “built on a lie.” Armand III’s remark to Eleanor that he also has “powerful” friends similarly implies that he not only discovered a secret about Eleanor’s security company, but he became aware of her connection to someone, well, powerful.

Wilson Fisk definitely fits that description, and let’s face it: secretly backing and monitoring a New York security company is something that Fisk would absolutely do. Considering his long-rumored presence in the series, Fisk is likely connected to whatever secrets Eleanor is trying to stop both Clint and Kate from discovering.

The Inverse Analysis — With only two episodes left to go, it won’t be long before Hawkeye finally starts rolling out some answers to its various, ongoing mysteries.

No matter how much she tries to pass herself off as innocent and clueless, it’s looking increasingly likely that Eleanor Bishop holds the key to answering many of the show’s biggest questions too. At least, her phone call scene in Hawkeye Episode 4, as well as her attempt to get Clint to give up his investigation into the Tracksuit Mafia, certainly suggest that she does.

There are plenty of different ways Eleanor’s story could go in Hawkeye’s last two episodes. Don’t be surprised if the person she called in this week’s installment turns out to be her not-actually-dead husband, Derek, or none other than the crime kingpin himself, Wilson Fisk.

Hawkeye is streaming now on Disney+.

There’s definitely more to Eleanor Bishop (Vera Farmiga) than meets the eye. The first four episodes of Hawkeye have tried to sell Kate Bishop’s (Hailee Steinfeld) mother as a relatively normal and carefree person who just wants to live a peaceful romantic life with her fiancé, Jack Duquesne (Tony Dalton). But Marvel fans have long…

There’s definitely more to Eleanor Bishop (Vera Farmiga) than meets the eye. The first four episodes of Hawkeye have tried to sell Kate Bishop’s (Hailee Steinfeld) mother as a relatively normal and carefree person who just wants to live a peaceful romantic life with her fiancé, Jack Duquesne (Tony Dalton). But Marvel fans have long…

The watch’s owner could be a shocking ex-Avenger