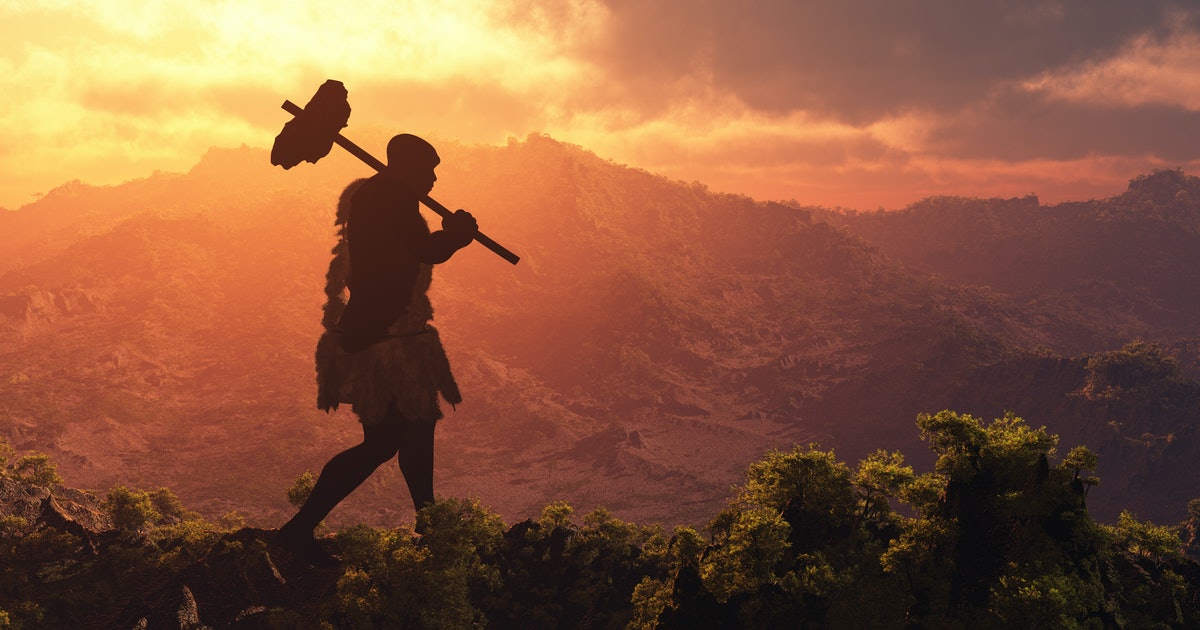 The origins of all modern humans may lie in a rocky geological depression in East Africa. The dusty landscape, shaped by the passage of time and erosion, even resembles formations found on Mars. But really, Ethiopia’s Afar Rift is the place where the Arabian and African tectonic plates meet on the continent. It’s also a hotbed of ancient Homo sapien fossils, which can be found in the region’s Middle Awash archaeological site — and these fossils are particularly mysterious for one reason.

Despite the plethora of fossils, old radiocarbon dating techniques haven’t been able to precisely date these fossils. As a result, scientists are limited in their work to retrace major milestones in ancient human development — including when ancient Africans traveled into Eurasia for the first time.

Until now. A study published Monday in the journal Proceedings of the National Academy of Sciences reveals a new and bizarre technique to precisely date ancient hominin fossils: Ostrich eggs. The tool could reveal details of when our ancestors lived in Africa and how they evolved.

The technique allows archaeologists to concretely date “one of the longest records of human evolution,” according to the research.

How they made the discovery — For more than three decades, these scientists have been studying a specific site in Ethiopia called the Middle Awash archaeological site. Over the years, they have cataloged more than 30,000 vertebrate fossils, including a few ancient Homo sapiens. The researchers have also discovered Stone Age tools at the site.

But older radiocarbon-dating techniques left the timeline for when humans were at this site obscured by the dust and millennia. Radiocarbon dating relies in part on sufficient bone and wood samples, as well as a lack of contamination from the surrounding rocks.

“Accurately dating the emergence of Homo sapiens and associated technologies in Africa is an enduring challenge in geochronology and a persistent source of frustration for paleoanthropologists,” the researchers write.

So they turned to something else they had found in the mud: ostrich eggshells found in the region’s sediment.

The researchers conducted a radio-isotope analysis on the calcite in the ostrich eggshells — a technique called “230Th/U burial dating” in the study. Calcite is a kind of carbonate mineral found in many natural materials, like limestone and chalk. With this technique, the researchers were able to date the minimum and maximum age of sediment found in four sites in the region, and from there, they applied the results to date the age of human fossils found preserved in the same sediment.

This technique, in combination with other methods such as satellite image analysis, helped researchers put together the clearest timeline of ancient human habitation in this area to date.

What they found — Through their unique analysis, the paleoanthropologists made two significant discoveries related to Middle Stone Age human fossils and associated artifacts in Ethiopia’s Afar Drift:

These are not the oldest human fossils found in Ethiopia from the period; that record belongs to a 212,000-year-old Omo I partial skeleton found in southern Ethiopia.

But the researchers have seriously updated the timeline of ancient modern humans. They write:

“The African [Middle Stone Age] witnessed the emergence of anatomically modern humans and their expansions to Eurasia. Understanding the biology of these people and their descendants requires chronologically placed fossils.”

Why it matters — Groundbreaking techniques like this help reveal a scientifically-backed timeline of Homo sapiens in East Africa — the cradle of humanity. We are one step closer to understanding the emergence and evolution of ancient modern humans on the continent.

As the researchers suggest, if we can understand when our ancient ancestors lived in Ethiopia’s Afar Drift, we may also better understand how they evolved into the dominant species on planet Earth.

They write: “Our results…further confirm that the deep sedimentary stack of Ethiopia’s Afar remains central to understanding the origins and evolution of our species.”

What’s next — The findings are the first step in a long road to understanding the evolution of ancient humans in Africa. Further research may yield additional clues, including when our Homo sapien ancestors may have migrated into Eurasia. The researchers describe their findings as “of pivotal importance” and “foundational to solving many research questions involving the origin and evolution of African H. sapiens.”

The researchers anticipate their findings will help date even more ancient human remains from the Middle and Later Stone Ages in the region and possibly reveal new information about ancient climate change in this cradle of human civilization.

Hopefully, further findings will shed new details on the large number of human fossils found in this remarkable region, which scientists associate with “the ultimate emergence and dispersal of modern humans.”

Abstract: The Halibee member of the Upper Dawaitoli Formation of Ethiopia’s Middle Awash study area features a wealth of Middle and Later Stone Age (MSA and LSA) paleoanthropological resources in a succession of Pleistocene sediments. We introduce these artifacts and fossils, and determine their chronostratigraphic placement via a combination of established radioisotopic methods and a recently developed dating method applied to ostrich eggshell (OES). We apply the recently developed 230Th/U burial dating of OES to bridge the temporal gap between radiocarbon (14C) and 40Ar/39Ar ages for the MSA and provide 14C ages to constrain the younger LSA archaeology and fauna to ∼24 to 21.4 ka. Paired 14C and 230Th/U burial ages of OES agree at ∼31 ka for an older LSA locality, validating the newer method, and in turn supporting its application to stratigraphically underlying MSA occurrences previously constrained only by a maximum 40Ar/39Ar age. Associated fauna flora, and Homo sapiens fossils are thereby now fixed between 106 ± 20 ka and 96.4 ± 1.6 ka (all errors 2σ). Additional 40Ar/39 results on an underlying tuff refine its age to 158.1 ± 11.0 ka, providing a more precise minimum age for MSA lithic artifacts, fauna, and H. sapiens fossils recovered ∼9 m below it. These results demonstrate how chronological control can be obtained in tectonically active and stratigraphically complex settings to precisely calibrate crucial evidence of technological, environmental, and evolutionary changes during the African Middle and Late Pleistocene.

The origins of all modern humans may lie in a rocky geological depression in East Africa. The dusty landscape, shaped by the passage of time and erosion, even resembles formations found on Mars. But really, Ethiopia’s Afar Rift is the place where the Arabian and African tectonic plates meet on the continent. It’s also a…

The origins of all modern humans may lie in a rocky geological depression in East Africa. The dusty landscape, shaped by the passage of time and erosion, even resembles formations found on Mars. But really, Ethiopia’s Afar Rift is the place where the Arabian and African tectonic plates meet on the continent. It’s also a…

Look: Ancient footprints likely belong to a human ancestor we have yet to find