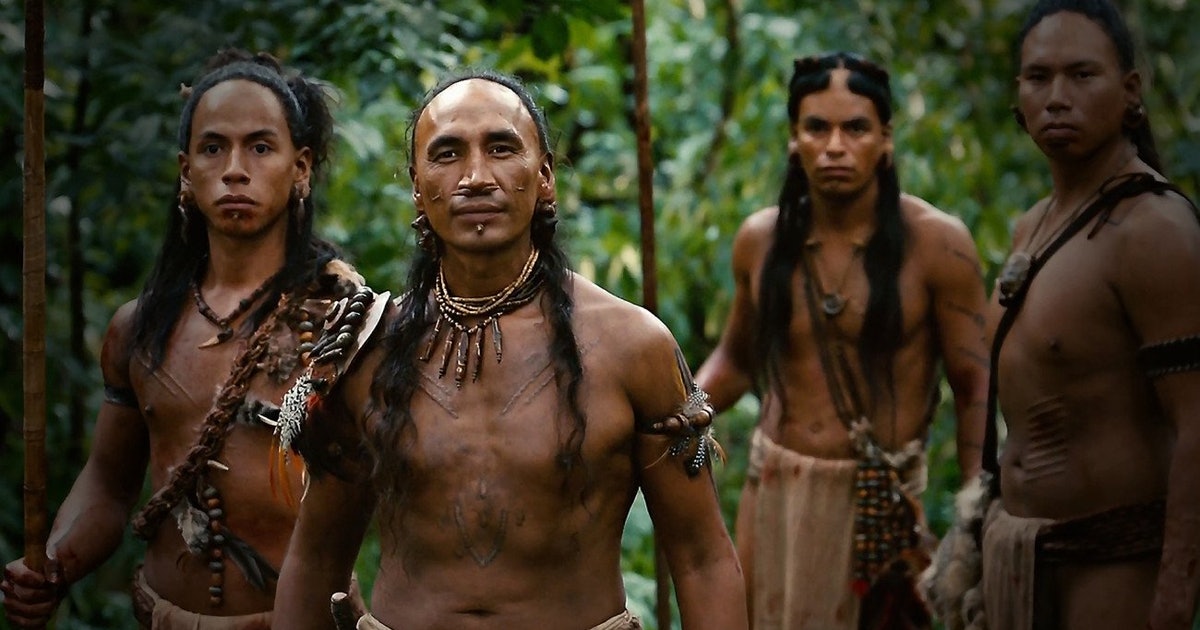 The beginning of Apocalypto opens with the quote, “A great civilization is not conquered from without until it has destroyed itself from within.”

The little girl prophesizes the end of the Mayan world as their society continues to fall apart as a result of corruption, poverty, and illness — not-so-subtly implying that the people are the root of their society’s demise. The raider who encounters the little girl is clearly unnerved and later expresses worry that the end is near.

Out of all the scenes in Apocalypto, this one encompasses the film the best. It’s not the most exciting, action-filled, or grotesquely violent like much of the movie is, but it sums up the underlying theme of the movie that feels particularly relevant in America today: A society will destroy itself from the inside long before any outside force can manage to conquer it.

Before we go any further, we need to address the anti-Semitic, racist, misogynistic elephant in the room. Apocalypto will be forever remembered as Mel Gibson’s last film before the world saw him for what he truly is, though that revelation has barely put a damper on his ability to make movies in Hollywood.

Still, Apocalypto marks the end of the era where Gibson was universally considered a credible and respected director and actor. So knowing what we do now about the film’s director, how does this movie hold up fifteen years later?

Apocalypto takes place during the decline of the Mayan civilization, roughly around 1502. The story focuses on Jaguar Paw, a tribesman from a hunting village deep in the jungle. His tribe comes under attack by raiders from the Mayan city where many of his fellow villagers are cruelly slaughtered— the rest are captured to be sold as slaves or used as human sacrifices. Before being captured, Jaguar Paw is able to hide his young son and pregnant wife in a pit, saving them from the raiders. The rest of the movie is a race against time as he tries to escape his captors and return to his wife and son before they perish.

The world-building is done impressively well. Apocalypto sets itself up very early on, making it easy to follow the characters and understand their world. We know who Jaguar Paw, Sky Flint, Blunted, and Seven are, and we get to know them just early enough that we can feel empathy for them later.

It also bears all the hallmarks of a Mel Gibson film: graphic bloodshed, at least one mindlessly violent man-child villain, and the supposed everyman hero who seems inexplicably stronger, smarter, and somehow better at murder than everyone else (see: Braveheart and The Patriot). However, Jaguar Paw is an enjoyable enough protagonist to root for as somehow both the luckiest and unluckiest guy in this entire civilization.

The cast is also comprised of all Native Americans and Indigenous Mexican actors. Given how even today diversity in Hollywood films is still such a serious issue, this is actually pretty impressive for 2006.

There’s another not-so-positive side to this though, and that’s where historical accuracy comes in.

It’s pretty normal for historically-based films to deviate from the actual history. However, Apocalypto takes many liberties with the history of the Mayan civilization that it could be perceived as detrimental to the descendants of its people. One example? The film’s depiction of human sacrifice.

While the Mayans certainly did engage in human sacrifice, there’s no evidence that they did it on as large a scale all at once as depicted in the film — that was a practice associated with the Aztecs. The Mayan civilization was incredibly advanced for the time with remarkable achievements in astronomy, architecture, engineering, medicine, and more. Unfortunately, we don’t see any of that reflected in the film.

While it seems admirable to cast actors of the proper cultural background and use a close equivalent of the Mayan language, it would work a lot better if the Mayan civilization wasn’t portrayed in such a terrible light. Given what we now know how Gibson feels about people of other racial backgrounds, the relentlessly cruel, sadistic, and historically inaccurate images of the Mayan people feels a little more deliberate.

At the end of the movie, after numerous prophecies and speculations about the end of the Mayan world, the Spanish Conquistadores are already on their way with their steel swords, guns, and diseases in tow.

The message isn’t subtle: the Mayan civilization caused their own downfall long before the Spanish showed up.

Apocalypto is certainly a well-made film. It tells a straightforward story with interesting characters that the audience can invest in. The movie works as a high-stakes chase. However, it’s very hard to shake the shadow of Mel Gibson’s malicious, racially-charged tirades. And that knowledge makes it difficult not to assume that Gibson operates under the belief that the Mayan people essentially “had it coming.”

The beginning of Apocalypto opens with the quote, “A great civilization is not conquered from without until it has destroyed itself from within.” The little girl prophesizes the end of the Mayan world as their society continues to fall apart as a result of corruption, poverty, and illness — not-so-subtly implying that the people are…

The beginning of Apocalypto opens with the quote, “A great civilization is not conquered from without until it has destroyed itself from within.” The little girl prophesizes the end of the Mayan world as their society continues to fall apart as a result of corruption, poverty, and illness — not-so-subtly implying that the people are…