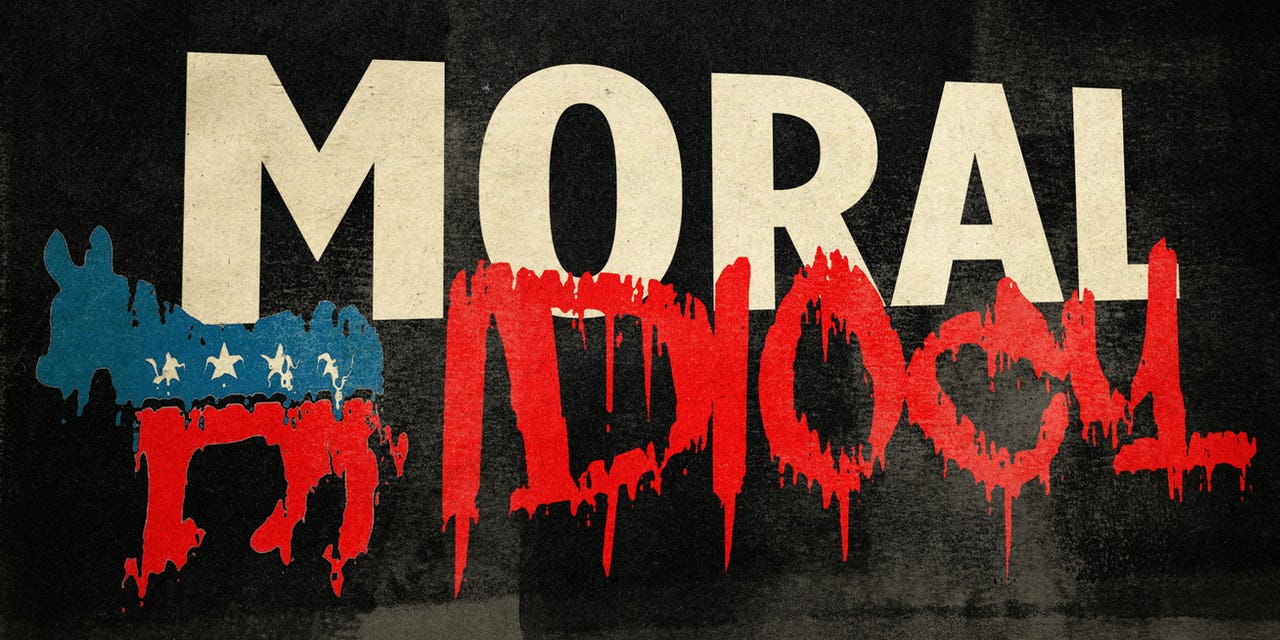 The Moral Idiocy of the Left’s Policies

From demonizing cops to abortion to even enabling the Waukesha killer, the Left’s commitment to utopia is killing us.

There is a battle going on for the very soul of our country. Good is called evil and evil good. The voices of the victims are drowned out by the voices of those who have trespassed against them, and it can all be traced back to the moral idiocy of the Left.

The men and women who make up our law enforcement have borne the brunt of this moral idiocy. The job of policing is a very difficult one, but theirs has been made intolerable in many Democrat-run cities. The sins of a few demonize the entire institution, leading to calls to defund the police, vaccine mandates (which further drive able-bodied cops out of the force), and by extension a recruitment crisis. The workload of cops has become increasingly heavy with riots and, more recently, organized looting and violent crimes. This is due to poor leftist policies like that in California, where looters won’t be stopped if their burgled goods ring up to less than $1,000. This crime wave has also proven deadly. This year will go down in the books as one of the deadliest for cops, already surpassing both 2019 and 2020.

The moral idiocy here lies in the policies that seek to fix a perceived wrongdoing or inequity. Instead of fixing the problem, they exacerbate it. But it’s not just in the way leftist policies are shabbily dealing with the police force. Leftists’ moral idiocy extends to the criminal as well. Take the sad case in Waukesha, Wisconsin. The criminal who blatantly drove his SUV through a Christmas parade, killing six and injuring dozens more, should not have been a free man. And yet he was allowed to go free from other horrific crimes because of terrible leftist policies that advocate for the criminal and not for the victim.

Adding insult to injury, the perpetrator’s mother blames the system for not giving her son the help he needed. Even the criminal blames everyone but himself, claiming that he has been demonized and dehumanized. Of course, there’s a legitimate debate to be had regarding mental illness and the way our system handles it. But at the same time, grandmothers and a child are dead because of this man, and yet the stories we hear attempt to make us feel sorry for him?

Regardless, leftist politicians, instead of acknowledging the wrong (i.e., their pernicious soft-on-crime policies) and working toward protecting the innocent, are doubling down on their stance. Amazingly, Congresswoman Alexandria Ocasio-Cortez asserts, “A lot of these allegations of organized retail theft are not actually panning out.”

The secularization of America has dragged us down to these hellish depths of depravity and the Left keeps pushing us further. It’s not satisfied with dismantling once-great cities; it even has the audacity to advocate for more lenient policies for criminals after their own policies have inflicted damage on communities. As outraged as this insane, prideful destruction can make us, that outrage doesn’t do any good unless we, the American people, do something about it. Some constructive ways to fight against these leftist policies is to vote for people who want to fix the problems using methods that actually work (incarceration serving as deterrence, higher bails, three-strikes rule, etc.). And as individual citizens, we must stand up for the vulnerable and the marginalized. America is still a land of great people, if only we have the courage to fight back and reclaim it.

We all want progress. But progress means getting nearer to the place where you want to be. And if you have taken a wrong turning then to go forward does not get you any nearer. If you are on the wrong road progress means doing an about-turn and walking back to the right road and in that case the man who turns back soonest is the most progressive man. There is nothing progressive about being pig-headed and refusing to admit a mistake. And I think if you look at the present state of the world it’s pretty plain that humanity has been making some big mistake. We’re on the wrong road. And if that is so we must go back. Going back is the quickest way on.

By EMMY GRIFFIN December 7, 2021 From demonizing cops to abortion to even enabling the Waukesha killer, the Left’s commitment to utopia is killing us. There is a battle going on for the very soul of our country. Good is called evil and evil good. The voices of the victims are drowned out by the…

By EMMY GRIFFIN December 7, 2021 From demonizing cops to abortion to even enabling the Waukesha killer, the Left’s commitment to utopia is killing us. There is a battle going on for the very soul of our country. Good is called evil and evil good. The voices of the victims are drowned out by the…

You’d Better Watch Out: The Surveillance State Has a Naughty List, and You’re On It