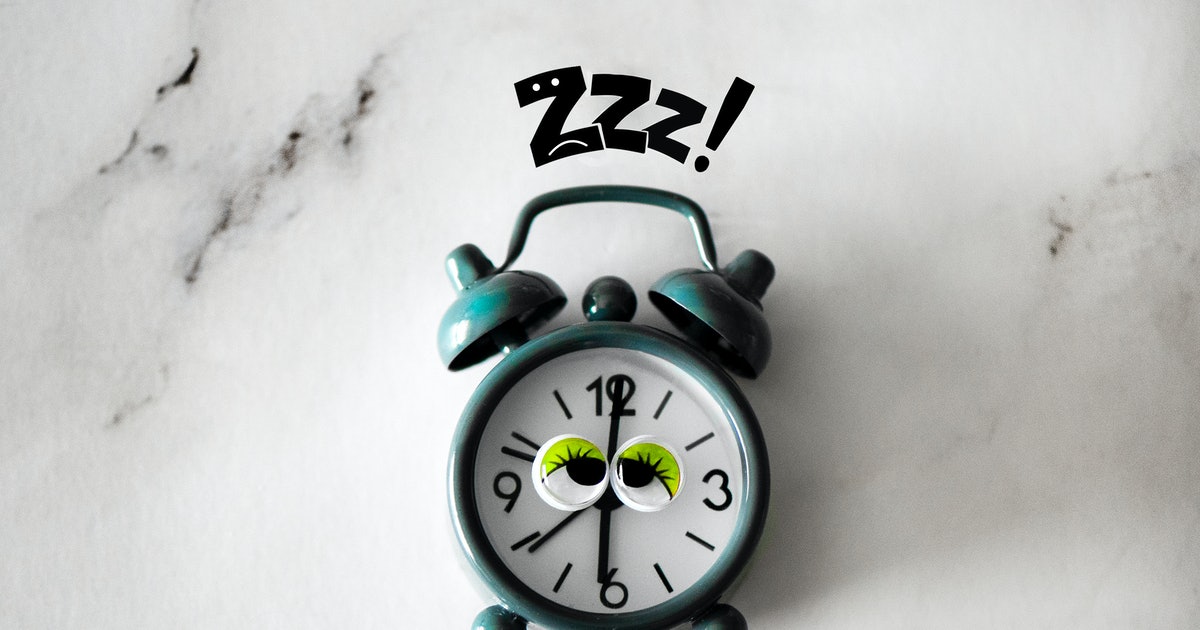 In spite of our obsession with hustling and addiction to pixelated distractions, reasons to develop good sleep habits keep stacking up. Good sleep, scientists increasingly understand, helps stabilize several internal clocks that keep the body functioning. Now, researchers have discovered two sleep factors that may play roles in how we metabolize breakfast — and reveal what you should absolutely not do to perk up after a bad night.

In a study published last week in Diabetologia, both disturbed sleep patterns and going to sleep after midnight were correlated to a less-than-optimal postprandial response. Specifically, poor sleep affected the body’s ability to rope glucose (sugar) levels back to normal after a meal.

Essentially, the study shows how a night of stop-and-go sleep may mess with your body’s ability to regulate blood sugar, and that going to bed late might also be bad for metabolism. In turn, the length of time spent snoozing didn’t seem to make a difference — so even if you went to bed at 1 a.m. and woke up at 12 p.m., the body still processes the first meal of the day suboptimally.

“We understand there are three pillars of a healthy lifestyle — diet, exercise, and sleep — and they aren’t independent of one another,” study co-author Paul Franks, of the Lund University Diabetes Centre in Malmö, Sweden, tells Inverse.

“These things coexist together. One can’t compartmentalize sleep too much.”

Science In Action — The data for the Diabetologia study came from the Personalised Responses to Dietary Composition Trial (or P.R.E.D.I.C.T.), a collaboration between King’s College London and Massachusetts General Hospital involving a pool of 2,500 participants.

The study is a rarity for sleep research, says Franks because it is both relatively large and not dependent on self-reporting.

“Quality sleep research tends to be done in sleep laboratories,” he says, “but those studies tend to have ten people, some of the larger ones 70 or 80, and they are done in the very artificial environments of sleep labs.”

These kinds of studies are useful for understanding brain mechanisms of sleep but they also mean high-quality data on the effect of sleep on the average person is harder to come by, Franks says.

“There is this trend these days to drink these high-energy drinks after you’ve had a bad night of sleep… That’s probably the worst thing you can do.”

For two weeks, participants wore monitors on their wrists to track their sleep and used a continuous glucose monitoring device that recorded their blood sugar every 15 minutes. They also ate ready-made breakfasts provided by researchers.

The researchers prescribed the breakfasts to test the body’s responses to a variety of meal types, including high-fiber, high-carb, medium-fat-and-carb, and more. The set menu also meant all participants ate the same thing, so the components of the breakfasts couldn’t interfere with the later analysis.

In a group of 953 participants, Franks and his co-authors found that both interrupted sleep and falling asleep after midnight were correlated with the body taking longer to recover from the influx of blood sugar on eating breakfast — typically, it takes 30 minutes for insulin to shepherd glucose from the blood into cells.

This response differed with sleep quality within the person. Not only did people with chronically interrupted or late bedtimes show higher glucose levels for longer after eating, but people with the most varied sleep patterns had higher levels of blood sugar and slower metabolism responses.

The study also found that sleeping for longer periods at a time was linked to lower blood glucose levels following high-carbohydrate and high-fat breakfasts. These kinds of meals are generally more challenging for the body to metabolize efficiently.

How This Affects Longevity — Chronically high blood sugar can lead to type 2 diabetes and other metabolic problems that affect long-term health, Franks says.

“[T]his can cause damage to the vessels and the nerves of the body and you can have glucose toxicity where the cells can get damaged by the high level of glucose,” he adds.

For example, non-diabetic hyperglycemia impedes the immune system and damages arteries and blood vessels, increasing the risk of heart disease.

What It’s a Hack — The study offers yet another piece of evidence for the benefits of practicing good sleep hygiene and dropping any blasé attitudes about sleep, says Franks.

“At the public level, there are so many maxims about sleep abuse, like ‘I’ll sleep when I’m dead,’” he says.

It’s also another reason to forgo a sugary breakfast in favor of a low-sugar option like eggs, particularly after a poor night’s sleep. But more than that, Frank says, this is an excellent reminder not to reach for an energy drink.

“There is this trend these days to drink these high-energy drinks after you’ve had a bad night of sleep,” Franks says.

“That’s not at all uncommon. That’s probably the worst thing you can do.”

“What you should be doing is doubling down on a breakfast that’s got more complex carbohydrates, more healthy kinds of fats, like crushed avocado on whole-wheat toast, that kind of thing,” he adds.

“That would help resolve some of the metabolic insults in your sleep, whereas when you chug down a Red Bull or Monster Energy Drink, you’re really topping off that metabolic insult, and your blood sugar is going to be very high.”

What’s Next — Franks says he would like to see further research on non-food interventions to rebalance one’s metabolism after a bad night’s sleep.

“When you have a bad night’s sleep and your blood glucose is riding high because of that, what happens if you engage in a certain kind of exercise the next morning? What happens if you fast until lunchtime?” he asks.

“There are a bunch of factors we know that also influence blood glucose beyond food,” he adds.

Aims/hypothesis Sleep, diet and exercise are fundamental to metabolic homeostasis. In this secondary analysis of a repeated measures, nutritional intervention study, we tested whether an individual’s sleep quality, duration and timing impact glycaemic response to a breakfast meal the following morning.

In spite of our obsession with hustling and addiction to pixelated distractions, reasons to develop good sleep habits keep stacking up. Good sleep, scientists increasingly understand, helps stabilize several internal clocks that keep the body functioning. Now, researchers have discovered two sleep factors that may play roles in how we metabolize breakfast — and reveal…

In spite of our obsession with hustling and addiction to pixelated distractions, reasons to develop good sleep habits keep stacking up. Good sleep, scientists increasingly understand, helps stabilize several internal clocks that keep the body functioning. Now, researchers have discovered two sleep factors that may play roles in how we metabolize breakfast — and reveal…