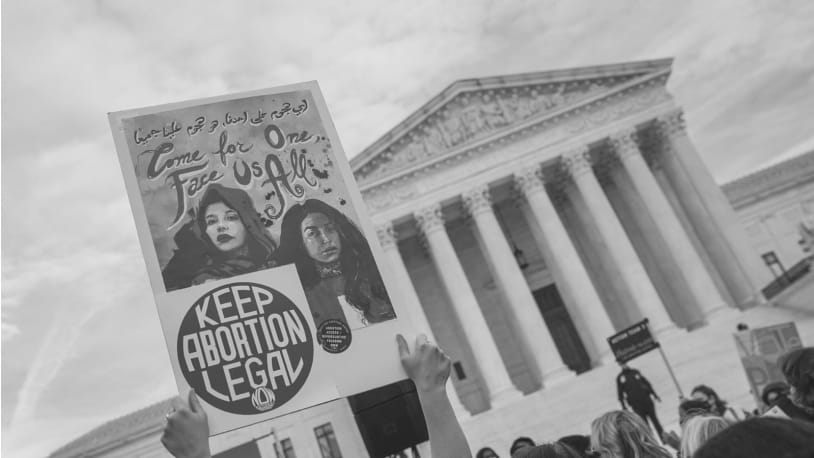 The bad news for progressives is that the Supreme Court will almost certainly overturn Roe v. Wade sometime in the next few months. The worse news is that there is nothing that they can do about it — at least, not in the near future.

But that’s probably not what you’re going to hear from Democratic politicians. After last week’s abortion arguments at the court, The Washington Post reported on a new push among Senate Democrats to remake the court in a left-friendly fashion, through measures like court-packing or mandatory retirements or some other reform to rob the current conservative majority of its power.

The impending reversal of Roe “forces all of us to rethink our views about the makeup of the court,” Sen. Elizabeth Warren (D-Mass.) told the paper. “They’ve undermined confidence in the court and force us in Congress to rethink how to build a court that the American people can trust.”

Pro-Roe Democrats may have a newfound sense of urgency on their side. They just don’t have the math to match. There’s nothing they can do for now to halt or reverse the Supreme Court’s conservative ascendancy.

Stop me if you’ve heard this before: In a Senate split 50-50 between the parties, Democrats don’t have the 60 votes they would need to push a court-packing bill past a filibuster, nor can they summon a two-thirds majority of both houses of Congress to amend the Constitution in order to pass some of their other desired reforms.

This isn’t just a failure to achieve a supermajority — a pro-life Democrat like Sen. Joe Manchin of West Virginia probably isn’t going to help the party restructure the court in order to get different results in abortion cases, and it’s doubtful that a pro-choice Republican like Sen. Susan Collins of Maine would cross the aisle to do so, either. There is currently no path to a Senate majority for Supreme Court reform. And with Republicans apparently poised to recapture the House of Representatives next fall, it might be years or decades before the next real opportunity opens up for Democrats to make changes. (Anger over the court’s abortion ruling probably won’t change that.)

So what do pro-choice activists do? Probably, they’ll have to settle in for a long-term struggle.

That’s certainly what pro-lifers did. The Supreme Court’s conservative supermajority didn’t materialize out of thin air. It’s the result of nearly a half-century of persistence among anti-abortion activists, a multi-generational effort that is just now bearing its desired fruit.

They spent decades using institutions like the Federalist Society to help embed like-minded judges throughout the federal judiciary, creating a bench of conservatives ready and waiting to be called up to the high court. They made themselves a critical constituency to the Republican Party. (The late Sen. Robert Dole [R-Kan.] helped pass the GOP’s first anti-abortion plank in 1976 as part of his bid to become Gerald Ford’s running mate — he’d barely won re-election two years earlier by attacking his opponent as a pro-abortion candidate.) And in turn, those Republicans built a conservative majority on the court.

They did it through guile, as when then-Senate Majority Leader Mitch McConnell (R-Ky.) kept Justice Antonin Scalia’s seat open in 2016 for Neil Gorsuch by refusing to hold a vote on President Obama’s nominee, Merrick Garland. They did it by refusing to compromise: President George W. Bush had to withdraw the nomination of Harriet Miers in 2005 because pro-life activists were angry that she had little public record of opposing abortion. And they did it by acting strategically: Justice Anthony Kennedy retired so a Republican president could appoint his replacement; Justice Ruth Bader Ginsburg did not do the same for Democrats. The results are plain to see.

If pro-lifers’ long-term persistence offers an example to Democrats, it also contains a warning. Anti-abortion activists were so desperate to overturn Roe they eventually made themselves into devoted supporters of Donald Trump, a rogue president who shared few of their values but was willing to give them everything they wanted on the court. America is still feeling the ramifications of that choice, far beyond the realm of abortion rights; Democrats need to be cautious they don’t end up embracing their own authoritarian demagogue in order to reverse the consequences.

Despite all their perseverance and power within the GOP, though, it still took nearly 50 years for anti-abortion activists to arrive at this moment. A similar effort might be required from pro-choicers and their allies. Nobody on the left wants to hear that right now, but they should prepare for that possibility anyway. They don’t have the votes to fix the Supreme Court. The changes they seek aren’t coming anytime soon.

The bad news for progressives is that the Supreme Court will almost certainly overturn Roe v. Wade sometime in the next few months. The worse news is that there is nothing that they can do about it — at least, not in the near future. But that’s probably not what you’re going to hear from…

The bad news for progressives is that the Supreme Court will almost certainly overturn Roe v. Wade sometime in the next few months. The worse news is that there is nothing that they can do about it — at least, not in the near future. But that’s probably not what you’re going to hear from…

The nagging mystery of Trump’s BS