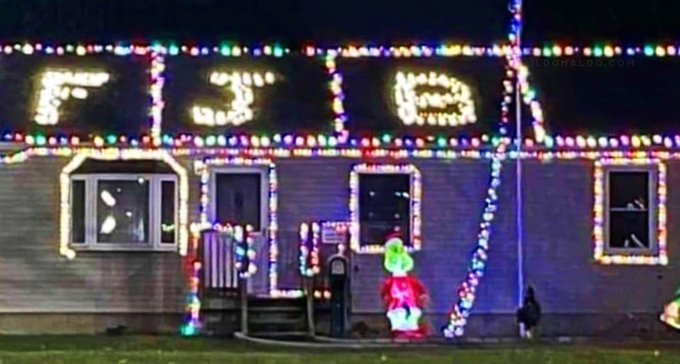 Friday Newsfeed: In A Festive Mood During The Biden Era

Christmas 2021 will go down as the official “Little Christmas”…

Rick Moran: Nearly Half of U.S. Households Say Inflation Is Causing Them Hardship

WATCH: President Biden comes to the stage more than 2 minutes after being introduced by LL Cool J at the National Christmas Tree lighting ceremony

Twitchy: ROFL! LL Cool J introduces Biden at National Christmas Tree Lighting ceremony and OMG you have to watch what happens next (video)

At least the band continued to play as the titanic was sinking.. this band just gave up.

Jobs report was an anemic 210,000 jobs added despite 573,000 expected. It’s almost as if firing people for not taking the vaccine isn’t a great way to improve the labor scenario.

On the bright side, the White House says gas is down two cents.

I hate that they classify these as jobs *added* when we still haven’t recovered all the jobs lost from the pandemic-related shutdowns.

I recall during the O/Biden admin jobs cut from full time to part time (in order for employers to dodge O-care) were counted as “new jobs”.

Maybe more jobs would have been added if Americans could afford the gas it takes to get to a job? @ComfortablySmug https://t.co/LWjAnl5sNr

Biden: “I’ve used every tool available to address price increases and it’s beginning to work. Take gasoline and gas prices. Last week I announced the largest ever release from the United States Strategic Petroleum Reserve to increase the supply of oil and help bring down prices.” pic.twitter.com/4Y5iWS6jJz

Chris Queen: Biden Administration to Restart Trump’s ‘Remain in Mexico’ Policy … And when it is shown to be successful (again) at stopping the hemorrhaging on the border he will take full credit and his administration will insist it’s NOT the Trump policy. After all, it’s Biden’s ‘vaccine’ and there wasn’t any vaccines or vax distribution before old Joe came into office, or something.

DM: Psaki blames COVID for surge in smash-and-grab raids: Pandemic is ‘root cause of lawlessness’ and Biden’s plans will get more cops ‘on the beat’, she says … Peppermint Psaki is an unfunny joke.

Crying On-Cue: Other actors call bullshit on Alec Baldwin’s “his truth” of the movie set shooting…

The Alec Baldwin interview is an absolute disaster. Like almost as bad as Prince Andrew on BBC.

Alec Baldwin releasing the hammer on a vintage gun is the same as pulling the trigger.

(Adam Baldwin is NOT related to Alec Baldwin)

Twitchy: ‘Narcissistic sociopath’: Alec Baldwin says he feels no guilt over the death of Halyna Hutchins … This, from the same leftist ilk that insists pro 2A and legal gun owners are responsible for everyone else’s gun crimes.

This is Howard Springs Quarantine Camp in The Northern Territory of Australia. Indigenous Aboriginal leaders have released videos saying they are being forced to go there.

What happened to helping those who have a history of state oppression.

Where is the international outcry? pic.twitter.com/3tThbMfwhf

Mary Chastain: COVID Madness: Germany Isolates Unvaccinated, Australia Arrests Escapees From Quarantine Compound: Insanity. Once you give these people the power they will not let it go. The craziness in Australia continues but Germany is going over the edge… … Good God, you insane Huns and Ozzies!

Kevin Downey, Jr: Three Teens Who Escaped From Aussie COVID Camp All Have One Thing in Common, and It’s Not the Virus: Australian COVID camps are open for business, and business had been good. Until the escapes began…

Kyle Rittenhouse is one thing, and it’s a big one. But if you really want to know why we have a Second Amendment, look no further than the absolute abomination that is happening in Australia. G-d help this illegitimate junta and any of its enforcers if they try this shit here. And G-d help us…

It has been debated for a long time, but it is now officially safe to disregard every word spoken by @jimcramer. Military enforcement of mandatory vaccines for everyone? This guy has lost it. Take that idea to Germany. They acted that way in the 1940s.https://t.co/drhuAAR6tU

A.J. Kaufman: Biden Tightens Travel Rules and Pushes Boosters in Winter Speech: Reacting just after the speech, however, Dr. Marty Makary was puzzled over how Biden “created artificial construct that we have insufficiently boosted population.”…

‘Indian govt has declined to meet the US companies’ requests for legal protection over any side-effects from use of their shots…”https://t.co/sPhukZ28em

If you’re a “The Walking Dead” fan and also a fan of its prequel (that now has caught up to TWD‘s timeline) “Fear The Walking Dead” you will recall in FTWD‘s earliest episodes radios and TVs in the background of scenes are rattling on about “the flu” epidemic and “hurry and get your ‘flu shot’”. In those episodes I found myself cementing not only the basic idea that the sickness and the after-death ‘zombie’ conversion was brought on by a virus … and that it was manmade. And the push for the vaccine was either part of the population ‘culling’ experiment, or an attempt to curtail the explosion of infection that inevitably lead to the zombie apocalypse. No mention(s) of the “flu” aspect or the “flu shots” was ever mentioned again in FTWD or TWD. As everyday passes with this two years ‘pandemic’, I find the sci-fi apocalyptic story to have been pretty prescient on the bio-weapon aspect, and possibly on the vaccine being part of it, especially when we see how the powers that be cut-down anything that might be used to actually treat those people who get infected/sick from the virus. And yes, they indeed demand the masses now become fear-induced obedient zombies to dictatorial governing. 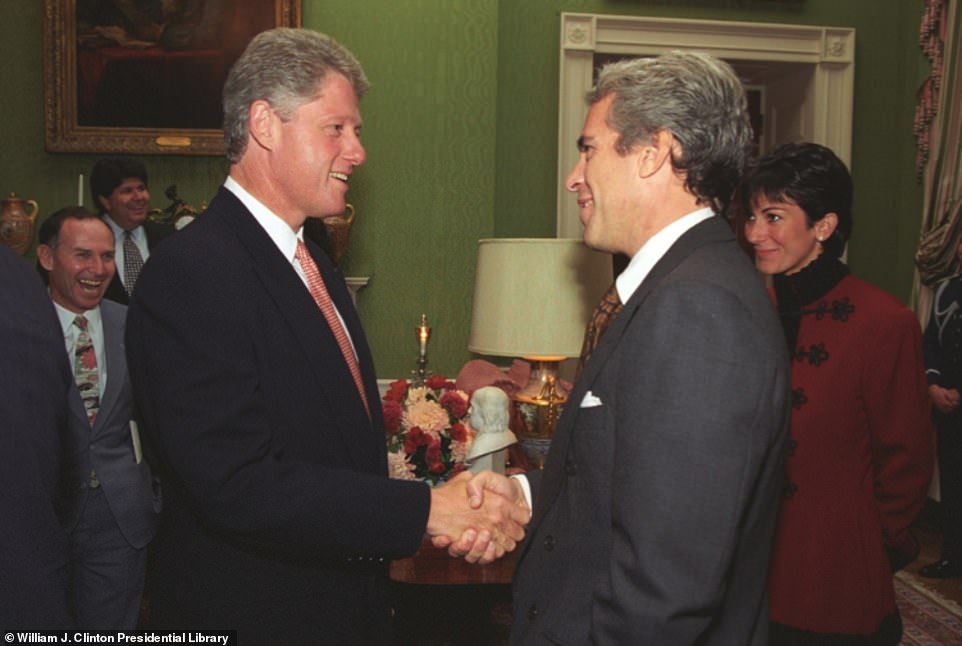 Alec Baldwin is confirmed as present in Epstein’s Black Book

DM: EXCLUSIVE: Jeffrey Epstein’s access to the Clinton White House laid bare: Visitor logs reveal pedophile visited the former president at least 17 TIMES – including a dozen in 1994 and twice in one day on three separate occasions 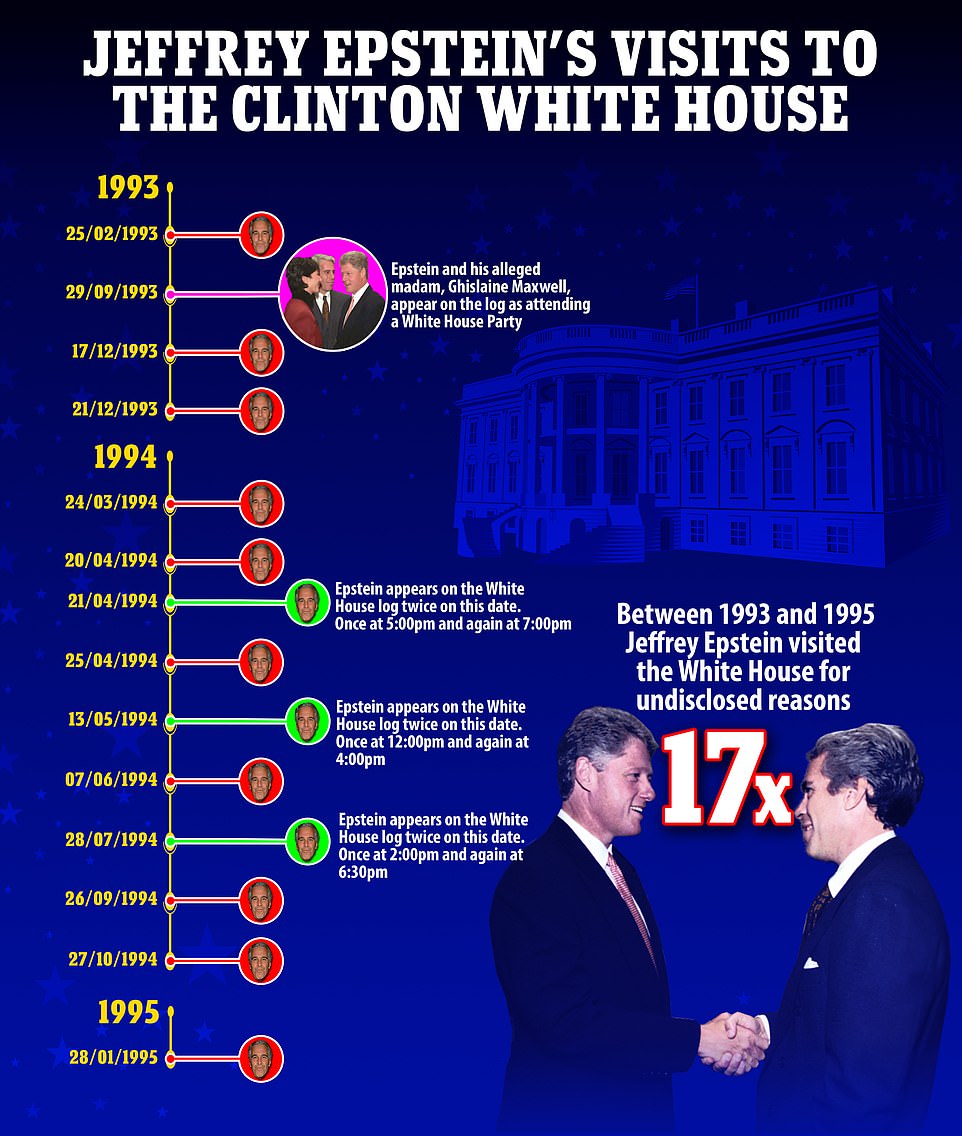 Ladies and Gents, the “Speaker” of The House…

Why Did Bezos Give Obama $100 Million?