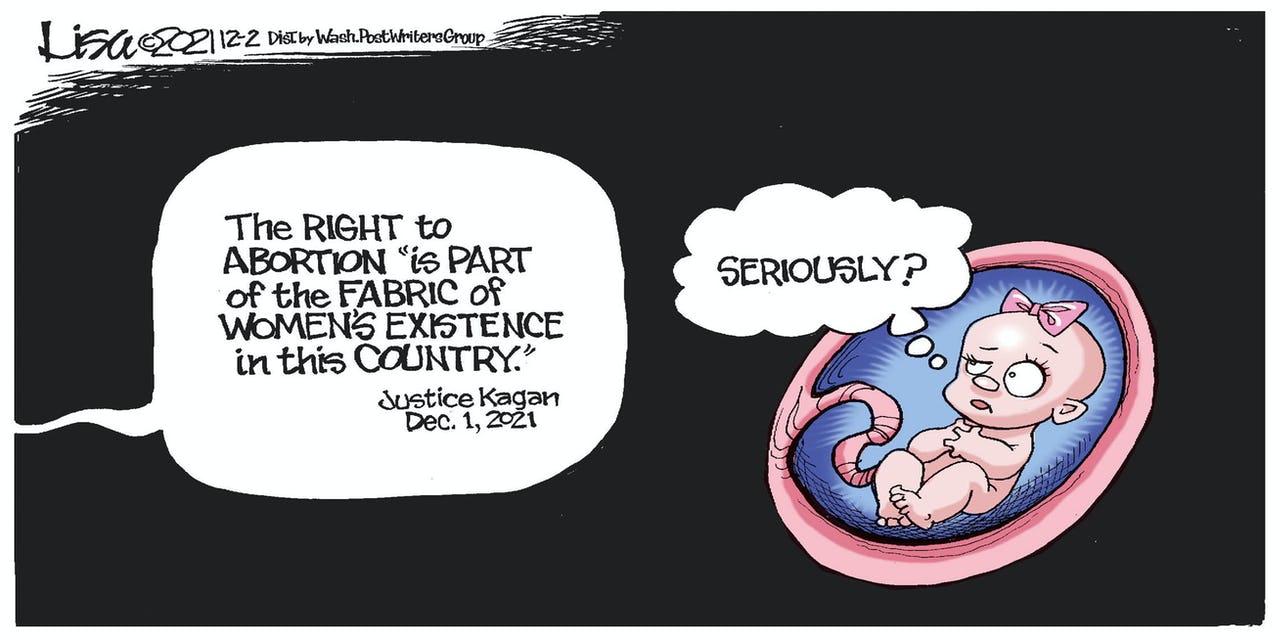 SCOTUS Hears Most Important Abortion Case in a Generation

Democrats are already threatening the justices with “revolution” if they dare to overturn Roe.

Yesterday, the Supreme Court heard arguments in the case Dobbs v. Jackson Women’s Health Organization. The prerogative of the petitioners from Mississippi was to ask the Supreme Court to uphold the ban on abortions past 15 weeks gestation and to give the decision on abortion back to the states. Doing so could extend to completely overturning Roe v. Wade and Planned Parenthood v. Casey.

There are three main arguments that both the petitioners and the respondents presented. 1) Is there enough reason to overrule Roe and Casey? 2) When is a baby viable, and is this a good measure for determining when an abortion is appropriate? 3) Should the right to decide abortion legislation be given back to the states?

The Right’s argument for upholding the 15-week ban and overturning Roe is based on the lack of constitutional standing for Roe in the first place. Roe and Casey defy “text, structure, history and tradition,” therefore the Court should rule to let the states decide how to handle the “hard question” of abortion.

As for the respondents’ position, our Mark Alexander, who has written extensively on the racist roots of abortion, observes: “The Left’s argument is built on contorting the 14th Amendment to affirm protection of ‘bodily autonomy’ and a woman’s ‘right’ to make decisions for herself — and by extension for the child she is carrying. This is a specious argument as that autonomy and right was exercised at the time of conception (rape and incest exceptions noted). So if we are to believe the premise of the #MeToo movement — that women have a right to choose when and with whom they will have sex (and we all certainly subscribe to and affirm that right) — then their ‘choice’ has already been made. They already exercised their right to choose. Having done so, they have forfeited the right to choose death for another life they created.”

The justices asked a plethora of questions, mainly regarding the three arguments laid out above. Justice Sonia Sotomayor asked why the viability line should change. After all, babies before their cortices are developed can’t feel pain according to the (ostensible) majority of doctors. She compared young babies in the womb to brain-dead people as a way to argue that medical advancements do not justify changing the viability standard. She also take aim at the Court’s viability if it overturns Roe: “Will this institution survive the stench that this creates in the public perception that the Constitution and its reading are just political acts? … I don’t see how it is possible.”

What Roe did is treat the Constitution and its reading as political facts. Overturning that appalling decision would restore Rule of Law.

Justice John Roberts questioned why the respondents were all worked up about a ban after 15 weeks. He said, “Mississippi’s limit of 15 weeks was not a ‘dramatic departure’ from viability and gave women enough time to make the choice to end their pregnancies.”

Justice Amy Coney Barrett blasted the respondents’ assertion that having children hurts women’s careers. Barrett is a mother of seven, and that certainly hasn’t hurt her career. She also mainly focused her questions on the lack of mention of Safe Haven laws (adoption) in the respondents’ brief. This is pretty typical of pro-abortionists since they don’t like to offer life-saving alternatives for the child.

Meanwhile, outside the courthouse, U.S. senators were threatening the Supreme Court should they dare to overturn Roe and Casey. Senator Jeanne Shaheen (D-NH) warned that there would be a revolution. House Speaker Nancy Pelosi asserted that overturning Roe would “erode the legitimacy” of the Court. Other lawmakers simply took to social media to whip their followers into a frenzy.

This attempt at intimidation and outright threats against the justices is not new. Recall that then-Senate Minority Leader Chuck Schumer once threatened Justices Neil Gorsuch and Brett Kavanaugh when another abortion case was brought before the Court. This precedent for Democrats attacking Supreme Court justices was set back in the Obama administration and it has only gotten worse.

The decisions regarding Roe and the fruit of its poisoned tree, Casey, should not have been made in the first place. The justices at the time used their power to divine rights that were not in the Constitution, which have had devastating consequences. Dobbs v. Jackson Women’s Health Organization will not be decided until next year, but let’s hope that the Washington Post’s prognostication is correct: “Supreme Court appears inclined to uphold Mississippi’s 15-week abortion law.”

December 2, 2021 Democrats are already threatening the justices with “revolution” if they dare to overturn Roe. Yesterday, the Supreme Court heard arguments in the case Dobbs v. Jackson Women’s Health Organization. The prerogative of the petitioners from Mississippi was to ask the Supreme Court to uphold the ban on abortions past 15 weeks gestation and to give the…

December 2, 2021 Democrats are already threatening the justices with “revolution” if they dare to overturn Roe. Yesterday, the Supreme Court heard arguments in the case Dobbs v. Jackson Women’s Health Organization. The prerogative of the petitioners from Mississippi was to ask the Supreme Court to uphold the ban on abortions past 15 weeks gestation and to give the…